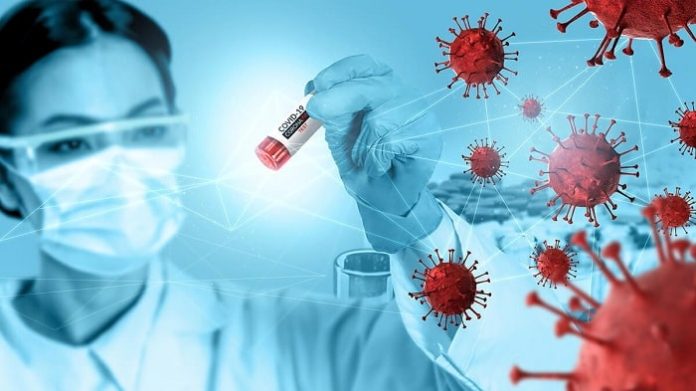 INOVIO, a biotechnology company focused on bringing to market precisely designed DNA medicines to treat and protect people from infectious diseases, cancer, and HPV-associated diseases, announced that it has received regulatory allowance for two clinical trials investigating heterologous boosting with INO-4800, its DNA vaccine candidate for COVID-19, through partner and trial-sponsor Advaccine Biopharmaceuticals Suzhou Co., Ltd. together with Sinovac Biotechnology. The studies will evaluate the safety, tolerability and immunogenicity of heterologous prime-boost sequential immunizations using INO-4800 and CoronaVac®, an inactivated COVID-19 vaccine developed by Sinovac and validated by the World Health Organization (WHO) for emergency use.

China’s Center for Drug Evaluation of the National Medical Products Administration has allowed the initiation of two Advaccine-sponsored open-label, positive-control trials to evaluate the safety, tolerability, and immunogenicity of mixed boosted regimens. Both studies, which will be conducted in China, are anticipated to begin this fall and will involve healthy adult subjects 18 years of age or older.

Dr. J. Joseph Kim, President and CEO of INOVIO, said, “With the increased challenge of the highly contagious delta variant and other variants of concern around the world, our work with Advaccine and Sinovac is more important than ever. We are especially proud to expand on our partnership with Advaccine to explore heterologous prime-boosting using INO-4800 to protect more people in the continued fight against COVID-19. If approved, we believe INO-4800 will be well-positioned to serve the vaccine needs of the global community as both a primary and a booster vaccine due to its tolerability, balanced cross-reactive immune responses, and strong thermostability profile that does not require cold or ultra-cold-chain transport.”

Dr. Bin Wang, Founder and Chairman of Advaccine, said, “The development of heterologous prime-boost strategies for COVID-19 vaccines with different mechanisms of action is an important research direction in the field of vaccine applications. It provides an efficient solution to synergistically enhance the immunogenicity of vaccines, a key factor to fight against the current increase in global COVID-19 cases and variants of concern. We look forward to partnering with INOVIO and Sinovac on this important effort building on our pre-clinical work, which found that prime-boosting brings the advantages of two different vaccine applications to produce an even stronger and more balanced immune response.”

INOVIO previously announced the expansion of its partnership with Advaccine to jointly conduct the global Phase 3 segment of the ongoing Phase 2/3 trial called INNOVATE (INOVIO INO-4800 Vaccine Trial for Efficacy). The global INNOVATE Phase 3 efficacy segment is being prepared in multiple countries with an initial focus on Latin America, Asia and Africa. The primary endpoint will be virologically confirmed COVID-19 cases. The 2.0 mg dose was selected from the Phase 2 segment, where INO-4800 was shown to be generally well-tolerated and immunogenic across all adult age groups.

Recent analysis using clinical samples showed that INO-4800 maintained a robust T cell level against the delta variant, when compared to T-cell responses from the original wildtype strain, further demonstrating INO-4800’s ability to generate CD8 T cells, which INOVIO believes will be crucial in mitigating against rising variants such as delta. This data complements the Phase 1 and 2 trial data for INO-4800, which highlighted key advantages across INOVIO’s DNA medicines platform – specifically, the ability to induce a balanced immune response that includes engagement of both T cells and B cells.

In parallel with INO-4800, INOVIO is also developing a novel, pan-COVID, second-generation vaccine candidate, INO-4802, which is designed to protect against current and future variants of concern. In May 2021, INOVIO published a manuscript in BioRxiv that demonstrated cross-reactive immune responses against current and emerging viral variants using INO-4802 as either a first-line vaccine or potentially as a booster for individuals previously immunized with various wildtype strain-matched vaccines. Specifically, INO-4802 induced potent neutralizing antibodies and T cell responses against the original wildtype strain as well as against alpha, beta, gamma, and delta variants in pre-clinical models.

Composed of a precisely designed DNA plasmid, INO-4800 is injected intradermally followed by electroporation using a proprietary smart device delivering the DNA plasmid directly into cells in the body and is intended to produce a well-tolerated immune response. INO-4800 is the only nucleic-acid based vaccine that is stable at room temperature for more than a year, at 37o C for more than a month, has a five-year projected shelf life at normal refrigeration temperature and does not need to be frozen during transport or storage – all of which Inovio believes are important considerations for mass immunizations.

INOVIO has 15 DNA medicine clinical programs currently in development and focused on HPV-associated diseases, cancer, and infectious diseases, including programs for Middle East Respiratory Syndrome, Lassa Fever and COVID-19 being developed under grants from the Coalition for Epidemic Preparedness Innovations and the U.S. Department of Defense. DNA medicines are composed of precisely designed DNA plasmids, which are small circles of double-stranded DNA that are synthesized or reorganized by a computer-sequencing technology and designed to produce a specific immune response in the body.

INOVIO’s DNA medicines deliver optimized plasmids directly into cells intramuscularly or intradermally using INOVIO’s proprietary hand-held smart device called CELLECTRA®. The CELLECTRA® device uses a brief electrical pulse to reversibly open small pores in the cell to allow the plasmids to enter, overcoming a key limitation of other DNA and other nucleic acid approaches. Once inside the cell, the DNA plasmids enable the cell to produce the targeted antigen. The antigen is processed naturally in the cell and triggers the desired T cell and antibody mediated immune responses. Administration with the CELLECTRA® device ensures that the DNA medicine is efficiently delivered directly into the body’s cells, where it can go to work to drive an immune response. INOVIO’s DNA medicines do not interfere with or change in any way an individual’s own DNA. The advantages of INOVIO’s DNA medicine platform are the relative speed at which DNA medicines can be designed and manufactured; the stability of the products, which do not require freezing in storage and transport; and the robust immune response, and tolerability that have been observed in clinical trials.

With more than 3,000 patients receiving INOVIO investigational DNA medicines in more than 7,000 applications across a range of clinical trials, INOVIO has a strong track record of rapidly generating DNA medicine candidates with the potential to meet urgent global health needs.