Sales increased by 9% in local currencies and by 8% in Danish kroner to DKK 27.2 billion.

World pharma today/Industry reports/- Operating profit decreased by 10% reported in local currencies and by 11% in Danish kroner to DKK 12.3 billion.

Adjusted for the non-recurring income related to the partial divestment of NNIT and the income related to out-licensing of assets for inflammatory disorders, both in 2015, operating profit in local currencies increased by 10%.

In February, Novo Nordisk announced the successful completion of the SWITCH 1 trial demonstrating the ability of Tresiba® to lower the rate of hypoglycaemia compared to insulin glargine U100 in people with type 1 diabetes.

In March, Novo Nordisk announced that Victoza® in the LEADER trial, comprising more than 9,300 people with an average treatment of approximately four years, significantly reduced the risk of major adverse cardiovascular events.

On 28 April, Novo Nordisk announced that semaglutide, a once-weekly GLP-1 analogue, significantly reduced the risk of major adverse cardiovascular events in the SUSTAIN 6 trial. Following the successful completion of the SUSTAIN programme, Novo Nordisk intends to file for regulatory review in the US and EU in the fourth quarter of 2016.

Lars Rebien Sørensen, president and CEO said that we are pleased with the results during the first quarter of 2016 where Victoza® and Tresiba® both delivered significant growth. Furthermore, we are very encouraged by the successful outcomes of the SWITCH, LEADER and SUSTAIN trials, which further strengthen the clinical profiles of Tresiba®, Victoza® and semaglutide. 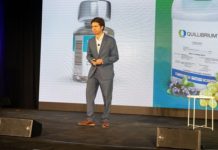