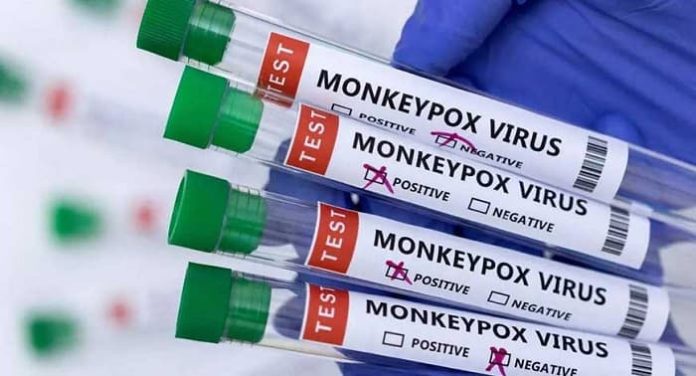 In the United States, adults and kids with monkeypox infection are now being enrolled in a Phase 3 clinical trial assessing the antiviral tecovirimat, better known as TPOXX. The study’s researchers hope to include more than 500 participants from clinical research facilities around the country. For more details, volunteers interested in participating should visit the ACTG website (clinical trial A5418). Sponsoring the experiment is the National Institute of Allergy and Infectious Diseases (NIAID), a division of the National Institutes of Health.

The U.S. Food and Drug Administration has given the smallpox medication Tecovirimat, produced by the pharmaceutical firm SIGA Technologies, Inc., New York City, its approval. Targeting a protein present on both the variola virus, which causes smallpox, and the monkeypox virus, the medication blocks the virus from spreading in the body by blocking viral particles from leaving human cells. Through an enhanced access or compassionate use request process, doctors can already obtain tecovirimat for American patients with monkeypox.

Anthony S. Fauci, M.D., director of NIAID, stated that monkeypox can be a very painful sickness that lasts for weeks. Their understanding of how well this medication may lessen uncomfortable symptoms of monkeypox and avoid serious outcomes is now hampered by the absence of efficacy evidence. These crucial questions were addressed by the clinical experiment.

This past summer, the World Health Organization (WHO) and the U.S. Department of Health and Human Services both declared a public health emergency due to a human monkeypox virus outbreak that was first discovered in May 2022. Although other populations, such as women and children, can contract the disease, the majority of cases that have been reported so far have involved men who have had sex with other men. The WHO has documented 52,996 cases and 18 fatalities across 102 countries, territories, and regions from January 1 to September 7, 2022. 21,274 cases have been documented in the US, according to the Centers for Disease Control and Prevention.

Prior to the global outbreak, the majority of monkeypox cases and outbreaks were restricted to central and west African nations where the virus is prevalent. Monkeypox can result in uncomfortable skin sores and flu-like symptoms. In a small percentage of cases, the monkeypox virus can result in severe side effects such as diarrhoea, infectious diseases, pneumonia, brain inflammation, sepsis, eye infections, and even death. The virus can spread from one person to another by direct contact with skin lesions, bodily fluids, and respiratory droplets, as well as through close personal relationships, particularly sexual relationships, and indirect contact with things like infected bedding or clothing. Initial investigations suggest that the current outbreak may be influenced by sexual transmission.

Timothy Wilkin, M.D., a professor of medicine at New York City’s Weill Cornell Medicine, is in charge of the tecovirimat clinical trial in the United States. The experiment is open to adults and kids of any age who have the monkey pox. Adults with serious monkeypox virus infection as well as those at high risk for developing the disease, such as individuals who have underlying immune deficiencies, inflammatory skin conditions in the past or present, pregnant women, and children, will all be registered in an open-label arm in which everyone receiving the treatment receives tecovirimat. The treatment of tecovirimat or placebo pills will be distributed at random to the remaining 530 adult volunteers in a 2:1 ratio. Tecovirimat pills are used orally over a period of 14 days; the dosage is determined by the participant’s weight. Because this portion of the experiment is double-blind, neither the participants nor the researchers will be aware of whether they are getting tecovirimat or a placebo.

To find out if people taking Tecovirimat heal more quickly than those taking a placebo, researchers will compile data. The effects of tecovirimat on pain scores, rates of disease development to severe disease, the removal of the monkeypox virus from diverse samples, and its safety will also be studied, among other things. Additionally, this study will offer crucial information regarding the safest dosage and use of tecovirimat in children and expectant women.

In addition to keeping a symptom journal, performing daily skin tests at home, and attending both online and in-person clinic consultations, participants will be monitored for a minimum of 8 weeks. Additionally, they will have medical examinations and be required to donate blood and other bodily fluids, involving swabbing fluid from their lesions.

The FDA will receive information on the safety and effectiveness of Tecovirimat. Throughout the course of the study, participant safety will be under the scrutiny of an impartial Data and Safety Monitoring Board (DSMB). The trial’s timeline will be influenced by enrolment volume. In the Democratic Republic of the Congo, NIAID is also working with the National Institute for Biomedical Research (INRB) to launch a separate clinical trial of tecovirimat for adults and children with monkeypox. An announcement to be made soon will provide further details regarding that trial.

Research on the origins of infectious and immune-mediated disorders is conducted and supported by NIAID at the National Institutes of Health (NIH), across the country, and internationally. This research aims to improve methods for protecting, diagnosing, and curing these diseases.