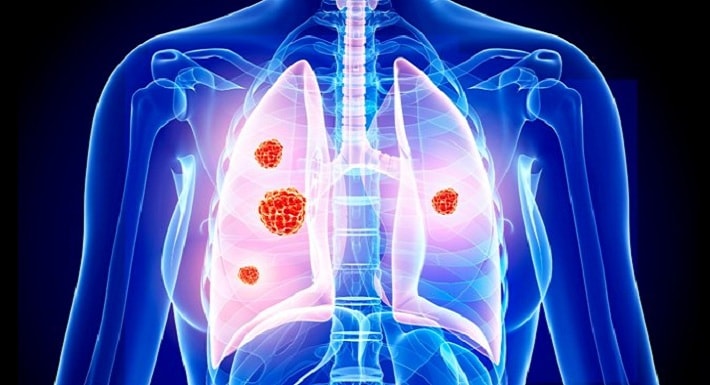 Amgen is in the lead in a carefully watched race among KRAS inhibitors after winning a lung cancer randomised study. Now, the California drugmaker is giving an early peek at the precise data that might set the benchmark for all others to come, notably Mirati Therapeutics, Roche and Novartis.

According to an abstract presented at the European Society for Medical Oncology congress in 2022, Amgen’s Lumakras reduced the risk of disease or death in patients with previously treated KRAS G12C-mutated non-small cell lung cancer by 34% when compared to the chemotherapeutic drug docetaxel. Currently, Lumakras is the only FDA-approved product.

Compared to 10.1% for docetaxel, 24.8% of Lumakras users after one year were still alive and had no signs of a deterioration in their condition. Therefore, the primary endpoint of the phase 3 CodeBreaK 200 experiment was achieved. But until a presentation recently, it was unknown how long patients in each arm went without developing illness. These results could aid medical professionals in determining whether Lumakras’ benefit was clinically significant and aid financiers in estimating the drug’s market potential. Industry observers had anticipated Lumakras to exhibit a difference of roughly two months based on historical statistics.

There was no discernible distinction between the 2 treatment arms regarding whether Lumakras extended patients’ lives.

However, as noted by Jean-Charles Soria, M.D., Ph.D., senior vice president of cancer worldwide development at Amgen, CodeBreaK 200 was not powered for a survival analysis. Additionally, Amgen reduced enrolment in the study due to ethical concerns about subjecting an excessive number of patients to docetaxel since Lumakras had presented promising results in the stage 1/2 CodeBreaK 100 trial, which were discussed with the FDA.

To be fair, industry observers weren’t really paying attention to the survival marker since the impact of future therapies might have been muddled. After disease progression, patients in the docetaxel group of CodeBreaK 200 were permitted to receive Lumakras.

However, the new trial did show that Lumakras’ tumour response rate was lower than in the early-stage study that led to its historic FDA accelerated approval in 2021. In CodeBreaK 200, Lumakras shrunk tumours in 28.1% of patients. Even though that was considerably better than Docetaxel’s 13.2%, Lumakras’ own 36% performance in CodeBreaK 100 was still higher.

Prior to the results release, Soria emphasised that the patients in the two groups were marginally different. While just 70% of participants in the phase 1/2 had received immunotherapy, every patient in the phase 3 had. According to him, patients in phase 3 had more severe illness burdens. In addition to describing the 34% increase in progression-free survival as significant, Soria emphasised the significance of Lumakras’ superior safety profile. 10.7% of patients in the CodeBreaK 200 group experienced serious side effects, compared to 22.5% in the chemo group.

In addition to being the first randomised study of a KRAS inhibitor, CodeBreaK 200 may prevent Mirati from using an expedited approval process for its competing medication, adagrasib. The FDA will decide on Mirati by December 14. The Mirati drug won’t be qualified for a consent based on tumour shrinkage data if the FDA changes Lumakras’ priority review into a full nod before making a decision on adagrasib’s application.

According to Soria, Amgen is in official contact with the FDA. He declined to provide a timetable for a prospective approval and deferred to the FDA instead. Amgen and Mirati are competing against one another in a brand-new field called colon cancer, although Amgen is trailing Mirati there so far.

At the ESMO meeting in 2022, the business presented updated data from the phase 1b CodeBreaK 101 trial that showed tumour shrinkage in 30% of KRAS G12C-mutated colorectal cancer when Vectibix, an EGFR inhibitor from Amgen, was coupled with Lumakras.

According to brand-new results from the Krystal-1 study presented at the ESMO meeting, Mirati’s adagrasib, combined with Eli Lilly’s EGFR inhibitor Erbitux, revealed a 46% response rate in colorectal cancer. Given that participants in Lumakras’ research only had a median of two lines of therapy, Mirati’s findings are even more impressive given that patients in the adagrasib trial had tried a median of three prior lines of therapy.

However, because they were produced from a small number of patients, these preliminary data should be treated with caution. Amgen’s findings involved 40 patients, while Mirati’s involved 28.

Sizable phase 3 trials with several hundred patients will provide the real picture, as Soria put it. In second-line KRAS-mutated colorectal cancer, Amgen’s phase 3 CodeBreaK 300 trial is now comparing the Lumakras-Vectibix combination to either Bayer’s Stivarga or Taiho Pharma’s Lonsurf. A third phase, known as Krystal-10, is being carried out by Mirati in a second-line environment.