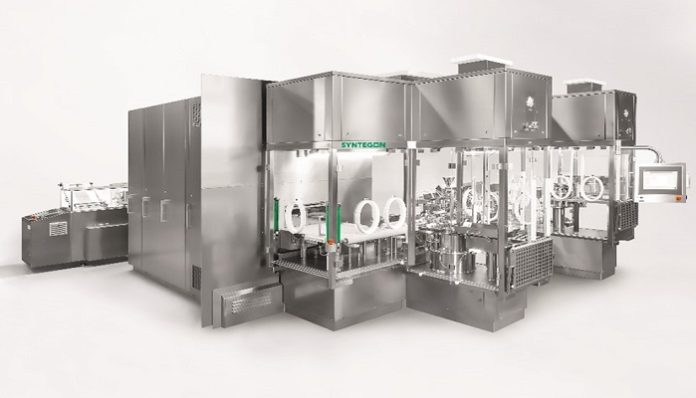 Nobody really likes to feel numb until they go see a dentist. Tooth extraction or drilling becomes a little less scary when topical anesthetics are used. One of the most common choices is lidocaine, a potent injectable narcotic. In such high-pressure scenarios, it might come as no surprise that the product itself is slightly sensitive: since it is usually administered via syringes, utmost care is required during siliconization, filling and closing of lidocaine cartridges. As a leading lidocaine manufacturer, Korean pharmaceutical company Huons Global left nothing to chance when it came to expanding its filling operations, relying on equipment from its long-standing partner Syntegon.

For many patients around the globe, lidocaine offers welcome relief during visits to the dentist. For Huons Global, it is much more. The drug laid the basis for the company’s pharmaceutical success in the 1980s. To balance the lack of domestically produced local anesthetics, including lidocaine, the company started producing the latter in Korea instead of importing it – for the sake of fellow citizens’ health.

Besides probiotics, functional cosmetics and eyecare products, the liquid anesthetic has been a major pillar of Huons’ export activities ever since: lidocaine, originally intended for the national Korean market, today is shipped to countries all over the world, including Japan, Vietnam, Thailand and Pakistan. And there is still room for growth: the US is another major market the company wants to serve – but not without having ramped up operations first.

As a liquid drug, lidocaine is marketed in cartridges for direct injection into the respective tissue, e. g. via syringes into the gums or oral mucous membranes. Once it has entered the bloodstream, it quickly produces an effect that can last for several hours – taking the pain out of dental treatment. The filling of the drug requires the smooth interplay of several elements, including the cartridge itself, its silicone layer and stopper.

At Huons Global, state-of-the-art filling equipment from Syntegon ensures all components interact smoothly for optimum delivery: a line with an RRU washer for cartridge cleaning, an HQL sterilization tunnel for drying, decontamination and silicone fixation, and an MLD 3081 filling machine had been used to process 1.8 ml lidocaine cartridges for decades.

The company required a second line. But what sounded perfectly sensible at first turned out to be a daunting challenge for more than one reason: not only did Huons’ facility layout require a space-saving line set-up; the COVID-19 pandemic also moved the company to rely on remote consultation and planning to get its second line up and running. “We knew from the start this was going to be a tough nut to crack,” says Jong Dae Lee, engineering manager at Huons Global. “But we already had an idea who to contact – and were happy to entrust Syntegon again with this special task.”

After all, the filling and capping experts from Syntegon had several points in their favor: not only had they worked with Huons Global before, which put them in a unique position to know the company’s cartridge filling requirements. They were also willing to build a second line that would fit in the limited space of a class A cleanroom, requiring an L-shaped set-up instead of the customary straight line. But especially in COVID-19 times, one aspect tipped the scales for Syntegon in the summer of 2020: a well-balanced approach combining fully virtual kick-off meetings and factory acceptance tests (FATs) with the strong support of local sales agent Hakoplan during installation. “Syntegon offered an unmatched level of flexibility, which led us to tackle this project with the company, too,” Lee emphasizes.

A remote look at things 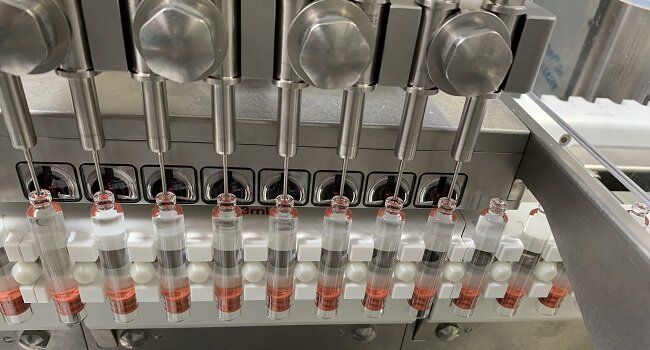 Planning took place remotely via computer screens, but with a great level of passion for even the most challenging aspects, such as precise siliconization, filling and cartridge handling. The thin silicone layer inside the cartridges greatly influences the speed of the stopper inside – and thus the pressure of the administered lidocaine: on inner walls with too much silicone, stoppers slide too fast, leading to excessive pressure in the patients’ tissue. In contrast, too little silicone can cause the stopper to advance too slowly, leading to poor drug delivery. Preventing this from happening calls for reliable sterilizers that are used to fixate the cartridges’ silicone layer at the right speed, without evaporating the crucial material.

The HQL tunnel from Syntegon, which the cartridges enter after cleaning in the RRU, optimally fixates the silicone. Steady heat and sterilization speed lay the basis for this process, which Syntegon has been constantly refining since the launch of the tunnel. “Equipment from Syntegon always reflects the state-of-art in pharmaceutical technology, which was another major reason for Huons to consider the same line set-up. We know what to expect, which greatly facilitates maintenance and hence stable processes,” Lee points out.

Moreover, the cartridge filling itself has to be as precise as possible given the small opening of the 1.8 ml cartridges. Just like the first line, the second includes an MLD 3081 with a time-pressure filling system, featuring 24 filling heads that are distributed among three stations. Once the cartridges’ stoppers have been inserted via a plunger rod and tested for their correct position using a sensor, the containers enter pre-filling, which occurs at two separate stations. Subsequent sensor filling helps achieve the optimum filling level and avoid any air bubbles inside the liquid, reducing costly rejects. The efficient time-pressure system can process up to 400 cartridges per minute. But that wasn’t the only reason why Huons considered it to be the perfect match: the compact filling system also met the company’s space-saving goals in the cleanroom. “We were happy to have this filling option, which helped us to meet both our goals in terms of precision and compact line design,” Lee says. 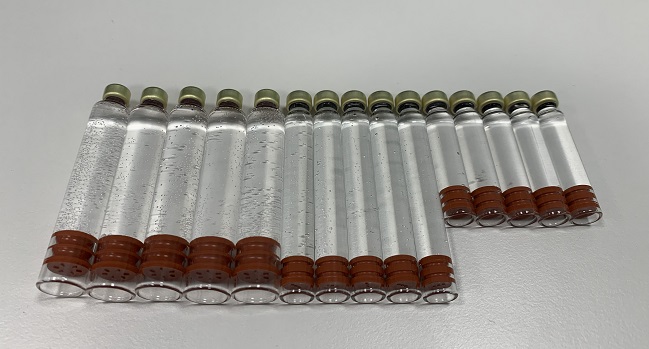 However, cartridge filling wouldn’t be complete without a system for gently handling the delicate containers. Unlike vials, cartridges do not stand as firmly on conveyor belts and are prone to glass breakage on the rim. As a result, manufacturers must avoid container collisions or jarring motions during transport at all costs. Syntegon met these challenges with a scroll-based system for gentle singularization at the line’s infeed, and special carrier systems that hold the cartridges via a customized click system during stopper insertion, filling and capping. In this way, Syntegon makes sure the cartridges remain intact throughout the entire process, contributing to maximum product safety. An integrated inspection system ensures container integrity, as it thoroughly checks each cartridge for defects after filling and closing.

Once Huons and Syntegon had worked out these details, nothing stood in the way of installation – which was possible on-site thanks not only to special COVID regulations, but Hakoplan’s Korean presence as well. Following the still-virtual FAT in June 2021, Huons’ long-standing partner and engineering experts from Germany worked closely together to make the second MLD line a reality. Throughout the summer and fall, they successfully tackled the installation and subsequent qualification, which they completed by the end of the year. “The line has met our expectations to the fullest,” Lee states.

To date, the latest MLD line has helped Huons to effectively fill 600-liter batches of lidocaine at a rate of one batch per day and five days a week. “In this way, we can significantly increase our throughput while operating a line with a particularly small footprint.” The company, as it seems, has now made the right move to tap additional markets – and take the stress out of dentist’s appointments for many more patients to come. 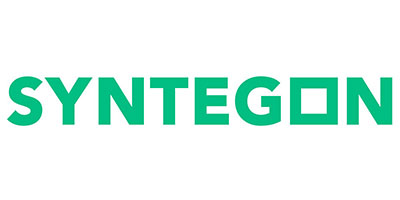 Processing and packaging for a better life – this is what 5,800 Syntegon employees work for everyday. Be it with individual machines, systems, or services, Syntegon helps its customers in the global pharmaceutical and food industries to improve people's lives. The company, which is headquartered in Waiblingen, Germany, looks back on more than 160 years of experience and achieved annual sales of 1.4 billion EUR in 2021. In the pharma sector, the company’s intelligent solutions enable the safe and high-quality production, processing, filling, inspection, and packaging of liquid and solid pharmaceuticals. In the food industry, Syntegon’s flexible and reliable technologies produce and pack
confectionery, dry food, frozen food, and dairy products. With 1,100 service experts and a comprehensive service portfolio throughout the entire machine lifecycle from spare parts management to digital line optimization, Syntegon lays the foundation for smooth production processes for all customers. More than 30 sites in almost 20 countries keep a firm eye on Syntegon’s impact on the environment and society. Syntegon is a leader in the development of sustainable packaging solutions, reduces the energy consumption of its machines and pursues ambitious goals to lower its emissions.www.syntegon.com