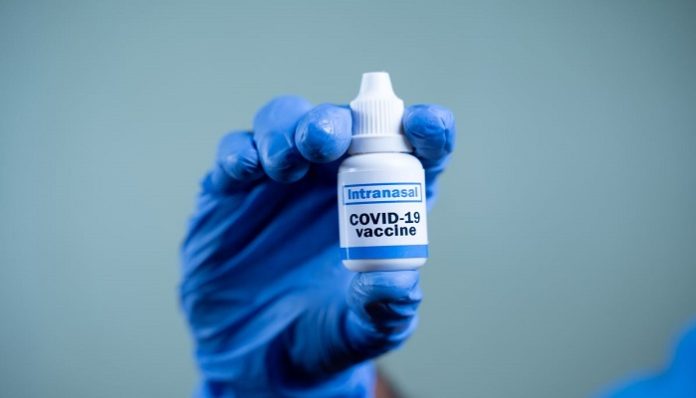 A new type of COVID-19 vaccination that is provided via inhalation rather than injection was this week introduced in Shanghai, the commercial city of China, in what is thought to be a first for the world.

In September, Chinese authorities gave the CanSino Biologics vaccination the go-ahead to be used as a booster. The vaccine is currently being administered to the first patients; it is taken by mouth from a container that resembles a take-out coffee cup and has a short mouthpiece.

According to chief medical officer at Shanghai United Family Hospital Pudong, Dr. Zhao Hui, the body’s first line of defence is the mucous membrane of the respiratory system. They want that to be immediately stimulated to increase immunity, and using the inhaled vaccine does that. The new vaccination, which will be administered alongside standard injection doses, is being given by several hospitals.

The chief medical officer at St. Vincent’s Health Australia, Erwin Loh, commented on what he claimed was the first application of the technology. He said the development of inhaled vaccines is significant not only because they have the potential to prevent infection but also because they may reduce vaccine hesitancy.

A sizable minority of people refuse to get the immunisation because they are afraid of needles. Despite the fact that they might not express it, he added. For China, which continues to be a global outlier due to its adherence to its zero-COVID policy, which aims to eradicate community occurrences of the virus, increasing vaccination uptake is essential. There are still targeted lockdowns in place in Shanghai, which has reported 11 local asymptomatic cases and no new locally acquired symptomatic coronavirus cases as of October 27.

In announcing the inhalable vaccine launch this week, the Shanghai government’s WeChat account stated that 23 million of the city’s 26 million inhabitants had received their initial COVID vaccinations in full and that more than 12 million had obtained booster shots.

Over 90% of the population in China has had a vaccination, according to official figures from the Chinese government. The nation has depended on inactivated vaccines that are made domestically; no mRNA vaccines have been imported or introduced as of yet. An inactive shot is available as an aerosol with the inhaled vaccination.

Loh is optimistic that the outcomes of Shanghai’s experiment with inhaled vaccines will persuade other nations to do the same. He believes the future will be inhaled vaccines for respiratory illnesses like COVID-19.