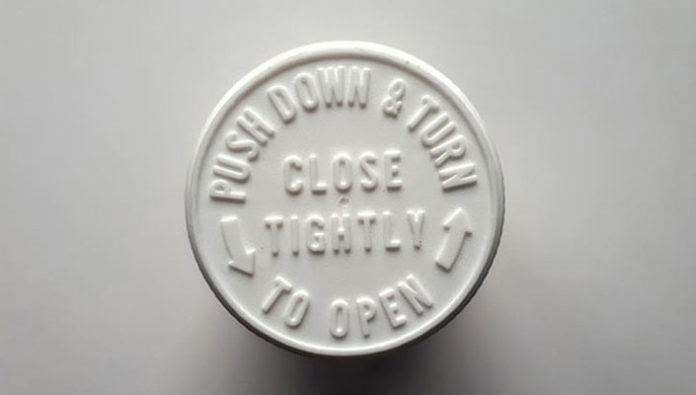 In the pharmaceutical industry and other consumer markets that produce and sell hazardous substances, child-resistant packaging has become an essential element of packaging design. As legislation and regulations increase all around the world and more firms take the moral pledge to lower unintentional child poisoning rates, the child-resistant packaging market is likely to quadruple in size from $20 billion to $40 billion by 2031.

Legislation and public health activities aimed at reducing the occurrence of accidental child poisoning differ substantially from country to country. Despite the fact that pharmaceutical and healthcare manufacturers are required by law to produce child-resistant packaging, a study issued by the EU in 2015 revealed that over a quarter of the products explored were non-compliant with the CLP (classification, labelling, and packaging) Regulation, and nearly 44% were non-compliant with the CRF (child-resistant fastening) Regulation.

Moreover, despite the high occurrence of child poisoning and the necessity for instructional tools, the World Health Organization disclosed last year that over half of the member countries do not have an active poison centre. Many countries, on the other hand, are taking initiatives to help decrease and avoid inadvertent child poisoning. For example, with guidelines dating back to 1966, the United States has been at the forefront of creative packaging solutions that are healthier for children.

The European Union (EU) has enacted stringent rules to help limit and prevent inadvertent child poisoning. The European Chemicals Agency (ECHA) constantly updates the Classification, Labelling, and Packaging (CLP) Regulation ((EC) No 1272/2008) to ensure that dangerous chemicals are safely contained, including child-resistant packaging where necessary. Toxicity, skin corrosion qualities, and respiratory sensitization are among the conditions for substances that must be packaged in child-resistant packaging, according to the law.

There have also been a number of effective public health campaigns. For example, in 2018, Public Health England spearheaded a campaign to raise awareness of unintended injuries such as child poisoning. The programme was successful in raising awareness among parents and carers about the dangers of hazardous chemicals that are not properly stored.

Despite increased legislation and regulation all around the world, which has led to the rise of the child-resistant packaging industry, severe child toxicity from pharmaceuticals and toxic chemicals remains a serious global problem. According to a 2012 EU study, accidental poisoning kills 3,000 children under the age of 14 every year, with acute childhood poisoning being the fifth most common cause of accidental deaths.

Despite improved public awareness, child poisoning remains a serious hazard. In the United States, there were 37.4 toxic exposures per 1000 children under the age of six in 2019. The majority of these poisonings were inadvertent. While people usually identify child-resistant packaging with medical containers, the most basic one’s children are likely to inadvertently consume are products that may be found in the house, such as cosmetics and personal care products, cleaning supplies, and painkiller prescriptions.

Children may inadvertently consume more than just basic household goods. After a student died post eating cannabis-laced sweets in kid-friendly packaging, there have been demands for increased education about illicit cannabis edibles. This is especially true in the United States, where several states have started to legalise marijuana. The packaging of illegally distributed items not only violates US legislation requiring plain packaging to prevent them from being too child-friendly, but they also frequently imitate big companies like Pepsi, Kellogg’s, and Nestle by copying their famous branding.

This could easily persuade or deceive children into thinking the things are genuine. Last year, a Utah food bank unintentionally gave 72 families cannabis sweets that looked like Nerds Rope candy, resulting in the hospitalisation of two children.

The importance of creative packaging design

Manufacturers and packaging designers have turned to innovative new concepts and technologies to decrease the risk of unintentional poisoning in youngsters. Multi-step methods that enable users to undertake a number of activities in order to access containers have proven effective in restricting access by young children. The most prominent example of a multi-step mechanism on domestic goods packaging is child-safe caps that must be twisted while being pushed open.

While this may prevent young children from accessing potentially hazardous materials, the twisting movement may make it very difficult for people with disabilities or the elderly to use the product. This is problematic because not only do elderly people require quick access to medications, but grandparents are also more likely to be in the proximity of youngsters on a regular basis, with a recent study revealing that 28% of grandparents offer childcare for at least two days per week. Packaging designers are currently experimenting with new innovative ways to incorporate multi-step processes that are both child-resistant as well as senior-friendly. For example, prototypes of alerted packages that emit a high-pitched buzzer have shown promising results in discouraging children, with just 6% of children effectively opening the package after 5 minutes, compared to 96% of adults, and can notify caretakers of a harmful package breach.

Packaging designs that are visually distracting may also aid in discouraging young toddlers aged 2 to 3.5 years old. Designing lenticular 3D packaging that distorts depth perception and appears to change colour could be enough to deter toddlers from trying to open the package. More research is needed, according to studies, because visually appealing packaging may lure a youngster even further and pose a larger risk than acting as a deterrent.

Smart packaging, which uses sensors to accurately detect whether an adult or child is attempting to open a container, could be an effective way to prevent minors from gaining access.

BioNTech And Regulator Differ On COVID Jab Approval- WAS

Alexion Irish Factory Gets A $68.7M Upgrade From AstraZeneca