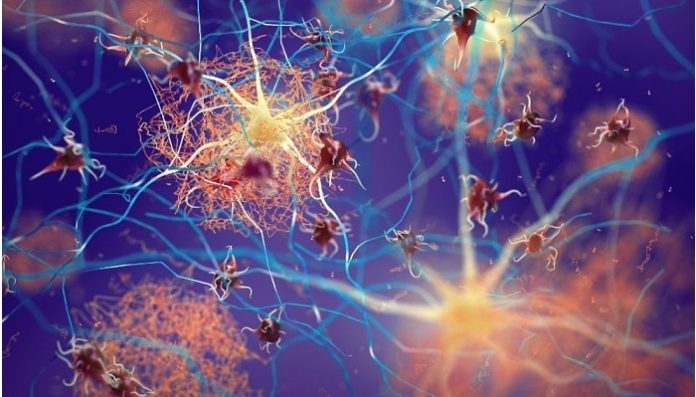 The effectiveness of aducanumab and donanemab in treating Alzheimer’s disease (AD) was successfully simulated using a novel computer model, demonstrating how a steady rise in dosage until reaching the maximum dose helps to minimize cognitive loss and limit adverse effects.

The US-based researchers created personalised treatment plans for each virtual patient by analysing AD medicines that have been approved by the US Food and Drug Administration, such as aducanumab and donanemab, as well as other possible treatments.

The model included low-dose (6 mg/kg) and high-dose (10 mg/kg) regimens for aducanumab and a single-dose (1400 mg) regimen for donanemab, with two predetermined timespans: medium-term (78 weeks) and long-term (10 years). These dosages are the same as those applied in human trials to obtain FDA approval.

Both medications supported the simulation’s long-lasting, significant elimination of beta-amyloid deposits, a protein seen in the brains of Alzheimer’s patients. However, over a modeled 10-year timeframe, donanemab showed to be somewhat more beneficial than aducanumab in reducing cognitive deterioration.

Wenrui Hao, an associate professor of mathematics at Penn State and the study’s principal investigator, said, they are calling this a virtual clinical trial because they used genuine, de-identified patient data to mimic health effects. They had the added advantage of directly evaluating the efficacy of various medications across longer trial runs because they were utilising a virtual simulation, but the findings are almost perfectly in line with those of earlier clinical studies.

Professor of Radiology and Director of the Alzheimer Imaging Research Laboratory at Duke University, Dr. Jeffrey Petrella, who served as a co-principal investigator on the study, added that it frequently takes tens of millions of dollars and many years to undertake a head-to-head comparison of medicines.

It is yet unclear, according to Petrella, if eliminating amyloid plaques is effective or if the monthly intravenous treatment genuinely stops or slows cognitive loss.

An insufficient grasp of the diseases’ complicated mechanisms is responsible for the AD trials’ 99% failure rate. Therefore, it is anticipated that individualised care will be crucial in the treatment and advice of AD patients in the future.

The models that accounted for possible side effects of anti-amyloid medication included brain edoema and haemorrhage, headaches, nausea, vertigo, and disorientation. Petrella outlined how evidence-based assumptions about the pathophysiology of diseases and the workings of treatment agents are also included in virtual trials.

Despite these constraints, this is the first step toward personalising clinical trials, Petrella said when discussing the influence, the model might have on upcoming studies. They have demonstrated the viability of this kind of model. According to him, he pictures it as a fine-tuned tool to improve real clinical trials, refining medicine dosages and pairings for specific individuals.