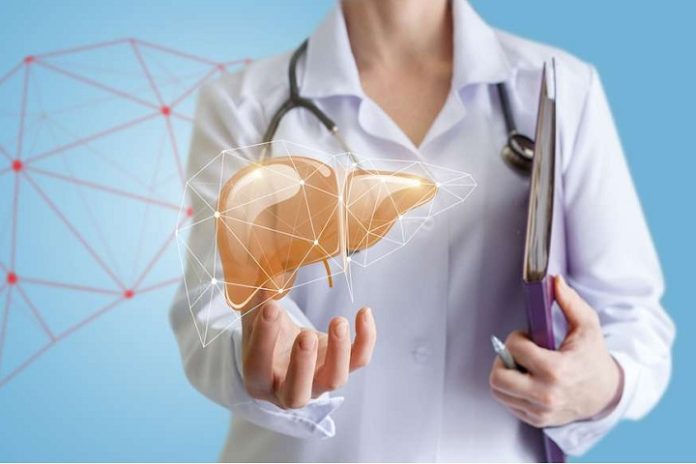 Stand first: There are many alarming statistics concerning liver cancer; especially if you are an Asian man:

For one, nearly 80% of all the cases in the world occur in Asia, and while it is only the fifth most common cancer in the world, it is the second most lethal. Another is that men are four times as likely to get it as women. It is also the number one cause of cancer death among men in their 40s and 50s 20 years earlier than other major cancers like lung cancer and colorectal cancer; often striking men down when they are at the height of their economically productive years and have the most family commitments.

There used to be another scary thing about liver cancer, AKA hepatocellular carcinoma (HCC); for many years there was only one drug to treat advanced HCC. Once that single, first-line therapy was no longer effective, doctors had no second line drug to fall back on.

That was the situation for more than a decade but recently that has changed as advances in immunotherapy and targeted therapies have produced new first and second-line drugs that have significantly improved the prognosis for advanced HCC patients. In the last year several of them have been approved for use in Singapore and other Asian countries. 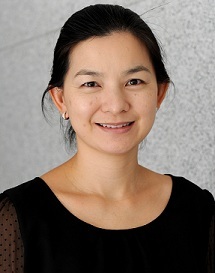 Dr. Choo Su Pin, the President of Singapore Society of Oncology, and a Senior Medical Oncologist at Mount Elizabeth Novena Hospital in Singapore, was involved in some of the research and trials that led to several of those new therapies being approved.

We recently had an opportunity to ask her about the impact of HCC and what the new therapies mean for patients.

WPT: What is hepatocellular carcinoma and why is life expectancy so low after diagnosis?

Dr. Choo: Hepatocellular carcinoma (HCC) is the medical name for liver cancer. HCC is a primary malignancy of the liver and occurs predominantly in patients with underlying chronic liver disease and cirrhosis. Cirrhosis is a late stage of scarring (fibrosis) of the liver caused by many forms of liver diseases and conditions, such as hepatitis and chronic alcoholism.

Like any other part of the body, the cells in the liver can undergo changes to form cancer. We think HCC possibly starts when hepatic stem cells in the liver responsible for repairing it start to multiply out of control in response to chronic liver damage but that remains the subject of investigation.

Like most cancers the prognosis for HCC patients varies depending on the stage of the cancer when it is detected. For stage I and sometimes stage II we can aim for curative treatment but for stages III and IV we are limited to palliative care with the aim of trying to control the cancer and prolong survival.

WPT: Why does liver cancer affect men so much earlier in their lives than other major cancers like lung and colorectal cancer?

Compare that to say lung cancer for which the most common cause is tobacco smoking. Most smokers start in there mid to late teens say 18. The longer they smoke the higher their risk of developing lung cancer so while smoking related lung cancer is sometimes seen in patients in their forties it is most commonly seen in the late sixties and early seventies, 40 or 50 years after they started smoking.

WPT: Why do 80%of HCC cases occur in Asia, with four out of five of them being men?

Dr Choo: Chronic hepatitis B is the leading cause of HCC and there is far more hepatitis B in Asia than in the West because we did not start inoculating babies against it until the 1980s and even then it was only in more developed countries like Taiwan and Singapore. Other countries started later, sometime decades later, or were not able to inoculate all new babies in rural settings. As a result, worldwide hepatitis infection is responsible for 65% of HCC cases but in Asia it is more like 80%.

Why HCC tends to occur 4 times more in men than in women we still do not really understand. People have postulated that it has to do with hormones or genetics but we do not have a definitive answer yet.

WPT: What are the main causes and risk factors for HCC?

Dr Choo: Chronic hepatitis B is the main one but also hepatitis C, non-alcoholic fatty liver disease, alcoholic liver cirrhosis, non-alcoholic causes of cirrhosis, Non-alcoholic Steatohepatitis (NASH) an advanced form of non-alcoholic fatty liver disease, tobacco smoking, obesity, and diabetes. Worldwide hepatitis infection is responsible for 65% of HCC cases but in Asia it is more like 80% while in Europe and the United States the majority of cases are due to lifestyle risk factors such as alcohol drinking, obesity, smoking, and hepatitis C infection from shared drug paraphernalia. Use of anabolic steroids is also a risk factor.

When we can reduce the hepatitis infection rates, especially hepatitis B, we start to see a decline in the number of HCC cases. Singapore introduced vaccination for babies in the 1980s and the benefits are already becoming apparent. It will take another generation or even two to really get it under control but already we are seeing fewer cases of HCC in young people under 40. Babies being infected by their mothers is the most common cause of Hepatitis B infection, so screening at birth and vaccination is the best way to reduce rates.

Thirty years ago hepatitis B was responsible for 80 percent of the HCC in Singapore just like in the rest of Asia. Today it is only responsible for about 50 percent of the cases here. In Singapore we have seen a decline in the number of HCC cases; especially the hepatitis B-related cases but unfortunately we are now seeing an increase in the number of cases related to lifestyle such as non-alcoholic fatty liver disease and NASH-related cases due to increasing numbers of overweight and obese people. Fatty liver disease is now the second most common cause of HCC in Singapore which is responsible for far more cases than Hepatitis C and alcoholic cirrhosis put together.

WPT: What are the treatment options for early stage HCC?

Dr Choo:If detected early; i.e. at stage I or II before it has spread and invaded blood vessels, we can perform a resection, called a partial hepatectomy, to remove the tumour. With successful curative surgery, the chance of survival beyond five years is more than 40%. Sometimes, a liver transplant is recommended as it both removes the cancer as well as the underlying diseased liver. Five-year survival after transplant can be as high as 70%.

If the cancer is detected too late for a curative resection or transplant to be feasible, then there are various treatment options to try and control the cancer and prolong survival.

WPT: Why are so few patients suitable for surgical treatment?

Dr. Choo: Unfortunately, the majority of patients are not suitable for surgery as their cancer is too far advanced by the time it is discovered. The problem is that in its early stages HCC is largely asymptomatic, people simply do not show any signs of illness such as fever, pain or swelling in the early stages. Very often HCC is only picked up by chance when patients are being treated and examined for something else.

WPT: How have the treatment options for advanced HCC changed recently?

Dr. Choo: For many years we had no treatment options for more advanced stage IV liver cancer or when loco-regional therapies mentioned above were no longer feasible. It was not until the early 2000s that a kinase inhibitor drug was developed that was effective for HCC. Tyrosine kinase inhibitor (TKIs) drugs – also called molecular-targeted drugs or targeted therapy, because they target and inhibit particular pathways that promote cancer growth – have been used to treat other types of cancer since the 1980s but for decades none had worked for HCC. In 2007 oral sorafenib, a multi-kinase targeted therapy, which had been shown to prolong patients’ survival in HCC was released in Singapore, and we finally had a palliative treatment to offer late-stage HCC patients.

For a decade there was no second-line drug to offer if patients failed to respond to sorafenib or stopped responding to it after a few months. During that time many companies were trying to find an alternative first-line drug to sorafenib. There were 70 other drugs evaluated for patients with advanced HCC in all phases of clinical trials but these drugs were shown to have no additional success over sorafenib, compelling a necessary reassessment of this complex cancer.

Fortunately, in the last two or three years we have started to see significant advances in the treatment of late stage HCC. These include immunotherapy drugs which stimulate the patient’s immune system to recognize the cancer cells and attack them as well as several new TKI drugs.

A combination of immunotherapy drugs or an immunotherapy combined with a TKI is becoming the accepted first-line treatment for stage IV HCC. After a drought of more than a decade with no new drugs, in the last couple of years we seem to have something new coming out every six months. I have been fortunate enough to have participated in the trials of several of them including the CELESTIAL trial for cabozantinib, the latest TKI to be approved in Singapore as a second-line therapy.

WPT: You were involved in the CELESTIAL trial which was pivotal in one of those new therapies, generic name cabozantinib, being approved by the FDA and HSA as a second line treatment for HCC, how important is having a second line therapy?

Dr. Choo: For the group that it works on, which is a selected group of patients who meet the inclusion criteria for the CELESTIAL trial there is significant survival benefit.

The median survival time for advanced liver cancer before we had a second-line therapy was less than a year and for Asians around six months. Now, with a second-line therapy we can expect two years or more, quite a significant improvement for this group of patients. The addition of cabozantinib to our pharmacology has increased the treatment options for HCC, and combination treatment with immunotherapy may soon improve the prognosis of patients with HCC.

Combinations of immune checkpoint inhibitors and molecular-targeted drugs or molecular-targeted drugs and established locoregional therapies are particularly likely to produce a paradigm shift in the treatment of HCC in the coming years. It is possible that the treatment landscape for HCC will soon undergo major changes as systemic therapy is integrated into the treatment for all stages, from early to intermediate to advanced, which could significantly improve the prognosis of patients with HCC.

Cancers and patients are all unique. Some drugs work well on some cancers but not others, some patients tolerate drug A reasonably well but have severe side effects with drug B, and for other patients it might be the other way around. That is why every therapeutic addition to our arsenal is important as it provides us with more options to try and find the best match for each patient. 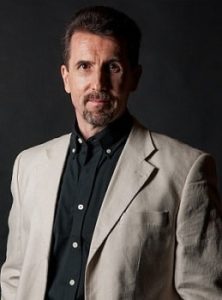 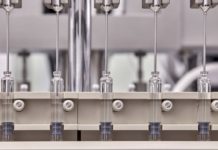 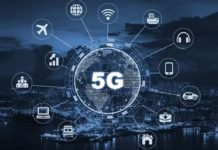 Figuring Out The New Tech In Procurement 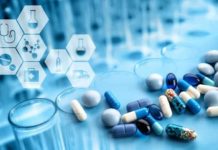 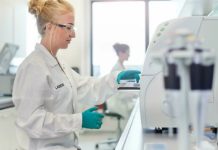 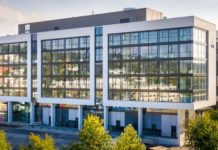 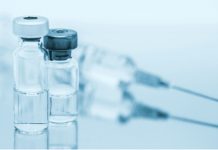