FLUCELVAX QUADRIVALENT helps protect against the two influenza A viruses and two B viruses recommended by the World Health Organization (WHO) and the FDA for the current influenza season.

“As the first and only cell culture-derived seasonal influenza vaccine in the US to offer four-strain flu protection for people aged four years and older, FLUCELVAX QUADRIVALENT will provide healthcare providers and their patients with an important option to further broaden their influenza coverage,” said Gordon Naylor, President, Seqirus. “We are pleased to offer FLUCELVAX QUADRIVALENT, which is produced at our full-scale cell culture influenza vaccine manufacturing facility in Holly Springs, North Carolina, to our valued customers during the 2016-2017 US flu season.”

FLUCELVAX QUADRIVALENT is produced using the same full-scale cell culture manufacturing technology as its predecessor FLUCELVAX™ (Influenza Vaccine), which allows the potential for rapidly increased production of flu shots in response to outbreaks or pandemic. Cell culture technology does not depend on eggs for manufacturing, and the vaccine is produced in sterile bioreactors. The change to using cells rather than eggs represented the first major development in influenza vaccine manufacturing technology since vaccine production began in the 1930s.

About Seasonal Influenza
Influenza is a common, highly contagious infectious disease that can cause severe illness and life-threatening complications in many people. Because transmission to others may occur one day before symptoms develop and up to five to seven days after becoming sick, the disease can be easily transmitted to others. Influenza can lead to clinical symptoms varying from mild to moderate respiratory illness to severe complications, hospitalization and in some cases death. On average, more than 200,000 people are hospitalized due to influenza-related complications in the US each year. 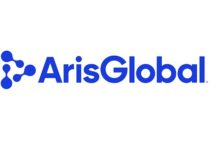