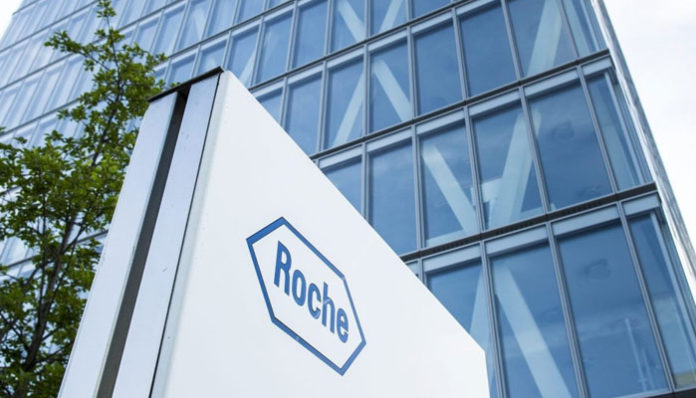 “Despite the ongoing COVID-19 pandemic, influenza continues to be a threat to public health, and effective influenza antivirals remain critical to alleviating the burden on healthcare systems,” said Levi Garraway, M.D., Ph.D., Roche’s Chief Medical Officer and Head of Global Product Development. “Xofluza has proven to be an important tool in fighting and preventing influenza in adults as well as adolescents, and we are pleased to now offer households and younger children our single-dose oral treatment.”

According to the U.S. Centers for Disease Control and Prevention, influenza can be a serious illness for young children.1 During the ongoing COVID-19 pandemic there have been significantly fewer influenza cases, likely due in large part to social distancing and mask wearing.2 However, in the US 2018-2019 influenza season, there were more than 6 million illnesses, thousands of hospitalisations and over 100 deaths among children aged five to 17 caused by influenza.

“Historically, school-aged children have played a significant role in the community transmission of influenza. The annual influenza vaccine continues to be the most important first step to prevent illness in children, though there can still be breakthrough cases where antiviral treatment is needed,” said Dr. Pedro Piedra, miniSTONE-2 Study Investigator and Professor of Molecular Virology, Microbiology and Pediatrics at Baylor College of Medicine. “Today’s FDA approval provides children with a single-dose antiviral option, Xofluza, to treat influenza.”

The FDA approval is based on results from two phase III studies: miniSTONE-2, which evaluated the use of Xofluza in children, and BLOCKSTONE, which evaluated Xofluza as a preventive treatment for household members, in both adults and children. The results from these studies were published in The Pediatric Infectious Disease Journal and The New England Journal of Medicine respectively.4,5

miniSTONE-2 was a phase III, multicentre, randomised, double-blind study that evaluated the safety, pharmacokinetics and efficacy of a single-dose of Xofluza® (baloxavir marboxil) compared with oseltamivir in otherwise healthy children aged one to less than 12 years with influenza infection and displaying influenza symptoms for no more than 48 hours (temperature of 38°C or over, and one or more respiratory symptoms).

Participants enrolled in the study were recruited in parallel into two cohorts: children aged five to less than 12 years and children aged one to less than five years. Participants in both cohorts were randomly assigned to receive a single-dose of Xofluza or oseltamivir twice a day over five days (dosing according to body weight).

Time to alleviation of influenza signs and symptoms were comparable between Xofluza and oseltamivir. The median time to alleviation of signs and symptoms in influenza-infected participants was 138 hours (95% CI: 117, 163) and 150 hours (95% CI: 115, 166) for those who received Xofluza or oseltamivir, respectively. Xofluza was well tolerated with no new safety signals identified.

About Roche in Influenza

Influenza is one of the most common, yet serious, infectious diseases, representing a significant threat to public health. Globally, seasonal epidemics result in three to five million cases of severe disease, millions of hospitalisations and up to 650,000 deaths every year. 14 Roche has a long heritage in developing medicines that contribute to public health. We are committed to bringing innovation in the field of infectious diseases, including influenza. Tamiflu® (oseltamivir) has made a significant difference both to the treatment of seasonal influenza as well as in the management of recent pandemics, and we are proud to have brought this innovative medicine to patients. Although vaccines are an important first line of defence in preventing influenza, there is a need for new medical options for prevention (prophylaxis) and treatment. Roche is committed to addressing the unmet need in this area through its agreement with Shionogi & Co., Ltd. to develop and commercialise Xofluza® (baloxavir marboxil).

Founded in 1896 in Basel, Switzerland, as one of the first industrial manufacturers of branded medicines, Roche has grown into the world’s largest biotechnology company and the global leader in in-vitro diagnostics. The company pursues scientific excellence to discover and develop medicines and diagnostics for improving and saving the lives of people around the world. We are a pioneer in personalised healthcare and want to further transform how healthcare is delivered to have an even greater impact. To provide the best care for each person we partner with many stakeholders and combine our strengths in Diagnostics and Pharma with data insights from the clinical practice.

In recognizing our endeavor to pursue a long-term perspective in all we do, Roche has been named one of the most sustainable companies in the pharmaceuticals industry by the Dow Jones Sustainability Indices for the thirteenth consecutive year. This distinction also reflects our efforts to improve access to healthcare together with local partners in every country we work.

Genentech, in the United States, is a wholly owned member of the Roche Group. Roche is the majority shareholder in Chugai Pharmaceutical, Japan.