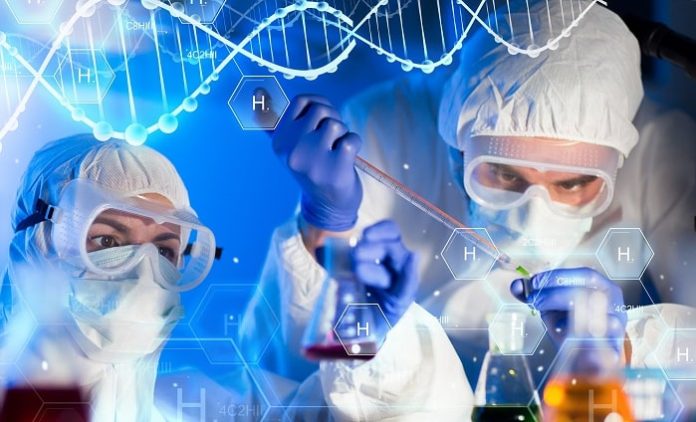 Replimune Group Inc. , a biotechnology company developing oncolytic immuno-gene therapies derived from its Immulytic platform, announced that the first patient has been enrolled in its registration-directed, randomized, controlled Phase 2 clinical trial of RP1 in combination with Regeneron and Sanofi’s Libtayo® (cemiplimab-rwlc) compared to Libtayo alone in patients with cutaneous squamous cell carcinoma (CSCC). The Company also announced plans to initiate a new clinical trial of RP1 as monotherapy in organ transplant recipients with CSCC in early 2020.

“We are pleased to announce the initiation of our first registration-directed clinical trial for which we believe the data generated to date for RP1 in CSCC is strongly supportive,” said Robert Coffin, Ph.D., President and CEO of Replimune. “Having reviewed the initial data in CSCC, we also intend to initiate a new clinical trial of single agent RP1 in organ transplant recipients with CSCC, which we expect to begin enrolling early next year.”

The registration-directed Phase 2 clinical trial in CSCC is a multi-center, randomized, controlled clinical trial intended to enroll approximately 240 patients. The study’s primary objective is to compare the response rate following treatment with RP1 in combination with Libtayo to the response rate achieved with Libtayo alone. Libtayo is an anti-PD-1 therapy developed by Regeneron and Sanofi, which was approved by the U.S. Food and Drug Administration (FDA) last year for the treatment of patients with metastatic CSCC or locally-advanced CSCC who are not candidates for curative surgery or curative radiation. This clinical trial is being conducted under the Company’s collaboration agreement with Regeneron. The first patient in the trial has now been enrolled, and multiple clinical trial sites in the U.S. and Australia are open for enrollment. Additional clinical trial sites in these and other countries will be added, with recruitment expected to take approximately 18 to 24 months.

“CSCC is a significant unmet medical need in organ transplant recipients, where it is the most prevalent tumor type in an immunosuppressed population already at higher risk for malignancy in general, and where anti-PD1 therapy provides a significant risk of rejection of the transplanted organ,” said Howard Kaufman, MD, Chief Medical Officer of Replimune. “We believe that single agent RP1 has the potential to address a significant unmet need for these patients.”

The Phase 1 part of Replimune’s Phase 1/2 clinical trial of RP1 enrolled 36 patients with advanced heavily pre-treated cancers who have failed available therapy, evaluating treatment with RP1 alone given up to five times, and RP1 given up to eight times in combination with Opdivo® (nivolumab) from the second RP1 dose. Following completion of the Phase 1 part of the clinical trial, the Company opened enrollment for Phase 2 cohorts of 30 patients each in patients with melanoma, non-melanoma skin cancers, bladder cancer, and MSI-H tumors. Five patients with CSCC have been enrolled and treated with RP1 combined with Opdivo in this clinical trial, including one from the Phase 1 expansion in combination with Opdivo, and four from the Phase 2 non-melanoma skin cancer cohort. Initial results in these CSCC patients showed:

The data from these patients can be found in the presentation linked here.

“I have been highly impressed by the initial clinical data in patients with CSCC treated with RP1,” said Professor Kevin Harrington, PhD, of The Royal Marsden Hospital in the UK who has treated the majority of CSCC patients in the trial. “The clear demonstration of clinical activity in CSCC, particularly the early and rapid tumor reductions seen in patients with advanced disease including prior to the addition of Opdivo, combined with the emerging safety profile, is very encouraging.”

The full Phase 1 safety, clinical efficacy and biomarker data from this clinical trial, which Replimune believes further supports the overall clinical development strategy for RP1, is scheduled to be presented at The Society For Immunotherapy of Cancer Annual Meeting in National Harbor, Maryland. on November 8, 2019.

CSCC is the second most common form of skin cancer and is responsible for an estimated 7,000 deaths each year in the U.S. It currently accounts for approximately 20% of all skin cancers in the U.S., with the number of newly diagnosed cases expected to rise annually. When CSCC invades deeper layers of the skin or adjacent tissues, it is categorized as locally advanced. Once it spreads to other distant parts of the body, it is considered metastatic. Libtayoâ is the only approved therapy in the United States and Brazil, and conditionally approved therapy in the European Union and Canada, for the treatment of locally advanced or metastatic CSCC.

About CSCC in the Organ Transplant Population

The risk of developing cancer following solid organ transplant has been reported to be between 2- and 4-fold higher than in the general population. This includes increased rates of skin cancer, Hodgkin and non-Hodgkin lymphoma, Kaposi sarcoma, and liver, lung, and thyroid cancers. The cumulative incidence of skin cancers, such as CSCC, increases with time from transplantation, with rates as high as 70% after 20 years. When compared with the general population, organ transplant recipients have a 65- to 250-fold increased risk of developing CSCC and a 2- to 8-fold risk of developing melanoma. In the clinical trials in which immune checkpoint blockade drugs have been investigated, organ transplant patients were excluded due to the potential risk of transplanted organ rejection, and as a result, safety and efficacy has not been formally studied. Safety and efficacy of immune checkpoint blockade drugs in organ transplant recipients has, however, recently been obtained from literature reports including 57 organ transplant patients (Fisher et al 2019 J. Am. Acad. Dermatol. Jul 11 Epub ahead of print). Kidney allograft was the most commonly reported transplant (n = 32), followed by liver (n = 20) and heart (n = 5). While the efficacy of immune checkpoint blockade drugs was consistent with that in the general population, 37% of cases resulted in graft rejection and 14% resulted in death due to rejection of the graft. The highest rate of rejection was seen in patients with kidney transplant (41%), followed by liver (35%) and heart (20%).

RP1 is Replimune’s lead Immulytic™ product candidate and is based on a proprietary new strain of herpes simplex virus engineered to maximize tumor killing potency, the immunogenicity of tumor cell death and the activation of a systemic anti-tumor immune response.

Replimune Group Inc., headquartered in Woburn, MA, was founded in 2015 to develop the next generation of oncolytic immune-gene therapies for the treatment of cancer. Replimune is developing novel, proprietary therapeutics intended to improve the direct cancer-killing effects of selective virus replication and the potency of the immune response to the tumor antigens released. The Company’s Immulytic™ platform is designed to maximize systemic immune activation, in particular to tumor neoantigens, through robust viral-mediated immunogenic tumor cell killing and the delivery of optimal combinations of immune-activating proteins to the tumor and draining lymph nodes. The approach is expected to be highly synergistic with immune checkpoint blockade and other approaches to cancer treatment. Replimune intends to progress these therapies rapidly through clinical development in combination with other immuno-oncology products with complementary mechanisms of action. For more information, please visit www.replimune.com. 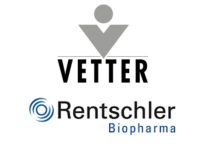