Novasep, a leading supplier of manufacturing solutions to the life sciences industries, today announces the opening of a new 2,000 m2 facility in Shanghai Pudong district, China. The site will boost Novasep’s process development and engineering capabilities to cater for ever-increasing Chinese and East Asian demand. These facilities will also add to Novasep’s existing 12 global synthesis and process sites in France, US, Germany, Belgium and The Bahamas.

Novasep launched its previous facilities in Shanghai in 2006, and quickly outgrew the site whilst the company doubled its staff to almost 50 employees between 2010 and 2012. The new 2,000 m2 expanded facilities includes 800 m2 dedicated to innovation and process development through new laboratory, piloting and FAT testing areas.

The ongoing growth of life sciences industries in China and Asia stretches local demand for domestic production and innovation capabilities. Novasep has seen continued growth in demand in East Asia for its design and supply of purification technologies and integrated processes in batch and continuous membrane filtration, ion exchange and chromatography. Novasep is also facing increasingly challenging purification requests, driven by the need for life science industries to reach maximum throughput with low capital and production costs and minimum environmental impact. The increased innovation capabilities at the Shanghai site will allow Novasep to meet this demand, and advance on the 50 purification processes already developed by Novasep in Shanghai.

By increasing engineering capabilities, Novasep will expand output for its turnkey purification process solutions for its key markets:

Biopharmaceuticals including recombinant proteins, peptides and biosimilars including monoclonal antibodies and insulin,

“Novasep, as the leader in the supply of purification processes for industrial biotech and biopharmaceutical applications in China, has ensured that its supply capabilities can satisfy ever increasing demands in China and East Asia,” said Antoine Baule, president of Novasep Process, the biomolecule division of Novasep. 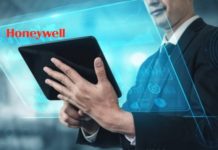