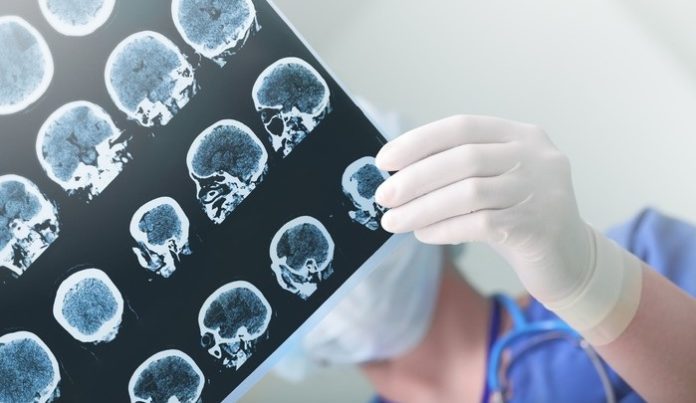 There are two abnormal proteins associated with Alzheimer’s disease. The first is amyloid. The second is tau. Eli Lilly announced that the U.S. FDA approved its Tauvid, a radioactive diagnostic agent for PET imaging in Alzheimer’s patients. It is the first and only approved diagnostic agent for imaging tau neurofibrillary tangles (NFTs) in the brain. It was developed by Avid Radio-pharmaceuticals, a wholly owned subsidiary of Eli Lilly.

This is not a treatment but is used in diagnosis.

“The use of diagnostic imaging can help patients and their families plan for the future and make informed choices about their health and well-being, in addition to facilitating appropriate patient management for physicians,” said Reisa Sperling, professor of Neurology at Harvard Medical School, and director of the Center for Alzheimer Research and Treatment at Brigham and Women’s Hospital and Massachusetts General Hospital. “Determining the anatomic distribution and density of tau NFTs in the brain was previously possible only at autopsy. Now we have a way to obtain this important information in patients.”

“Alzheimer’s disease is a devastating condition that affects millions of Americans,” said Charles Ganley, director of the Office of Specialty Medicine in FDA’s Center for Drug Evaluation and Research. “This approval will provide health care professionals with a new type of brain scan to use in patients being evaluated for Alzheimer’s disease. While there are FDA approved imaging drugs for amyloid pathology, this is the first drug approved for imaging tau pathology, one of the two neuropathological hallmarks of Alzheimer’s disease, and represents a major advance for patients with cognitive impairment being evaluated for the condition.”

The approval was based on two clinical trials. In Study 1, 64 patients who were either cognitively normal or impaired and terminally ill agreed to undergo Tauvid imaging and participate in a postmortem brain donation program. At autopsy, their brains were compared, and imaging was analyzed by independent pathologists blinded to the results. The study met the prespecified success criteria, with reader sensitivity ranging from 92% to 100% and specificity from 52% to 92% in the primary efficacy cohort.

“The fight against AD requires precise and reliable assessments of the two key pathologies of the disease because clinical assessments alone are limited in their ability to accurately diagnose patients,” said Mark Mintun, vice president of Lilly’s pain and neurodegeneration research and development. “History was made with the FDA approval of Amyvid to demonstrate the presence of one of those two pathologies, beta-amyloid plaques. I am excited that Tauvid has now been approved to image tau NFTs, which is the other key pathology, allowing a more comprehensive evaluation of patients. Lilly and Avid Radiopharmaceuticals are committed to bringing innovative AD diagnostics to the patients who need them most.”

Lilly indicates Tauvid availability will be limited at first and expansion will depend on commercial demand and payor reimbursement. Tauvid is not indicated for the evaluation of patients for chronic traumatic encephalopathy (CTE), another type of tauopathy.