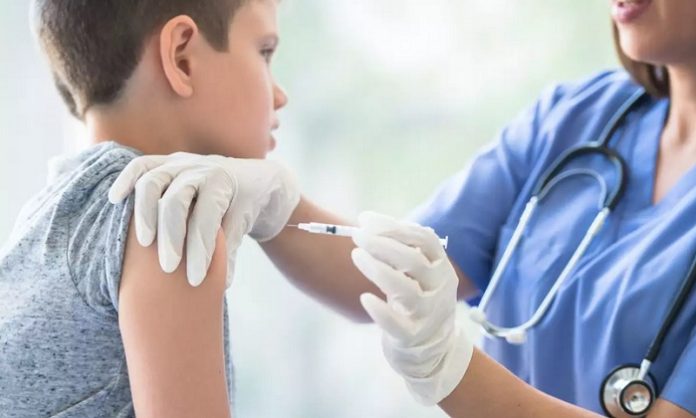 To date, all the major clinical trials of vaccines against COVID-19 have been in adults. Typically, Phase I safety trials were in healthy volunteers ages 18 to 55. Phase II and Phase III trials expanded that to include people older than 55 as well as individuals with various health issues. Children are not typically included in any of these trials.

Pfizer announced that they received approval from the U.S. Food and Drug Administration (FDA) to enroll children as young as 12 years of age in its COVID-19 vaccine trial. The goal is to determine the safety and efficacy of the vaccine in adolescents.

“I think this is a really big deal,” said LJ Tan, chief strategy officer of the Immunization Action Coalition. “Without clinical trials actually done in children, the only way to actually extend the use of the COVID-19 vaccine into children would be to rely on the adult data,” which is not ideal.

Earlier in the month, Sara Goza, president of the American Academy of Pediatricians, sent a letter to Alex Azar, secretary of the Health and Human Services, and Stephen Hahn, commissioner of the FDA, writing, “Children must be included in vaccine trials to best understand any potential unique immune responses and/or unique safety concerns.”

Goza noted that more than half a million children have been infected with COVID-19 this year and “more than two-thirds of the children who died were Black and Latinx children.” She went on to say that it is unethical “to allow children to take on great burdens during this pandemic but not have the opportunity to benefit from a vaccine, or to delay that benefit for an extended period of time, because they have not been included in vaccine trials.”

The Pfizer vaccine was developed by Germany’s BioNTech, and is an mRNA vaccine. No mRNA vaccines have been approved before. Moderna, another leader in the vaccine race, also uses this technology. The vaccine contains a strip of mRNA that codes for the spike protein of the SARS-CoV-2 virus that causes COVID-19. It is encapsulated in a nanolipid particle—essentially a tiny fat molecule—and when injected, tells the body to generate the spike protein, which trains the immune system to recognize the virus. The Pfizer-BioNTech vaccine requires two doses about 28 days apart.

Pfizer and BioNTech recently increased their Phase III trial from 30,000 to 45,000 to address the difficulty of enrolling a more diverse patient population. Pfizer and BioNTech have begun a rolling submission of their vaccine candidate to the European Medicines Agency (EMA). The rolling submission allows regulators to evaluate data as it becomes available, which can decrease the time it takes to decide on an approval once the final submission is made. Each cycle of the EMA’s rolling review typically takes two weeks and the duration of the review of the final application will depend on how much data was evaluated during the rolling process.

Currently, the Pfizer-BioNTech product appears to be the leader, with possible actionable data available by the end of this month with an emergency use authorization (EUA) request to the FDA potentially in November.

Ugur Sahin, BioNTech’s chief executive officer and co-founder, told CNN in mid-September, “We don’t see frequent fever. So only a minor proportion of participants in this trial have fever. We see also much lower symptoms like headaches or like feeling tired. And the symptoms that are observed with such vaccines are temporary, they are usually observed for one or two days and then are gone.”

Genomic Ties Announced By UK With Thailand On Health Issues

Digital media and ROI in Pharma