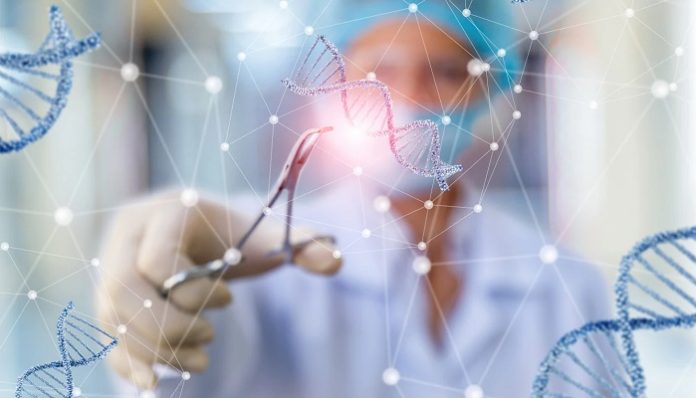 Recent work by researchers at Massachusetts General Hospital (MGH) in the US has improved the accuracy of inserting long DNA fragments into genomes.

This method might be used to introduce an entire wild-type or normal substitute gene, acting as a general therapy for a disease regardless of a patient’s specific mutation.

Through the use of a reprogrammable guide RNA, a promising new class of technologies known as CRISPR-associated transposases (CASTs) that are useful for massive DNA insertions is being developed.

Nevertheless, in their natural state, CASTs have undesirable characteristics that make them unsuitable for genome editing applications. These characteristics include subpar product purity (the frequency with which the intended DNA sequence is inserted into the genome) and a disproportionately high incidence of unwanted off-target integration at unexpected places in the genome.

In a recent study, the scientists used protein engineering strategies to change the characteristics of CAST systems in order to solve these drawbacks.

They got to know that supplementing CASTs with a specific enzyme called a nicking homing endonuclease significantly enhanced product purity for the targeted insertion.

They showed how to change a range of CAST systems into ones that are safer, more efficient, and have excellent product purity and genome-wide specificity, said the first author, Connor Tou.

Combining their knowledge, they developed HELIX systems with an on-target integration specificity of better than 96%, up from around 50% for the naturally existing wild-type CAST system. Additionally, they found that HELIX keeps its beneficial characteristics in human cells.

The capacity to return healthy normal genes to people who have disease-causing mutations is just one potential use of the technology, according to the researchers.

Dr. Ben Kleinstiver added that programmable DNA integration can also help with cell engineering projects by making it easier to instal lengthy genetic sequences at specific spots, giving cells new capabilities without running into the same manufacturing, safety, and effectiveness problems, some of which are associated with conventional random integration methods.