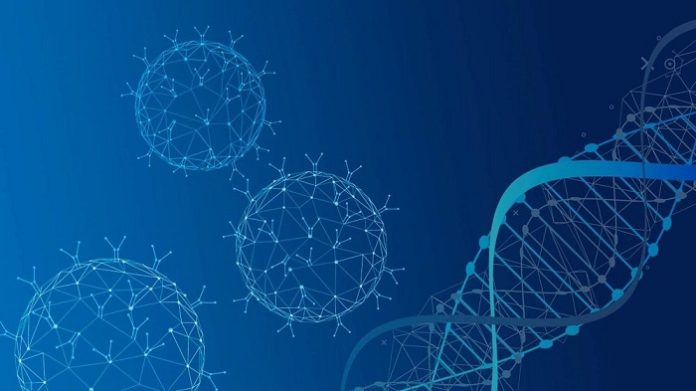 A new variation of the CRISPR-Cas9 gene editing system, according to researchers from the Gladstone Institutes and University of California San Francisco (UCSF), enables the introduction of particularly long DNA sequences to specific locations in the genomes of cells with remarkably high efficiency and without the use of viral vectors.

Alex Marson, MD, PhD, head of the Gladstone-UCSF Institute of Genomic Immunology and senior author of the current work, said one of their goals for many years has been to put extensive DNA commands into a targeted spot in the genome in a method that doesn’t depend on viral vectors. This is a significant step toward the development of safe and efficient cell treatments in the future.

Marson and colleagues showed how the technology can be used to rewrite gene sequences where mutations can cause uncommon inherited immune diseases and to produce chimeric antigen receptor (CAR) T cells with the ability to treat multiple myeloma in their paper, which was published in Nature Biotechnology.

First author Brian Shy, MD, PhD, a clinical fellow in Marson’s group, continued, they revealed that they can manufacture more than one billion cells in a single run, which really is significantly above the number of cells researchers require to treat a single patient.

In addition to enabling the development of therapeutic cells, CRISPR-Cas9 allows researchers to alter the genome of cells by silencing, removing, or replacing defective, disease-causing genes. Although the first CRISPR-Cas9 therapeutic applications have just begun clinical trials, the difficulty of producing large numbers of correctly modified cells in a safe manner has remained a barrier to the technology’s advancement. The DNA template used for gene therapy has traditionally been delivered into cells by viral vectors, but the mass production of clinical-grade viral vectors has been a significant barrier to patient access to cell therapies. Additionally, it is difficult for researchers to regulate where conventional viral vectors introduce genes into the genome.

Shy said, using viral vectors is costly and resource-intensive. They are not as constrained by cost, manufacturing complexity, and supply chain issues, which is a big advantage of a non-viral approach to gene editing.

The scientists developed a new method to bind the tweaked Cas9 enzyme to a single-stranded DNA (ssDNA) pattern, leaving just a short overhang of dsDNA at the ends. CRISPR-Cas9 generally modifies double-stranded DNA (dsDNA), but large amounts of dsDNA can be hazardous to cells. When used in relatively high doses, this lessens the toxicity.

The use of a ssDNA template could more than double the effectiveness of gene editing relative to the more traditional dsDNA method, said Marson, calling it a balanced, best-of-both-worlds strategy.

Jonathan Esensten, MD, PhD, one of the authors of the current study and an affiliate investigator at Gladstone, said, this approach has the potential to develop new cell and gene therapies quicker, better, and more affordably. In the study, more than a billion CAR-T cells directed against multiple myeloma were produced using a ssDNA template, with around half of all T cells acquiring the additional gene as a result.

The co-author of the new paper, assistant professor of medicine in the Division of Hematology and Oncology at UCSF, as well as affiliate investigator at Gladstone, Dr. Justin Eyquem, said that the next generation of CAR-T cell therapies will advance faster thanks to this novel non-viral technique that allows for considerably more effective targeting.

The researchers also demonstrated that their strategy could, for the first time, completely replace the IL2RA and CTLA4 genes, which are linked to two uncommon hereditary immunological illnesses. The new system might offer a one size fits all strategy that could cure many patients with various mutations in these genes rather than requiring the creation of customised templates for each patient’s mutation, in contrast to earlier research where small portions of the IL2RA gene could be replaced.

The development of clinical trials employing non-viral CRISPR technology for CAR-T cell therapy and the cure of IL2RA deficiency is now being approved, according to the researchers.