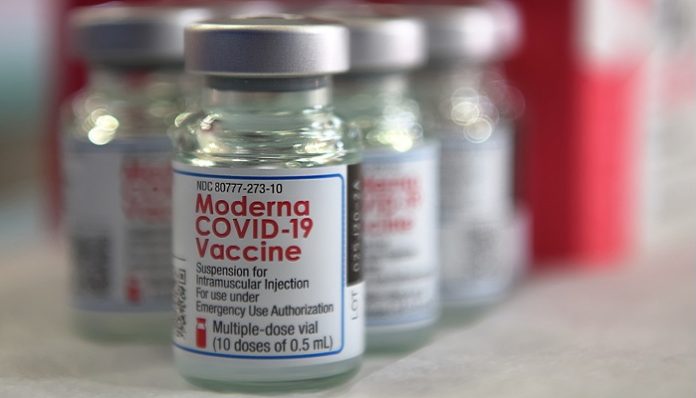 According to complaints filed by Moderna, Pfizer and BioNTech’s COVID-19 vaccine Comirnaty® violates patents the company filed between 2010 and 2016 that protect its core messenger RNA (mRNA) technology.

Both the Regional Court of Düsseldorf in Germany and the United States District Court for the District of Massachusetts received the lawsuits.

In announcing the lawsuits, Moderna claimed that Comirnaty had violated patents for two fundamental techniques that were essential to the effectiveness of mRNA vaccines and instrumental in the creation of Moderna’s proprietary mRNA COVID-19 vaccine, Spikevax®. Pfizer and BioNTech allegedly utilised this technology to develop Comirnaty without Moderna’s permission.

Moderna asserts that neither business had the same level of expertise in creating mRNA vaccines for communicable diseases as Moderna at the time COVID-19 appeared, and that both willfully imitated Moderna in the creation of their respective jabs.

According to Moderna, Pfizer and BioNTech initially entered four distinct vaccine candidates into clinical testing, some of which Moderna claimed would have steered clear of Moderna’s innovative path, but ultimately chose to move forward with a vaccine that “seems to have the same exact mRNA functionalization to its vaccine as Spikevax.

Moderna claims that the chemical alteration, which has been under development since 2010 and was initially verified by the firm in human testing in 2015, prevents an unwanted immune reaction when mRNA is injected into the body.

In addition, the company claimed that Pfizer and BioNTech imitated Moderna’s method to codify for the comprehensive spike protein in a lipid nanoparticle formulation for a coronavirus despite having a variety of other possibilities. The business pointed out that years before COVID-19 initially surfaced, its experts had created a similar strategy for the coronavirus that caused Middle East Respiratory Syndrome (MERS).

Stéphane Bancel, chief executive officer of Moderna, stated that they are bringing these legal actions to defend the novel mRNA technology platform that they pioneered, spent billions of dollars developing, and patented during the decade before the COVID-19 epidemic.

With the help of this fundamental platform, which they started constructing in 2010, and their proprietary work on coronaviruses in 2015 and 2016, they were able to manufacture a safe and extremely effective COVID-19 vaccine in a record amount of time after the pandemic began. In order to produce medications that potentially treat and protect against autoimmune, cardiovascular, and uncommon kinds of cancer as well as infectious diseases like HIV and the flu, Moderna is using their mRNA technology platform.

But why file a lawsuit right now?

In October 2020, Moderna promised that it would not pursue its COVID-19-related patents while the outbreak persisted in order to provide fair global access to vaccines. According to Moderna, the situation has altered as of March 2022, and it is now upgrading the pledge because vaccine supply is no longer an obstacle to accessibility in many parts of the world.

Even though Moderna vowed to never impose its patent protection on any COVID-19 vaccine used in the 92 low- and middle-income countries, it did expect companies like Pfizer and BioNTech to honour its rights to intellectual property and would take into consideration a commercially reasonable licence should they ask for one for other markets. Pfizer and BioNTech have fallen short in this regard.

Shannon Thyme Klinger, Chief Legal Officer of Moderna, continued, they think that Pfizer and BioNTech illegally copied Moderna’s ideas and have continued to utilise them without authorization. Outside of the AMC 92 nations, where the availability of vaccines is no longer an obstacle to access, Moderna anticipates receiving compensation from Pfizer and BioNTech for Comirnaty®’s consistent use of Moderna’s proprietary innovations. Without a patent system that rewards and protects innovation, they will not be able to fulfil their purpose of developing a new generation of transformational medicines for patients.

Moderna stated that it is not looking to have Comirnaty taken off the market and is not requesting an injunction to stop its future sales in order to preserve access to these life-saving vaccines.

Moderna is not attempting to assert any patent rights that pertain to any intellectual property generated as a result of its partnership with the National Institutes of Health to fight COVID-19.