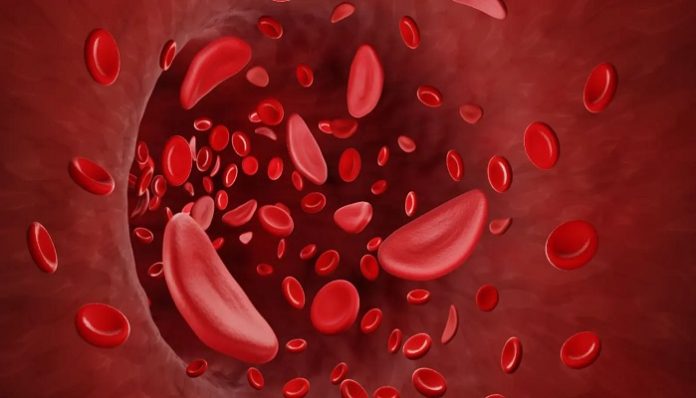 The 64th annual meeting of the American Society of Hematology, a prestigious venue for some of their field’s most significant research, will be held in New Orleans in December, and blood disease specialists and medical professionals will fly there.

With the publication of hundreds of study abstracts, they and the numerous investors and analysts who follow new treatments for blood illnesses received a sneak preview of what’s to come. The study summaries provide crucial hints as to what will garner the most interest at the meeting on December 10–13.

Updates on a new class of protein-based cancer medicines that can attach to targets on both cancer and immune cells are particularly noteworthy. There is intense competition among pharmaceutical companies working on competing lymphoma and multiple myeloma medicines, including Roche,  Johnson & Johnson, Regeneron, Pfizer, as well as AbbVie.

While ASH frequently serves as a platform for the most recent developments in blood cancer research, it has also historically served as a significant gathering for gene therapy in the treatment of blood disorders such as beta thalassemia, sickle cell disease, and haemophilia. The recent clearance of a Bluebird biotherapy will encourage business this year, which is no different from last year.

Here are three noteworthy topics that will be covered at the meeting next month:

European regulators approved a Roche medicine for a specific form of lymphoma earlier this year, making it the first of its kind. The medication, known as Lunsumio, is a two-pronged antibody that binds to CD3, a protein on tumor-fighting T cells, and CD20, a target on lymphoma-causing B cells. Its approval was the most recent development for bispecific antibody therapies, which have become a focus for pharmaceutical companies and have given rise to numerous marketed treatments for haemophilia, cancer, and eye conditions. US regulators are expected to make a decision on Lunsumio before the end of December.

However, Lunsumio won’t be the only product on the market for very long. Recently, AbbVie and Genmab finished their applications for a competing drug’s approval in the United States and Europe. Additionally, ASH abstracts published demonstrate the variety of rivals trailing behind them.

Results from a Phase 2 study of the drug odronextamab by Regeneron in two distinct lymphoma kinds were made public, and analysts at the brokerage SVB Securities dubbed the findings promising in both disease contexts. Diffuse large B-cell lymphoma response rates were 53% and 81%, respectively, according to those findings. After a median of around 17 months of follow-up, the remission rates were 37% and 75%, respectively. However, unfavourable treatment-related events claimed the lives of two follicular lymphoma patients.

Johnson & Johnson’s plamotamab, which it licenced from the biotechnology firm Xencor, caused a 47% response rate and a 26% remission rate in DLBCL in a limited Phase 1 study of patients who had received a lot of prior treatment. All follicular lymphoma patients responded, and as of the data cutoff, half were in remission.

Data from a number of manufacturers, including Roche and AbbVie, showed the use of these medications in combinations. Phase 3 testing has been initiated for some regimens. Additionally, they are being studied in more uncommon forms of lymphoma, such as mantle cell, which demonstrates the range of potential for the medication class, according to SVB analysts.

The competition among those who create dual-targeting antibodies for multiple myeloma is fierce.

The first such medication to be made commercially available was J&J’s Tecvayli, which the Food and Drug Administration recently approved. However, a burgeoning pipeline of therapies, including investigational drugs from Pfizer, Regeneron, AbbVie, Roche, and Bristol-Myers Squibb, is supporting J&J’s drug. All of them aspire to outperform Tecvayli and offer a more practical substitute for the individualised CAR-T treatments that are now offered to extremely ill multiple myeloma patients.

The majority of these medications target the BCMA protein, which is present on cancerous cells in multiple myeloma. According to SVB experts, the majority also exhibited usually excellent effectiveness and tolerance features. But novel strategies are also being developed; some of these will be displayed at ASH.

Among those who are providing revised trial data are Pfizer and Regeneron. In Phase 2 research, Pfizer’s medication elranatamab had a 61% response rate and zero cases of a typical immune-related adverse effect that was evaluated as severe. However, Evercore ISI analysts warned of a serious adverse effect linked to low potassium levels.

In a Phase 1/2 trial, individuals who got higher dosages of Regeneron’s linvoseltamab had response rates that exceeded 75%, but the medication also had a number of blood-related adverse effects. A lower dose is being used by Regeneron. Results from medications addressing more recent targets will be presented by J&J and Roche separately. Both have drugs that target the overexpression of the protein GPRC5D in myeloma patients’ bone marrow. Both generated response rates of over 70%.

A second medication Roche has developed targets for FcRH5, which is itself found on B cells and plasma cells. Data from a myeloma medication that AbbVie licenced from Harpoon Therapeutics in 2019 will be presented. The business will spotlight two antibodies for multiple myeloma at ASH, one of which is that medication. When it acquired TeneoOne last year, AbbVie also acquired the other.

A successful gene treatment and a developing pipeline

Attendees at ASH have received yearly updates on Bluebird’s efforts to create a gene therapy for beta thalassemia for the majority of the last ten years. The most recent information on the therapy will be more important this year because the FDA in August gave the therapy a historic clearance for patients who have severe forms of the blood condition.

According to the abstracts published, research on the long-term effects of patients who received the medication during clinical testing as well as information on treatment-related changes in people’s quality of life will be presented. The treatment’s profound effects are supported by the results, which show that almost all individuals no longer require the frequent blood transfusions they once did. Post-treatment surveys of patients revealed that they felt better overall.

As new gene therapies progress through testing and possibly onto the market, such research will probably continue to be a mainstay of ASH conferences in the future. A gene therapy being explored by Roche and its affiliate, Spark Therapeutics, for the treatment of haemophilia sufferers will also be discussed, along with a multi-year follow-up on those patients. Since Roche acquired Spark in 2019, there haven’t been many updates on the treatment, so that presentation might be interesting.

Meanwhile, new research on a gene-edited stem cell-based therapy for severe sickle cell disease will be presented by scientists from a half-dozen medical universities and Novartis’ research facilities.