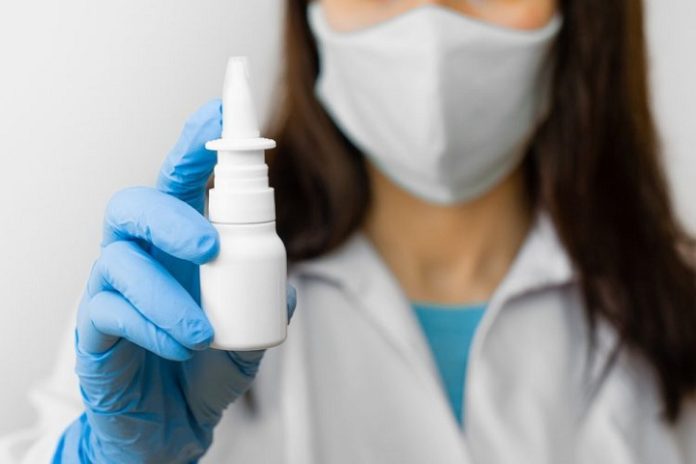 A team led by an assistant professor from the University of Minnesota in the US has created a new method to successfully administer vaccines through the mucosal tissues in the nose, which could result in improved defence against pathogens like the COVID-19-causing SARS-CoV-2 virus and the human immunodeficiency virus (HIV).

The method was tested on mice and non-human primates, and the findings revealed that the vaccine produced potent immune function, opening the door for additional research and the creation of nasal vaccines.

The study appeared in the American Association for the Advancement of Science’s interdisciplinary medical journal Science Translational Medicine (AAAS).

Nasal vaccinations, which are given by a nebulizer or spray, have historically been challenging to successfully manufacture. Before the vaccine’s ingredients, such as protein antigens, can reach deeper tissues and trigger the body’s immune cells, mucus in the nose usually clears them out or breaks them down.

However, nasal vaccinations have the potential to increase immunity much further than the current immunizations given via needle injection. This is because nasal vaccinations have the ability to elicit immune responses in the precise sites of infection- the nose, mouth, and lungs for many diseases that are spread through the upper respiratory system, such as COVID-19. There are some nasal vaccines; however, the majority employ live virus pathogens, which cannot be administered to immunocompromised individuals.

The first author of the study and an assistant professor in the department of biomedical engineering at the University of Minnesota Twin Cities, Brittany Hartwell, said conventional vaccines that are administered intravenously are typically not designed to establish immunity in these mucosal tissues. They are primarily focused on building up immunity in the blood, acting as a type of back-up defence. However, the objective behind developing immunity in mucosal regions, such as the nose, is that it creates a stronger first line of defence that can better prevent the spread of these infections.

In addition to establishing a powerful mucosal immune reaction, Hartwell claimed that this novel vaccination also stimulated powerful antibody responses in the blood. So, she explained, it’s kind of like researchers are setting up a frontline and reserve defence at the same time.

In order to help vaccination antigens get past the mucosal barriers in the nose, Hartwell and her team engineered them to connect to a protein called albumin, which is present in the human body naturally and has the capacity to get beyond these barriers. The immunological tissues underneath the nose would be the antigens’ final destination, where they might start generating an immune response by effectively hitching a ride on albumin.

Additionally, the vaccine developed by the researchers was successful in promoting immunity not only in the nose but also in the upper respiratory system, the lungs, and the genitourinary tract. The latter is particularly important for immunising against viruses like HIV that are spread through those places.

For the domain of mucosal vaccination, this is highly important, according to Hartwell. It demonstrates a novel finding- they have created a vaccine that can get beyond delivery obstacles that have previously hampered the creation of other mucosal vaccinations. People are all currently experiencing the COVID pandemic, which is still having an impact on their daily lives, so it is especially pertinent at this time. Additionally, the virus has the possibility to develop new variations with the ability to be hazardous as long as there is dissemination and transmission. This research indicates the creation of a somewhat different type of vaccination that, by prohibiting transmission and offering even more coverage than what we now have, could be developed.

In her lab at the University of Minnesota Twin Cities, Hartwell is working to further develop and analyse this novel vaccine technology with the goal of eventually applying it to other ailments and diseases.