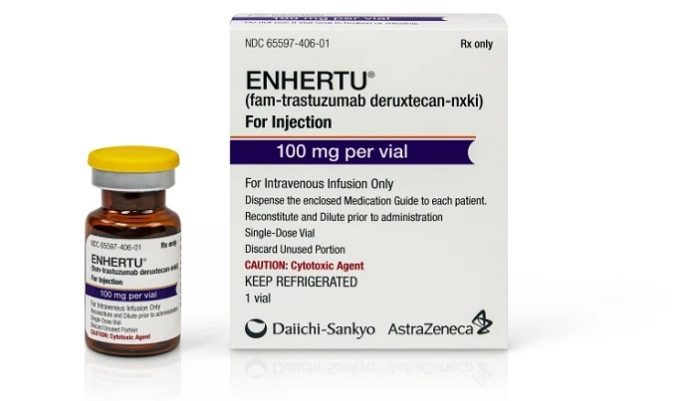 With two significant FDA clearances in as many weeks, Enhertu from AstraZeneca and Daiichi Sankyo is blazing.

On August 11th, the medication obtained rapid approval for use in people with non-small cell lung cancer (NSCLC) that has the HER2 mutation and has previously received systemic therapy. The HER2-directed antibody drug combination is now the first medication specifically licenced for NSCLC with HER2-mutations, according to the FDA.

The DESTINY-Lung02 trial’s findings served as the foundation for the agency’s most recent Enhertu approval. In the research, 57.7% of patients who had been treated for non-squamous HER2-mutant NSCLC that was unresectable or metastatic responded to the treatment at an interim evaluation.

Given that this was an accelerated approval, AZ adds that Enhertu’s ongoing licencing in the condition might be dependent on the medication’s success in a confirmatory trial. The FDA also approved companion diagnostics that can identify HER2 mutations in lung cancer patients along with the approval.

Enhertu has also received approval for breast and stomach malignancies in addition to lung cancer. The FDA’s clearance on Friday comes one week after its ground-breaking approval of Enhertu for HER2-low metastatic or unresectable breast cancer. Four months ahead of schedule, the drug’s clearance launched a whole new class of medical treatments.