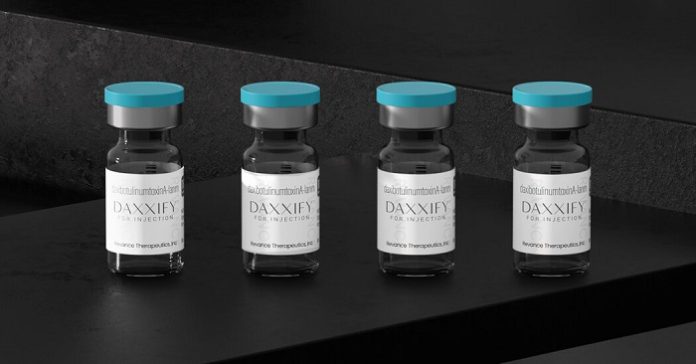 Revance Therapeutics may soon run into an identity problem with a product that is so eagerly awaited that some people mistakenly call it by the name of the firm. Daxxify, Revance’s long-awaited Botox rival, has officially received FDA approval, and the business will now need to establish its brand.

But Revance is unconcerned. CEO Mark Foley stated that people are going to label it a broad range of things. They can create the ideal brand name for the product because it is still so early. The glabellar (frown) lines that are moderate to severe are momentarily removed by the cosmetic procedure. Daxxify is an intravenous neuromodulator, similar to Botox. But the product from Revance is the first to use peptide exchange technology.

The main point of distinction for Daxxify is its durability. Daxxify can last for six months and has been effective for as long as nine months in some individuals, but Botox injections only last for three months. The durational effects of Daxxify were proven in phase 3 trials with 4,200 treatments and 2,700 patients. The trials revealed that a single injection had a significant anti-wrinkle impact.

The largest unmet demand for toxins, according to Foley, is duration. The label is great. They collaborated extensively with the agency to ensure that their label included all 36 weeks of data, allowing them to substantiate these marketing claims. Late-arriving Initially scheduled for an FDA approval in November 2020, Daxxify’s inspection was delayed by the pandemic. After eventually visiting Revance’s production facility, inspectors discovered issues with quality control and record-keeping. The FDA then issued Revance a detailed response letter in October of last year.

The FDA approved the changes in July after Revance resolved all five problems mentioned in the CRL. However, the regulator later noted three additional issues in a Form 483 citation. But for each, the business had an easy fix. Foley said it’s been a long journey to get where they are today. They are ecstatic because this will be the first truly novel neurotoxic to hit the market in more than 30 years.

Of course, the first was Botox, from Allergan, which debuted in 1989. Botox earned $4.7 billion in sales for AbbVie last year across its cosmetic and medicinal uses, and in 2019, the company paid $63 billion to acquire Allergan.

The cost of Daxxify for frown lines has not yet been disclosed by the firm. The business will use a sample strategy for its launch for two quarters. They want to get this into the hands of a select number of doctors so they can learn how to use it and achieve the best results, said Foley. Prior to the wide commercial rollout, they wanted to give that tiny number of users an opportunity to play with it.

Additionally, Revance is looking into the medicinal potential of Daxxify. Cervical Dystonia will submit an application for FDA approval. A phase 2 upper lip spasticity investigation has also been completed.