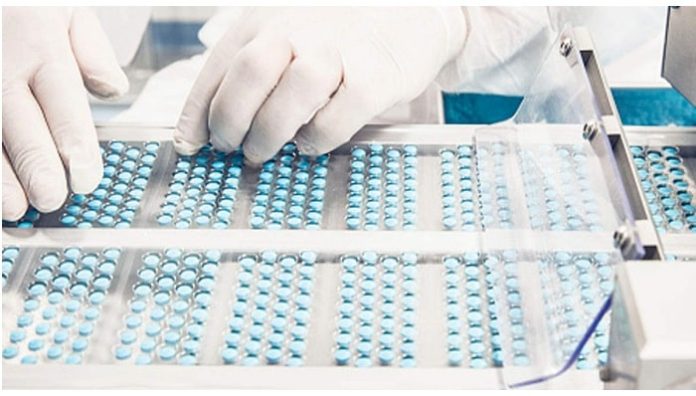 A group of Food and Drug Administration advisers has recently come out in favour of a carefully monitored ALS drug, increasing the likelihood that the agency will approve it in the coming weeks.

The expert group voted 7-2 in favour of the medicine AMX0035, recently deciding that the evidence gathered so far is sufficient to support its approval for sale in the United States. At a previous meeting at the end of March, the same panel of experts barely voted against the drug.

Although it is not mandatory, the FDA frequently abides by the advice of its advisors. By September 29th, the agency hopes to have a decision on AMX0035. ALS, or amyotrophic lateral sclerosis, is a rare, rapidly progressive disease that kills nerve cells and is typically deadly within two to five years of diagnosis. If approved, it would join a small list of treatments for ALS. According to Avindra Nath, clinical director of the National Institute of Neurological Disorders and Stroke and committee member, last time he was on the fence and wasn’t really sure which way to go. This time, the conversation assisted him in moving a little bit closer to saying yes.

In addition to over two dozen other physicians, advocates, and patients who testified during the meeting’s open public hearing, two renowned ALS researchers who appeared on behalf of Amylyx Pharmaceuticals, the drug’s Massachusetts-based developer, endorsed the case for AMX0035.

Director of the Sean M. Healey & AMG Center for ALS at Massachusetts General Hospital, Merit Cudkowicz,  stated that AMX0035 needs to be something they can offer their patients today.

In the primary clinical trial that Amylyx is using to secure approval, Cudkowicz was one of the key researchers. Patients who took Amylyx’s medication lived slightly longer and deteriorated more slowly than those who received a placebo, according to study findings, some of which were reported in The New England Journal of Medicine.

G. Caleb Alexander from the Johns Hopkins Bloomberg School of Public Health and Kenneth Fischbeck from the National Institutes of Health were the only two committee members to oppose AMX0035.

Alexander stated, unfortunately, he does not think the new evidence that they have evaluated, while encouraging, paired with that past evidence, constitutes considerable proof of effectiveness. They essentially have one paper that raises a lot of important, non-trivial scientific issues. ALS patients and support organisations have repeatedly pushed the FDA to authorise AMX0035 because there are few other therapy options. However, the data Amylyx gathered and the company’s methods of analysis were criticised by FDA employees. Even though Amylyx’s trial achieved its primary objective, which is unusual in the development of ALS drugs, they previously deemed the findings to be “not extraordinarily persuasive. However, they are aware of how devastating ALS is and the need for further treatment alternatives.

Director of the Office of Neuroscience in the FDA division, Billy Dunn, said, they are particularly sensitive to the urgent need for the development of novel medicines for ALS.

Early in the discussion, Dunn spoke extensively and, at one point, pressured the co-founders of Amylyx to state they would voluntarily pull AMX0035 off the market if a larger, ongoing trial intended to confirm its usefulness failed. One of the company’s founders, Justin Klee, concurred that it would.

The vote in favour indicates that although it is still uncertain, approval is more likely than it was earlier this year.

The FDA advisory committee’s opinion of AMX0035 was split nearly evenly in March. The primary clinical research revealed that those taking the medication were able to better maintain necessary bodily processes like breathing, eating, and moving. Additionally, they lived 4.8 months longer on average than those in the placebo group. However, the then-group of 10 advisers voted against approval by a margin of 6 to 4.

Since then, Amylyx has gathered further information and performed post-mortem investigations that, in its opinion, add to the body of evidence showing how effective their medication is for patients. For instance, the company asserts that when taking into account patients who first received a placebo but then converted to AMX0035 in a following open-label extension study, the survival advantage increases to almost 10 months. These fresh findings were the driving force behind the FDA’s highly unusual decision to call another meeting of its advisers to continue discussing AMX0035.

However, prior to the hearing, FDA personnel seemed to be doubtful of Amylyx’s interpretation of the results, stating that the new survival studies cannot be viewed as independent confirmatory evidence. That said, they also gave advisors instructions to take ALS’s characteristics and the dearth of efficient treatments into account.

The FDA stated in briefing documents published earlier this week that in the neurological arena, they will dependably assess the data, whatever its magnitude, in that context. The FDA’s historical adaptability with regard to prospective treatments for illnesses of the nervous and brain systems was also acknowledged by agency officials. Based on findings from a single paper that some medical professionals claim aren’t as compelling as those obtained with AMX0035, a medicine by the name of Radicava was approved for use as an ALS treatment in 2017. Then, in 2017, the FDA granted Aduhelm, a contentious Alzheimer’s disease drug with a rocky testing history, a first-of-its-kind approval.

The FDA’s stance during the meeting irritated Mark Weston, the authorised patient representative. He questioned, why did the FDA ask Amylyx to go through this again? He is aware that neither of them has decided. However, there hasn’t been much discussion of these new analysis’s findings in a favourable light.

This almost seems like a setup to say they are going to approve the medicine, but they need to follow these procedures, he continued. Director of the FDA section that specially evaluates medications like AMX0035, Teresa Burrachio, responded, he can promise you that this isn’t just something to go through the motions. They acknowledge the studies’ shortcomings, but they haven’t ruled out the possibility that they could serve as confirming evidence, which is why they are in this place right now.

Bryan Traynor, a senior researcher at the Senior National Institute for Aging, and Weston were two of the seven people who voted in support of AMX0035. According to Traynor, his vote first and foremost reflected the urgent need for new ALS medicines. However, it was also influenced by Amylyx’s promise to withdraw its medication if confirmatory testing failed, as well as remarks from the FDA, which claimed to have procedures in place to take AMX0035 off the market.

Alexander, on the other hand, wasn’t as enthused about the market withdrawal backstop. With all due respect, he claimed that the FDA dramatically understates the complexity and likelihood of removing a product from the market. Honestly, he does not think it’s ever happened.

More than half of the 600 participants who were intended to participate in PHOENIX, Amylyx’s confirmatory study, have already done so. Results are anticipated in 2024.