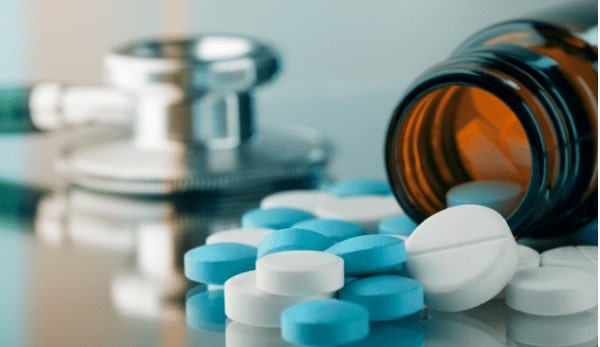 After unimpressive evidence on tumour progression, many Gilead Sciences investors have stopped believing in Trodelvy in HR-positive, HER2-negative breast cancer. But now that the antibody-drug combination has unexpectedly returned, blockbuster dreams have been rekindled thanks to a life extension benefit that is better than expected by industry observers.

When used instead of the doctor’s preferred treatment for patients with extensively pretreated HR-positive, HER2-negative breast cancer, trodelvy increased patients’ lives by a median of 3.2 months. In the closely monitored TROPiCS-02 trial, those who took the TROP2-tagged medication lived an average of 14.4 months compared to 11.2 months for the chemotherapy group, which represents a 21% reduction in the chance of mortality.

Bill Grossman, M.D., Ph.D., the leader of Gilead Oncology’s therapeutic division, stated that they are hitting the upper end—if not exceeding—most of the predictions out there.

The RBC Capital Markets analysts’ earlier prediction of about 2.5 months, which was based on a poll of Gilead investors, was surpassed by the 3.2-month survival differential. The actual results also surpassed the investors’ expectations for Trodelvy to reach peak sales of at least $1 billion in the HR+/HER2-breast cancer market. Only 31% of investors surveyed by RBC thought Trodelvy could meet the requirement that Trodelvy demonstrate a survival advantage of more than 3 months in order to achieve that objective.

In a different RBC poll, physicians estimated that Trodelvy’s overall survival benefit needed to be roughly 2.5 months in order to be clinically significant. Debu Tripathy, M.D., head of breast medical oncology at the University of Texas MD Anderson Cancer Center, stated earlier that he would want to see a two-to three-month improvement at the very least.

Back in June, it was widely believed that Trodelvy’s meagre 1.5-month benefit in delaying tumour development or mortality lacked clinical significance. Trodelvy reduced the chance of death by 16% while increasing life span by only 1.6 months at the median at the time, when data on overall survival were still in their infancy.

In the 543-subject experiment, 293 patients had passed away at the time of the first intermediate analysis. Prior to the second interim analysis, Wall Street analysts and investors estimated that the TROPiCS-02 trial would result in 350 total deaths. 390 deaths were actually counted in the current analysis, which probably favoured Trodelvy in regards to data maturity.

Even so, doubling the survival advantage after just an additional 2.3 months of follow-up and 100 additional events was no small accomplishment, leading one to wonder if patient characteristics have changed in the new analysis.

More patients in the Trodelvy arm than in the control arm did not return in time for the analysis at the initial release at 10.2 months of follow-up, according to Gilead’s Grossman. It really just comes down to gathering all the events and having a more developed survival curve for them, he said. There’s nothing different about the patient demographics or anything like that, he said.

The FDA has received the updated results that Gilead submitted, but Grossman did not specify the line of treatment that Gilead is requesting.

Investors in Gilead may be pleased with Trodelvy’s new survival performance, but there is still plenty to be said about how it compares to AstraZeneca and Daiichi Sankyo’s Enhertu.

Enhertu just received FDA approval for previously treated HER2-low breast cancer, a first for the industry. Individuals who were previously categorised as HER2-negative fall under the newly created HER2-low category.

Gilead also presented a subgroup analysis of the TROPiCS-02 HER2-low population at ESMO 2022. There, compared to chemo, trodelvy reduced the chance of tumour growth or mortality by 42%. Compared to those who had chemotherapy, those who took Trodelvy lasted a median of 6.4 months without the disease getting worse. For individuals who were HER2-negative according to the new standard as determined by an IHC 0 test, the risk decrease was 28%.

In the DESTINY-Breast04 study, Enhertu reduced the risk of disease progression or death in HR-positive, HER2-low patients by 49%. Patients who took Enhertu lived 10.1 months without their disease getting worse, compared to 5.4 months for patients who received chemotherapy.

Grossman emphasised that even though all biopharma watchers are contrasting the two studies side by side, these are not apples-to-apples comparisons. Compared to Enhertu’s DESTINY-Breast04, Trodelvy’s TROPiCS-02 recruited a more advanced population that had had a median of three prior chemotherapies. Additionally, 100% of patients in TROPiCS-02 had previously received CDK4/6 inhibitor therapy, compared to 30% in the Enhertu trial.

They can enter the HER2-low population, in his opinion, just as well as Enhertu can, according to the subpopulation analysis, Grossman said. As an anti-TROP2 medication, Trodelvy may have the advantage of not necessarily requiring a HER2 diagnosis, he added.

Trodelvy is the focal point of Gilead’s developing solid tumour franchise. The medication has demonstrated efficacy in triple-negative breast cancer patients who had previously undergone two systemic treatments, at least one of which was for metastatic disease. Gilead is considering earlier therapy for both TNBC and HR+/HER2-breast cancer because of the encouraging preliminary clinical findings, according to Grossman.

When it comes to many different tumour types, they have established a solid, broad suite where they can look at orthogonal pairings that can really support Trodelvy, said Grossman. What one will see next is not only the drive into early lines of therapy with Trodelvy, but they will start seeing a lot of unique mixtures for distinction against their competitors emerge as well, said Grossman.