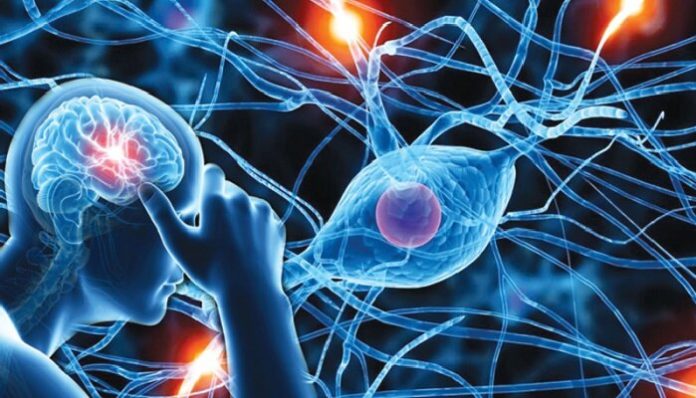 The recognition of a previously unidentified genetic cause of late-onset cerebellar ataxia is reported in a new study that was released recently in the New England Journal of Medicine. This finding will help with the diagnosis and open up new treatment options for this progressive condition.

Unsteadiness is the adult symptom of a variety of neurodegenerative disorders known as late-onset cerebellar ataxias (LOCA). Around the world, one to three in 100,000 persons will experience late-onset ataxia. Most patients with late-onset ataxia had gone undiagnosed for a long time until lately.

A group of 66 Quebec patients with late-onset ataxia from various families were studied by an international team led by a neurologist and researcher at the Neuro- (Montreal Neurological Institute-Hospital) of McGill University, Dr. Bernard Brais and Dr. Stephan Züchner of the University of Miami’s Miller School of Medicine, in partnership with neurologists from the Universities of Montreal and Sherbrooke. The majority of genetic causes of late-onset ataxia in Quebec were discovered by the researchers employing the most cutting-edge genetic technology, who discovered that 40 (61%) of the patients carried the same unique disease-causing mutation in the gene FGF14. They determined that in patients, a brief region of repeated DNA underwent a significant size expansion process called as repeat expansion.

The team contacted overseas collaborators in Tübingen, Germany, Perth, Australia, London, United Kingdom, and Bengaluru, India, to validate their original findings. They discovered that the same FGF14 error was also present in 10–18% of LOCA patients in two separate cohorts. These findings supported the hypothesis that one of the most prevalent genetic causes of late-onset ataxia has, to date, been a repeat expansion in FGF14.

Beyond just finding the gene, the scientists also looked at patient neurons and the brains of deceased patients, and they discovered that the defect results in reduced expression of the gene as well as its protein.

Ataxia (unsteadiness) in patients with a FGF14-related late-onset ataxia typically starts in their fifties. Short-lived ataxic episodes that might be triggered by exercise and alcohol consumption may be the first symptoms of the condition. Around the age of 59, the coordination issues turn permanent. The condition often has a sluggish rate of progression and impairs hand, voice, and walking coordination. Over time, it frequently calls for walking aids. Despite the fact that it can occur in families without a history of ataxia, the ailment is most frequently passed on from a parent who has the disorder.

The mutation’s FGF14 GAA repeating sequence is of particular significance since Friedreich ataxia, the most prevalent autosomal recessive ataxia in the world, is caused by the same sequence in the FXN gene. Due to this commonality, it’s feasible that some of the novel therapies being developed for Friedreich ataxia could also be applied to treating FGF14 expansion patients. This study suggests that a medication called aminopyridine, which is already available for the treatment of various neurological diseases, may be helpful for patients. Since some patients with an increase in FGF14 have responded favourably to this therapy, this is very encouraging.

According to Dr. Brais, this opens the way to a clinical trial of this medicine in these patients. The news is fantastic for patients in Canada and around the world. Additionally, it enables genetic testing so that individuals and families can complete their protracted diagnostic journey.