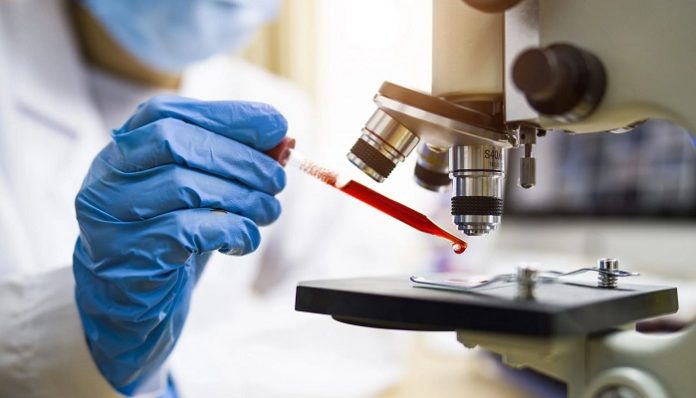 Data shown at the 64th American Society of Haematology (ASH) conference in New Orleans demonstrates that elranatamab is effective and has a controllable effectiveness and safety in patients with relapsed or refractory multiple myeloma (RRMM).

Multiple myeloma (MM) is a clonal plasma cell proliferative condition that, if left unchecked, can eventually result in particular end-organ damage. It is characterised by an aberrant increase in monoclonal immunoglobulins. It is a rare form of cancer, with an age-standardized incidence rate of 178 cases per 100,000 people worldwide but a mortality rate of 114 cases per 100,000 people in the year 2020. Symptoms of organ involvement, such as hypercalcemia, renal insufficiency, anaemia, and bone abnormalities, are typically present in most patients. However, a small percentage of people are asymptomatic and are only discovered by abnormal blood or urine testing.

Elranatamab, a bispecific antibody that targets the expression of BCMA and CD3 on T cells and activates and reroutes the T-cell-driven immune response against MM, was the subject of data presentations at the ASH conference. The results came from the MagnetisMM-1 trial, which was created to evaluate elranatamab’s tolerability and safety in patients with relapsed or refractory multiple myeloma at ascending dose levels in order to establish the maximum tolerated dose and choose the suggested Phase 2 dose. Elranatamab was used in the trial and was given subcutaneously at doses ranging from 80 to 1000 g/kg either weekly or every two weeks.

The clinical reaction of elranatamab

Elranatamab was administered to 55 individuals with a median age of 64 years and a 27% black, African American, or Asian makeup. The median number of prior regimens was 5, with a range of 1 to 14, and 91% of the patients were triple-class refractory. Additionally, 69% of the patients had undergone prior stem cell transplantation, 29% had a high cytogenetic risk, and 24% had previously received BCMA-targeted therapy.

The Kaplan-Meier estimate for the median response time was 17.1 months among 35 respondents, and the chance of remaining event-free at 12 months was 59%.  Elranatamab produced long-lasting clinical and molecular effects, and at a sensitivity of 110-5, 100% (12/12) of evaluable patients had confirmed CR or best-achieved minimal residual disease (MRD) negativity, including 2 participants who continued to exhibit a stringent full response for more than two years.

The cytokine release syndrome was the most frequent treatment-emergent adverse effect, but it only occurred in 67% of patients and was only of grade 1 (33% of patients) or grade 2 intensity, with no grade 3 or higher reactions.

With an ORR of 64%, 38% of these patients achieved CR or better, and 100% of evaluable patients were able to attain MRD negative, the authors came to the conclusion that elranatamab produced long-lasting clinical and molecular responses in patients with relapsed or refractory MM. They continued by saying that these findings are in favour of elranatamab’s continued development for MM sufferers.