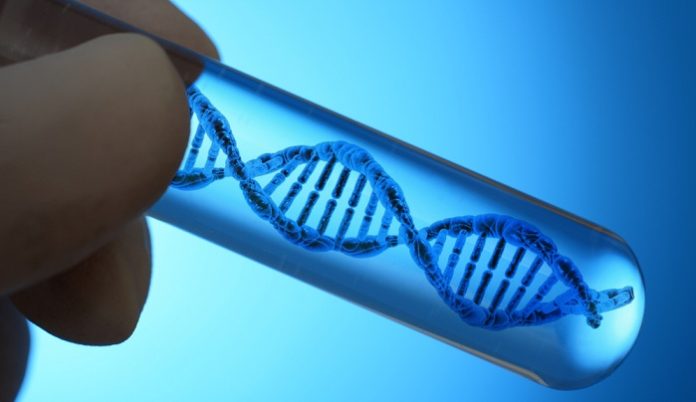 According to new research, ancient infections that left viral DNA in human genomes act as antivirals to shield human cells from some modern viruses.

A Science article titled Evolution and Antiviral Activity of a Human Protein of Retroviral Origin offers proof of concept for this result.

Previous research has demonstrated that endogenous retroviruses, or pieces of ancient viral DNA, are present in the genomes of mice, chickens, cats, and sheep and offer defence against current viruses that arise externally by preventing them from accessing host cells. Although this study used human cells grown in culture, it demonstrates that endogenous retroviruses have an antiviral effect that is probably also present in humans.

The study is significant because it may lead to the discovery of a reservoir of naturally occurring antiviral proteins that may be used to develop medicines without adverse autoimmune consequences. The research raises the prospect of a broad genomic defence mechanism that has not yet been defined.

According to professor of molecular biology and genetics in the College of Agriculture and Life Sciences, Cedric Feschotte, the results show that one has a reservoir of proteins in the human genome that possess the ability to prevent a broad spectrum of viruses. The study’s first author is John Frank, Ph.D. ’20, a previous graduate student in Feschotte’s lab who is currently a postdoctoral researcher at Yale University.

About 8% of the human genome is made up of endogenous retroviruses, which is at least four times as much DNA as the genes that code for proteins. When a retrovirus infects a cell, its RNA is turned into DNA and incorporated into the host’s genome. The cell then produces other viruses according to the genetic instructions.

In order to proliferate, the virus uses the cell’s transcription machinery as a tool. However, some retroviruses infect germ cells, such as an egg or sperm, opening the door for retroviral DNA to travel from parent to child and ultimately become integral parts of the host genome. Retroviruses typically attack cells that do not transmit from one generation to the next.

A viral envelope protein must attach to a receptor on the cell’s surface, much like a key entering a lock, for retroviruses to enter a cell. When it comes to some viruses, including SARS-CoV-2, the membrane is also known as a spike protein.

Using computational genomics, Frank, Feschotte, and colleagues scanned the human genome for possible retroviral envelope protein-coding regions that might still have receptor binding function. In order to determine which of these genes were expressed as retroviral envelope gene products in particular human cell types, scientists carried out further experiments. Many of them are expressed in the early embryo and in germ cells, while a subset are expressed in immune cells during infection, according to Feschotte. They found clear evidence of expression, he added.

After discovering antiviral envelope proteins expressed in various settings, the researchers concentrated on Suppressyn because it was known to bind ASCT2, the cellular entry point for a broad class of viruses known as Type D retroviruses. Suppressyn displayed strong activation in the placenta and during the earliest stages of human embryonic development.

The placenta is a frequent target for viruses; therefore, they next performed studies using cells that resembled human placentas. A type D retrovirus known as RD114, which is recognised to naturally attack feline species like the domestic cat, was introduced to the cells. Placental and embryonic stem cells were not infected, while other human cell types that did not produce Suppressyn may be easily infected. Placental cells were vulnerable to RD114 infection when Suppressyn was experimentally removed from them; with its replenishment, the cells restored their resistance.

Additionally, the scientists performed studies in reverse using an embryonic kidney cell line that is often vulnerable to RD114. When the researchers deliberately injected Suppressyn into these cells, the cells developed resistance.

The study demonstrates how one retroviral-derived protein from humans inhibits a cell receptor that permits viral entry and infection by a wide variety of retroviruses found in numerous non-human species. Ancient retroviruses that have been incorporated into the human genome, according to Feschotte, act as a defence mechanism for the growing embryo against viral infection.

He noted that in the future, researchers will examine the antiviral properties of more envelope-derived proteins produced in the human genome.