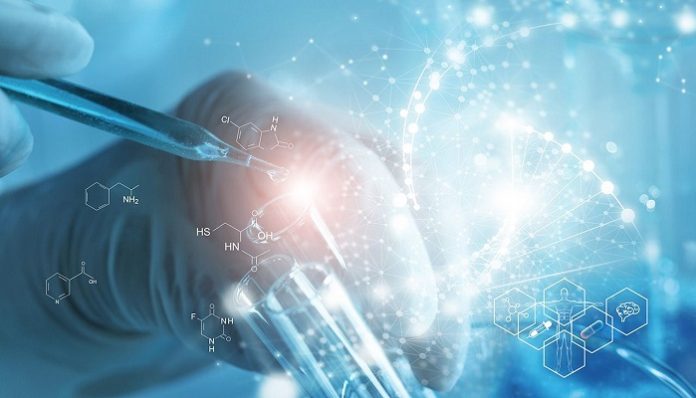 To grasp the intricate pathology of many diseases today, scientists and researchers have achieved amazing advances in basic science. The ability of the human mind to think critically and come up with answers is unmatched, and some of that development has been made possible by using technology to get new insights. Despite all of this information and work, human biology and disease pathology continue to amaze. Deep scientific advancements are being made every day by researchers, opening up new avenues for the treatment of diseases.

But there is a problem: the more information that is gathered about a condition, the tougher it is to understand the intricacy of the disease, and ultimately, the trickier it is to identify therapies. Human biology is interrelated; millions of impulses and cellular connections occur every second, necessitating complicated solutions to unravel the illness biology. Having said that, a deeper comprehension of that intricacy also presents a chance to approach the condition in novel ways and explore fresh ideas that might heal or treat many of today’s complex and challenging diseases.

The benefits of contemporary technology

Scientists are utilising technology to their benefit in order to unravel the intricacy of those diseases. They can evaluate disease data gathered over decades in previously unimaginable ways thanks to modern computer methods. Artificial intelligence (AI) has received a lot of attention as a supplement to how scientists use that data to screen pools of drug candidates against it in search of new possible treatments.

This is what many businesses are doing, but what they are really accomplishing is accelerating the conventional study and finding processes. The classic drug discovery approach, in its most basic form, entails selecting one illness hypothesis, such as a well-established or novel disease focus or the phenotype of a certain disease, and attempting to develop or find new compounds that can modulate it. This can be done more effectively by computers using AI, allowing researchers to speed up the process of screening for novel treatments. There isn’t much disagreement here about the usefulness of AI.

There is still a basic issue, though. Whether it’s a particular receptor or a more intricate illness pathway, researchers are focusing on diseases by emphasising one or two of the disease’s recognised characteristics. Researchers have the ability to target multiple receptors, but the industry only works on one at a time. Typically, a researcher will focus on one receptor, collect information and insights, and then move on to another receptor. This process is continued until the researcher fully comprehends how a medicine or chemical interacts with the condition.

Instead, consider focusing on the entire illness and learning how a specific molecule or medication can simultaneously control all of those receptors. Or, even better, developing a detailed model of the disease and testing a prospective drug or therapy against the intricate mechanisms underlying it, including its receptors, ligands, and other disease signals. The only genuine method to accomplish that conclusively is through human trials, but before even considering clinical research, the safety and effectiveness of medicines must be investigated. Disruptive technologies can have a huge impact during that first discovery stage and introduce more possible medicines to the clinic.

The benefit of AI

When things are still in the exploratory stage, AI’s worth is most apparent. As scientists learn more about disease pathology, the next wave of AI innovation must look at how all the elements of human biology fit together. With today’s advancements in drug discovery, it may be possible to find novel treatments and disease-targeting mechanisms that are both safe and effective.

In-silico models of an illness containing a variety of heterogeneous data sources have been developed in recent years by a team using AI. These models can be used to filter databases of drugs and compounds that are similar to medicines for the condition. In actuality, the team has been simultaneously examining dozens of distinct aspects of how any particular chemical may interact with the biology of human disease. This early preclinical study is the closest to imitating human trials that has ever been seen, and it could not have been done without the aid of technology, particularly artificial intelligence (AI).

The team’s work highlights two key lessons. The first is that by creating these models, the researchers are discovering completely new potential drugs that rank highly in efficacy and safety and that would normally not be found using any single-disease signal, in addition to rediscovering molecules that are already known to work, have been tested, and have passed human trials. The team’s work serves as evidence of how intricate human biology and disease pathophysiology are. Additionally, it illustrates how potential remedies are overlooked when only one aspect of an illness is compared to potential compounds.

The second point that leaps out is that, if molecules or medications can be examined using this methodology, scientists can learn a lot about how such molecules or pharmaceuticals may behave in human trials well before they enter the stage of human clinical trials. De-risking experimental R&D is the main objective that is achieved by doing this, among other crucial ones. Research and development is a tremendously dangerous business, and scientists have learned to expect that for every effective medicine, millions of dollars will have been spent on tens of thousands of unsuccessful compounds. It may be possible to move those statistics in the right direction by using technology to more accurately model a whole disease. Although there is no set date for when technology will totally eliminate danger, every advancement in that direction is positive.

The lessons mentioned above are just two examples of the advantages that the bio/pharm sector might seek in medication development and discovery by utilising technology to comprehend a fuller picture of any specific condition. But there is one thing that will never change: illnesses will always be evasive and unexpected. There are millions of scattered data points for each condition for which researchers have discovered a treatment. The better scientists can use technology and artificial intelligence to evaluate these puzzle pieces and create a more complete picture of the disease, the more effectively they will be able to develop and test possible treatments against a more comprehensive disease theory.

The bio/pharma sector has developed innovative solutions for every challenge and issue it meets, and the intricacy of disease data is no exception. Medicine discovery will be revolutionised by the potential of AI and other technologies to provide a deeper knowledge of diseases and how any specific chemical or drug may affect those disorders. As human understanding of diseases becomes more complex, technology may advance to help understand that intricacy. Therefore, despite having to deal with problems that are exponentially more difficult, the sector may witness a constant rate of new discoveries rather than fewer ones.