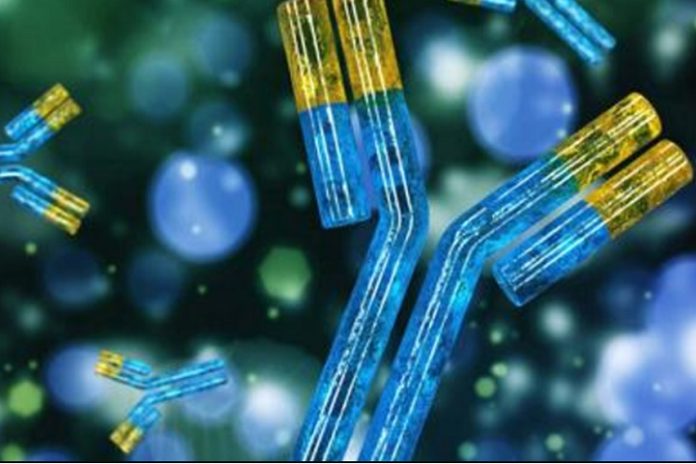 Once the patent on a previously ground-breaking blockbuster molecule comes to an end, there is an opportunity for biosimilar versions of this product to enter the market. Often presenting a more cost-effective alternative, biosimilars can provide greater access to critical therapeutics.

However, developers must work quickly to get their biosimilar to market before the competition. To successfully deliver a new biosimilar product to market, developers must ensure that their product is demonstrably like the innovator product, requiring both pharmacokinetic (PK) and immunogenicity comparability studies.

In this article, Jim McNally, Chief Scientific Officer, and Lynn Kamen, Scientific Officer at BioAgilytix explore the expanding biosimilars market, highlighting the challenges that developers starting the journey from preclinical to commercial can expect to encounter along the way.

The success of blockbuster therapeutics can be attributed to the unique characteristics of the drug as well as the protective patent preventing others from designing similar, competitor products. Consequently, these blockbuster molecules tend to dominate the market, reducing access to other possible alternatives, and consequently restricting competition, which can impact prices.

However, once the blockbuster drug comes off patent, there is potential for new, biosimilar products to enter a once prohibited market, offering similar efficacy, safety, and immunogenicity. The introduction of biosimilars can help to broaden patient access to vital medicines, particularly in developing countries, by providing them at reduced cost.

This is an attractive opportunity for drug developers, as seen in the market growth of global biosimilars between 2015 and 2020 following a wave of expired patents for blockbuster molecules. In this period, biosimilar value grew at a compound annual growth rate (CAGR) of 78%, reaching approximately $17.9 billion in 20201. With a total of 26 blockbuster molecules set to come off patent in the next 5 years2 and drugs like Humira anticipated to have up to 11 biosimilars by 20233, this growth is expected to continue, reaching an estimated $75 billion by 20301.

Understanding the need for wider access to critical therapeutics for patients, government bodies and agencies are helping to fuel the growth of the biosimilars market. The World Health Organization is currently revising its guidelines for the development of biosimilars surrounding the need for often extensive and costly comparative efficacy trials. The US federal government has also introduced policy changes allowing certain hospitals using biosimilars to be reimbursed at a higher rate.

Bioanalysis is an essential component of bringing biosimilars to market

With many drug developers setting their sights on the biosimilars market, gaining a market share can be a significant challenge. Not only will they have to navigate the hurdles of developing a drug that can be demonstrated to have similar efficacy and safety to the originator, but they must pass the critical milestones on the journey to market at speed to overcome stiff competition. Before starting their journey from preclinical to commercial, developers must therefore understand what is required of their biosimilar at every milestone in order to prepare and accelerate timeframes.

In terms of regulatory requirements, the FDA will only approve a biosimilar once the developer has established that it is highly similar to the previously approved innovator reference product (RP). This means demonstrating that the biosimilar has no clinically meaningful differences in safety, purity, and potency. Structural and functional similarity must be made evident with analytical data. In clinical phases, studies assessing pharmacokinetics (PK), immunogenicity, and pharmacodynamics (PD) will also be necessary.

Therefore having PK and immunogenicity assays in place that are robust and reliable is critical to making sure the biosimilar clinical studies meet critical timelines and stay within budget.

When comparing the biosimilar with the RP, the way that the human body interacts with each drug from administration to absorption, distribution, metabolism, and excretion must be understood. Different clinical trial patient samples (e.g., plasma, urine, and saliva) can be analyzed to elucidate the biosimilar’s interaction with the body, as well as the intensity and duration of its efficacy.

Compared with immunogenicity testing, demonstrating PK comparability between the biosimilar and RP is generally associated with fewer challenges. Historically, PK assays were designed to use multiple standard curves, one for the RP, and one for the biosimilar. However, recent trends have set to streamline the assay design to a one assay approach, showing the comparability between standard curves of the RP and biosimilar in development, and using just one standard curve with assay QCs from both innovator and biosimilar products. Therefore, the same assay will be used to analyze samples from clinical trial patients receiving the biosimilar, as well as those on the RP.

Although PK assay development is often straightforward, bioanalytical developers must take into consideration the inherent variability that will arise as a result of small changes in manufacturing processes. Even when producing an innovator drug, there will always be subtle minor variations between batches, consequently affecting the behavior of the drug in some small way.

Although some have argued in favor of the single assay approach to immunogenicity method development, potentially being more time-efficient and cost-effective, this approach can create difficulties. Because immunogenicity assays are dependent on this specific drug being tested, the subtle differences between the biosimilar and RP may result in significant differences in the detection of antidrug antibodies. Without separate assays to examine the potential differences, it is more challenging to determine whether the difference in immunogencity is due to process variations or if the two molecules are in fact significantly different.

As well as the need to design, develop, and validate two assays as opposed to one, there are a number of challenges surrounding improvements in analytical techniques that bioanalytical scientists can expect to see when bringing a biosimilar to market.

It is important to remember that many of the original innovator anti-drug antibody (ADA) assays for testing immunogenicity were developed many years ago, under prior regulatory guidance. Since then, the technologies used to conduct these tests have advanced greatly. Consequently, these previously designed assays may not be up to the standards of today. This means bioanalytical developers are inherently obligated to improve upon these assays and essentially develop a whole new test that is compliant with current regulations.

However, with improvements in sensitivity, it is naturally the case that more individuals who previously wouldn’t have been identified as having an immune response using the old testing method are detected  using this new assay. The number of those responding to the RP may therefore not correspond to what was reported previously or as stated on the label of the RP. Although this discrepancy could raise questions as to the suitability and accuracy of the test, developers must understand that regulators are generally already aware of this common issue.

Another factor that developers of biosimilar comparability assays examining immunogenicity must consider is the fact that participants in the clinical trials will have likely had limited access to drugs other than the RP to treat their illness. This means that many of these participants could have been previously exposed to the RP, heightening the chance of pre-existing immunogenicity towards both the RP and biosimilar. Again, developers should be aware that this is also a common issue that is considered a likely phenomenon by regulators.

Bioanalytical expertise can accelerate the journey to market

Once the biosimilar has reached the stage where PK and immunogenicity comparability testing is underway, it can be expected that a great deal of financial investment was already made. If these assays are not fit for purpose, and the biosimilar fails the comparability studies, this could be disastrous for the developer and those who invested in the project.

It is therefore essential that these assays are robust, requiring expertise and experience to overcome the challenges involved and to achieve development and validation at speed. By relying on those possessing the necessary bioanalytical expertise as well as the latest analytical platforms available for support, robust PK and immunogenicity assays can be developed quickly, potentially allowing a biosimilar to be delivered to the market before competitor products.

With growing numbers of biosimilars set to enter the development pipeline and start the journey to market, developers will need to be aware of the challenges that can arise during the critical clinical testing stage. By understanding the impact of variation, the evolution of technology since the approval of the RP, and key regulatory changes, developers can prepare for success. However, ensuring robust and reliable PK and immunogenicity assay development will ultimately rely on experience and expertise. With the support of dedicated bioanalytical partners, biosimilar developers can overcome the challenges involved and improve their speed to market. 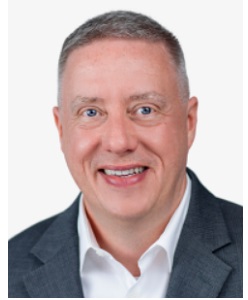