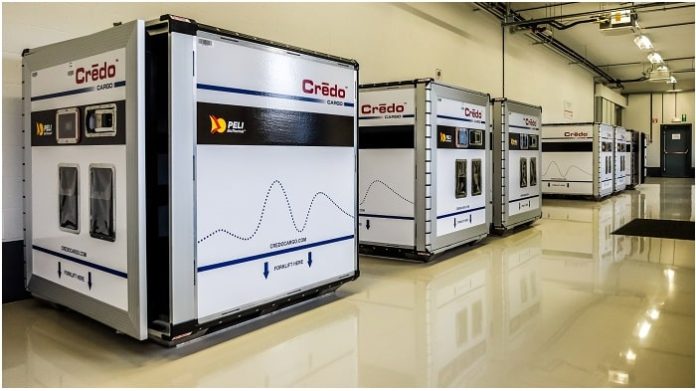 Previous predictions in pharmaceutical transportation trends, highlighting declining air passenger numbers and air freight demand increasing, have been pandemic propelled. Coronavirus continues causing worldwide disruption and it is anticipated its industry impact will continue throughout 2021 and beyond.

Pre-pandemic passenger numbers were already on the downturn, however the COVID-19 crisis significantly accelerated that trend.

The crisis capacity crunch came as the number of passenger flights plummeted and the ensuing scramble to transport pandemic payloads saw the deployment of hundreds of passenger planes as freighters, known as preighters.

Pioneering Portuguese charter operator Hi Fly led this trend and was the first to convert an A380 for freight, taking out the majority of seats to provide more cargo capacity.

Despite the sector seeing the grounding of hundreds of passenger planes, earlier than had been initially forecast, which led to a reduction in the availability of cargo space in the bellies of these passenger aircraft, we’ve seen more planes undergo conversions to freighters.

The preighters prevalence looks set to continue throughout 2021 and beyond. Although the air cargo industry faces continuing challenges, IATA predicts an anticipated 25% rise in freight tonne-kilometres this year.

Boeing projects growth in the global freighter fleet with the number of cargo aircraft in service forecast to increase more than 60% over the next two decades, resulting in 3,260 operational aircraft by 2039.1

However, the ongoing drastic downturn in travel means the loss of a lot of capacity in passenger aircraft, and while freighter aircraft are still present and working hard, fleet growth takes time, so there will be a slower response to replacing some of the capacity lost from the passenger side of the industry.

Some of the 747s which have comparatively low hours on their airframes will undoubtedly become 747 converted freighters and will be flying as freighters just to try to backfill some of that loss in capacity from the passenger numbers. 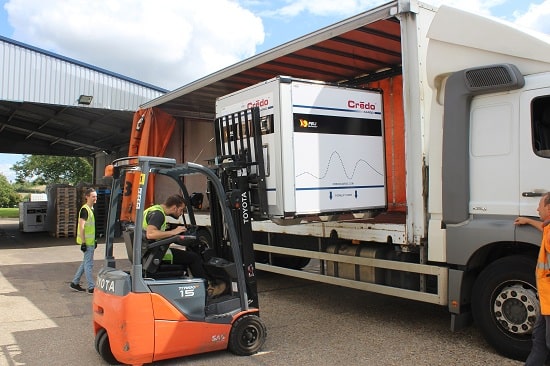 Before COVID-19, it was predicted airlines would start cutting flights from schedules, mothball larger aircraft, decline production options and look to utilise smaller, more efficient aircraft in the future for environmental and economic reasons. All of those decisions have been massively accelerated.

The forecast to park some of the larger, widebody aircraft has been brought forward significantly, due to the COVID-19 crisis.

The ongoing impact of the pandemic has meant the majority of all 747 freighter aircraft have or are being retired. The A380, which Airbus had previously announced it would stop deliveries of in 2021, has also been retired across the board by numerous airlines, except Emirates.

Increasingly airlines are globally grounding their A380s in favour of more modern, smaller jets, which can fly more efficiently than their four-engine aviation counterparts.

With far fewer passengers flying in a pandemic world, the travel downturn has ramped up decisions to park planes, some permanently, further impacting the already dwindling resource of global air freight capacity.

What we will continue to see is a lot more interest in leaner aircraft, like the A220, the Canadian Bombardier aircraft Airbus produced in North America.

Sea Change in Modes of Transport

There will be ongoing developments in the sea freight sector, which has an estimated 17 million TEUs (Twenty-foot Equivalent Unit) serviceable globally, of which six million containers are routinely turning and carrying freight. 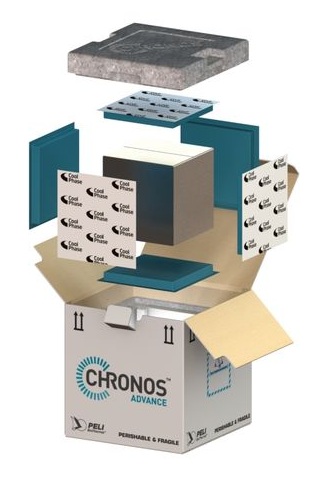 Put in perspective, at its lowest level of trading during the onset of coronavirus, there were 135,000 TEUs a month travelling from China to the US. However, during peak months, when the US retail sector stocks up for Thanksgiving and Christmas, this increases to 900,000 TEUs a month. This equates to 8% of the global free flow of sea containers just crossing the Pacific from China to the United States.

When China returned to approximately 98% of its production output in April other countries were then in lockdown, with some like the US, holding containers for two weeks in ports to quarantine them, compounded by shorthanded work forces operating in the docks.

As sea containers started to pile up in their markets and with exports to China impacted, shipping lines cut sailings from schedules, which saw sea freight prices spike by up to 50%.

Uncertainty in sea freight and air freight availability saw pharma companies initially ship everything they could, by any mode of transport available, to get it out to the markets.

We are now back in the situation where that back haul from the US and Europe, following seasonal shipments for Christmas retail demands, China again has availability issues with reduced sailings, so there will not be any kind of normal flows until March 2021, at the very earliest.  However as the UK is currently back in another national lockdown, with all non-essential retail effectively closed and production affected and if this trend spreads further into Europe and possibly the US, then that will further affect the back haul. So whereas I was hoping things might be back to some kind of normality in March, I am now inclined to add another quarter to that. So, I now think there will be exacerbated sea freight and sea container availability issues throughout the first half of 2021.

Given the sea freight situation we will continue to see the utilisation of air freight to transport pandemic payloads. When it comes to economics, without the passengers on the main deck is a much more expensive operational option. However, pharma customers are prepared to pay those premiums to move their product.

The volumetric efficiency on aircraft is critical at the moment because it is such a scarce resource we need to ensure the best use is made of it.  With air freight capacity a dwindling resource, it is even more important to have the efficient packing density of temperature controlled product on such limited airfreight resources. 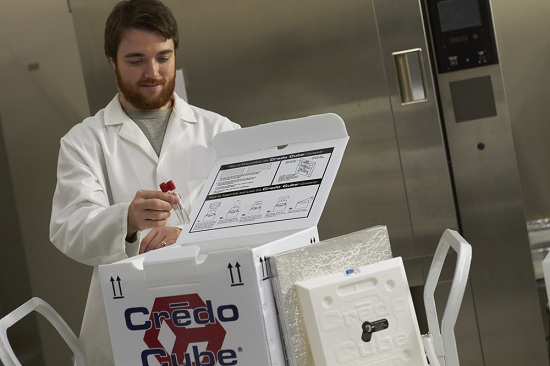 As the development of successful COVID-19 vaccines continues at a rapid rate, the world’s first approved vaccines are already being administered as part of ongoing mass vaccination programmes worldwide.

Temperature controlled packaging manufacturers continue to play a pivotal part in the global deployment of these approved vital vaccines, including those developed by Pfizer/BioNTech, Oxford University/AstraZeneca and Moderna.

As COVID-19 vaccines fall into different families of technology, some have frozen and deep frozen temperature requirements, leading to a scramble to qualify existing solutions for shipping at those specific lower temperatures.

In a rapid response to the logistical cold chain challenges involved in the deployment of these potentially lifesaving vaccines, we have adapted our shippers to meet those temperature requirements, as have other providers in the market.

There has been an impetus for innovation to support these temperatures in volume. Suppliers stepped up to meet the vaccine temperature requirements by adapting existing shipping solutions and the capacity is there, so I don’t anticipate it will be an issue going forward.

The focus is reverted back to the capacities in the transport modes and given the nature of these drugs people are paying whatever it costs to ship them, with rates rising sharply from $2.5 a kilo to $23; however that’s starting to calm down.

Beyond all of the current vaccines being approved there will be the need to provide boosters. It is going to create a recurring step up in the volume of vaccines being shipped, alongside the flu vaccines being transported and other pharmaceutical payloads every year.

There will not be a continuous crisis; it will be a continuing trend of smaller aircraft, with reduced air freight capacities, moving pharmaceutical products at temperatures that sea freight cannot do. It really can only fly.

However, there’s not going to be a modal shift from air to sea because sea cannot meet the temperature requirements necessary for these shipments. You get a displacement, whereby COVID-19 shipments, whether vaccines, test kits and reagents or some of the therapies which help with recuperation, like Remdesivir, are flying at almost any cost on a dwindling resource.

The pharmaceuticals, which have more normal temperature shipping requirements, like 2 – 8C degrees or 15 – 25C degrees, get displaced and in that situation, when the air freight rates get so high, sea freight would normally be seen as a shipping solution.

However with all of the sea freight challenges, coupled with the fact that their transportation rates have also doubled, there has been some displacement but not as much as pharma companies would have liked, which is what has kept pushing the prices up in the region of the $23 a kilo figure for air freight we had seen previously in the market.

Sea freight will improve in the first six months of 2021 so some of that displacement can take place more efficiently. But aircraft will still be full of the COVID-19 related products.

2021 will see the industry learning to operate in the new norm with everyone getting used to that new norm. Next year we might start to see some improvements and efficiencies but I think this year is about adjusting our planning, our capacities and our operations around this spike in demand and the gradually improving capacity picture. Almost like wearing in a new pair of shoes. 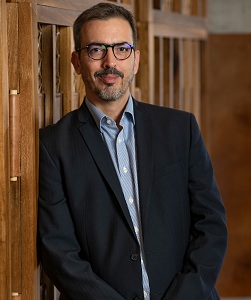 Dominic Hyde is well experienced in the global cold chain logistics field, in which he has worked for 20 years, developing worldwide rental programs for transport of temperature controlled pharmaceuticals. Prior to this position, he was Managing Director at va-Q-tec Ltd. where he was responsible for building a global rental network and container fleet from scratch. Preceding that role, he was Managing Director at MBI aero, which consulted on transportation solutions for high value/life critical products requiring a controlled environment throughout their transportation cycle. Previously, Mr. Hyde was Chief Operating Officer at Envirotainer AB, where he also held the positions of Director of Technical Sales and Technical Director. He has an engineering background and originally studied Software Engineering and then reading Systems Engineering before starting his career in defence avionics and cockpit systems.

Pharmaceutical companies and other organisations looking to make significant cost and quality improvements in their cold chains are switching to Peli BioThermal for single-use and reusable temperature-controlled packaging. Our innovative, patented technologies and consultative services ensure product quality, mitigate excursion rates, reduce packaging costs and drive Total Cost of Ownership (TCO) across your entire supply chain. Our global network of consultative cold chain experts provides our customers with consistent packaging and logistics experiences wherever they do business. While our full line of single use and reusable packaging solutions from parcel to pallet shippers are competitively priced, the real economic value we bring to our customers focuses on TCO. 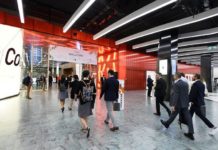 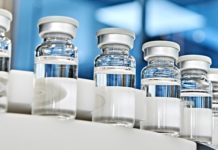 How to plan cGMP-compliant clinical batches 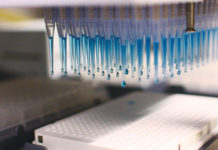 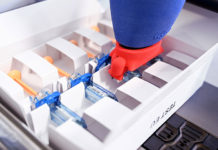 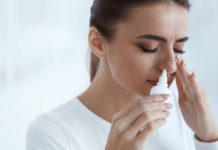 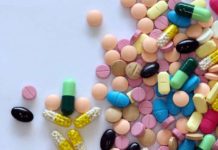