Gilead Sciences, Inc. today announced that the U.S. Food and Drug Administration (FDA) has approved once-daily oral Truvada® (emtricitabine and tenofovir disoproxil fumarate), in combination with safer sex practices, to reduce the risk of sexually acquired HIV-1 infection in adults at high risk. Truvada is the first agent to be approved for HIV prevention in uninfected adults, a strategy called pre-exposure prophylaxis (PrEP). As part of the approval, Gilead worked with the FDA to develop a Risk Evaluation and Mitigation Strategy (REMS) to help ensure safe use of Truvada for PrEP as part of a comprehensive prevention strategy. Truvada was originally approved in 2004 in combination with other antiretroviral agents as a treatment of HIV-1 infection in adults and is currently the most-prescribed antiretroviral product in the United States.

“Today’s decision is the culmination of almost 20 years of research involving investigators, academic and medical institutions, funding agencies and nearly 20,000 trial participants around the world, and Gilead is proud to have been a partner in this effort,” said Norbert Bischofberger, PhD, Executive Vice President, Research and Development and Chief Scientific Officer, Gilead Sciences. “This advancement in the field of HIV prevention was made possible due to the leadership and commitment of the FDA and the Department of Health and Human Services to reduce the number of new HIV infections in the United States and worldwide.”

It is estimated that 1.2 million Americans are currently living with HIV, and, despite the availability of existing prevention tools such as condoms, the incidence rate has remained steady over the past two decades with approximately 50,000 new infections occurring each year. Nearly one-quarter (23 percent) of new HIV cases occur among women, and more than half (61 percent) occur among men who have sex with men (MSM). In particular, young African American MSM bear a heavy burden of the epidemic, with new HIV cases among this group increasing by nearly 50 percent between 2006 and 2009.

Data supporting the approval of Truvada for PrEP came primarily from two large placebo-controlled trials known as the Pre-Exposure Prophylaxis Initiative (iPrEx), sponsored by the U.S. National Institutes of Health (NIH) and the Bill and Melinda Gates Foundation, and Partners PrEP, sponsored by the University of Washington and funded by the Bill and Melinda Gates Foundation. The iPrEx and Partners PrEP trials found that Truvada reduced the risk of acquiring HIV infection by 42 percent and 75 percent, respectively. Several other clinical studies also support the use of Truvada for HIV risk reduction.

“This approval is a major milestone in our 30-year fight against AIDS,” said Robert M. Grant, MD, MPH, Betty Jean and Hiro Ogawa Endowed Investigator, Gladstone Institute of Virology and Immunology, University of California, San Francisco and lead investigator of the iPrEx trial. “The use of PrEP alongside routine HIV testing gives us a tremendous opportunity to reduce the rate of new HIV infections in this country and around the world.”

Based on the iPrEx results, in January 2011 the Centers for Disease Control and Prevention (CDC) issued interim guidance on Truvada as PrEP among high-risk adult MSM. CDC is currently developing formal U.S. Public Health Service guidelines for the use of PrEP among both men and women, which will address procedures for HIV testing and health screening prior to PrEP initiation, as well as ongoing monitoring for cases of HIV infection that may occur despite PrEP use, possible drug resistance among those who become infected, side effects and clinical toxicities.

“The data clearly demonstrate that Truvada as pre-exposure prophylaxis is effective at reducing the risk of HIV infection acquired through sexual exposure,” said Connie Celum, MD, MPH, Professor of Global Health and Medicine at the University of Washington and lead investigator of the Partners PrEP trial. “It is exciting to consider the potential impact of this new HIV prevention tool, which could contribute to significantly reducing new HIV infections as part of a combination HIV prevention strategy. Although the implementation of PrEP will bring challenges, they can be anticipated and systems developed to address these challenges. In particular, systems to provide comprehensive education and support to health care providers and people who use PrEP will be required to ensure appropriate and effective use of this potentially groundbreaking new HIV prevention intervention.”

In all studies of Truvada for PrEP, the most commonly reported side effects included headache, stomach discomfort and weight loss. The incidence and types of side effects were consistent with Truvada’s safety and tolerability profile when used as an HIV treatment, which is supported by more than four million years of patient use. Overall, there have been nearly nine million patient years of experience with tenofovir-containing regimens.

Truvada for a PrEP indication:

Comprehensive Management to Reduce the Risk of Acquiring HIV: Truvada for PrEP should only be used as part of a comprehensive prevention strategy that includes other prevention measures such as safer sex practices. A comprehensive prevention strategy includes consistent and correct use of condoms, the individual knowing both their and their partner’s HIV status, getting regular testing for HIV and other sexually transmitted infections, and informing individuals about and supporting their efforts to reduce sexual risk behavior.

In clinical trials for Truvada for PrEP, the most common side effects associated with Truvada were headache, stomach discomfort and weight loss. Caution should be exercised when co-administering Truvada with didanosine, atazanavir and lopinavir/ritonavir due to the potential for toxicity.

Gilead Sciences is a biopharmaceutical company that discovers, develops and commercializes innovative therapeutics in areas of unmet medical need. The company’s mission is to advance the care of patients suffering from life-threatening diseases worldwide. Headquartered in Foster City, California, Gilead has operations in North America, Europe and Asia Pacific. 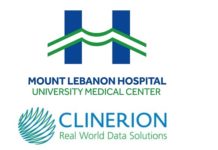 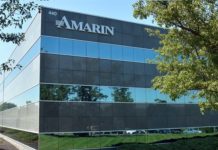 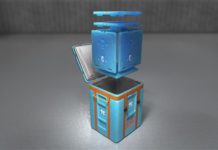 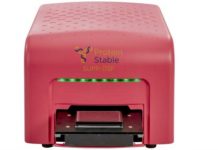 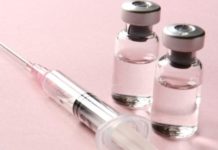