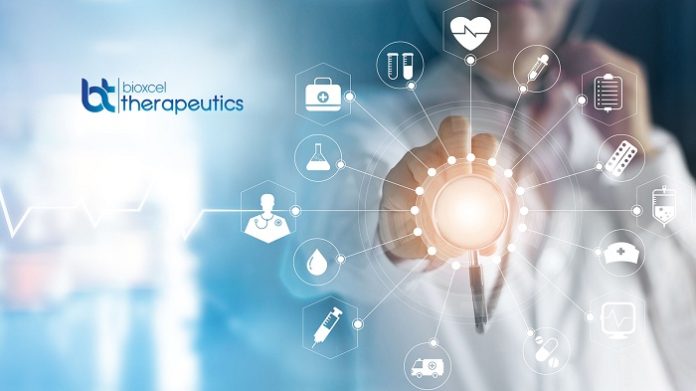 BioXcel Therapeutics, Inc , a clinical-stage biopharmaceutical company utilizing artificial intelligence approaches to identify and advance the next wave of medicines in neuroscience and immuno-oncology, announced that its Investigational New Drug application for BXCL501, the Company’s proprietary sublingual thin-film formulation of dexmedetomidine , has received clearance from the U.S. FDA for the treatment of opioid withdrawal symptoms.

“The FDA clearance of our IND application for opioid withdrawal, a fourth indication, is an important step in our plans to build a neuroscience franchise around the multiple therapeutic opportunities with BXCL501,” commented Vimal Mehta, Chief Executive Officer of BTI. “Opioid overdose is reported as the number one cause of death for those under 50 years old in the U.S., and the distressing and challenging symptoms that come with opioid withdrawal are a primary reason for relapse. There is an urgent need for better treatment options to help manage the debilitating withdrawal symptoms and aid this underserved population from continued opioid abuse. BXCL501, our investigational non-opioid therapy, may offer key advantages to treating symptoms due to its intrinsic potency and favorable delivery method. We believe this study will build on the encouraging results we observed in our intravenous (“IV”) Dex trial, which appeared effective in reducing opioid withdrawal symptoms.”

Opioid withdrawal is an emotional and physiological medical condition that may be driven by the excessive drive of noradrenergic neurons that originate from the locus coeruleus in the brainstem. BXCL501 selectively activates alpha-2a adrenergic receptors, which decreases excessive neuronal firing, alleviating the physiological symptoms of opioid withdrawal.

The RELEASE trial is a multicenter, randomized, double-blind, placebo-controlled, ascending-dose Phase 1b/2 study designed to evaluate the safety, pharmacokinetics, tolerability and efficacy of BXCL501 in patients experiencing symptoms of opioid withdrawal. This study will enroll subjects with opioid use disorder who are physically dependent on opioids. Patients will be randomized into multiple dose cohorts of BXCL501, or matching placebo, administered twice daily for five days. The study will assess opioid withdrawal symptoms using both the Clinical Opiate Withdrawal Scale and Short Opiate Withdrawal Scale of Gossop over a 10-day period.

About BXCL501
BXCL501 is a potential first-in-class, proprietary sublingual thin film of dexmedetomidine, a selective alpha-2a receptor agonist for the treatment of acute agitation. BTI believes that BXCL501 directly targets a causal agitation mechanism and the Company has observed anti-agitation effects in multiple clinical studies across multiple neuropsychiatric indications. BXCL501 has also been granted Fast Track Designation by the U.S. Food and Drug Administration for the acute treatment of agitation.

A Phase 1b safety and efficacy study of BXCL501 yielded positive dose-response data. BXCL501 is being evaluated in the SERENITY program, consisting of two Phase 3 studies for the acute treatment of agitation in patients with schizophrenia (SERENITY I) and bipolar disorder (SERENITY II). BXCL501 is also being evaluated in a Phase 1b/2 trial for the treatment of agitation associated with dementia, and the Company is preparing to initiate the Phase 1b/2 RELEASE trial of BXCL501 for the treatment of opioid withdrawal symptoms.

According to the Centers for Disease Control and Prevention (CDC), the misuse of and addiction to opioids is a serious national crisis and is the leading cause of death in the U.S. for those under 50 years old. Between 1999-2017, almost 400,000 people died from an overdose involving an opioid, with greater than 47,000 deaths occurring in 2017 alone. The CDC estimates the total “economic burden” of prescription opioid misuse alone in the U.S. is $78.5 billion a year, including the costs of healthcare, lost productivity, addiction treatment and criminal justice involvement. Opioid withdrawal is a condition characterized by symptoms such as anxiety, agitation, sleep problems, muscle aches, runny nose, sweating, nausea, vomiting, diarrhea and drug craving — that occur after stopping or reducing the use of opioids in anyone with physical dependence on opioids.