Alexander Eggermont, MD, PhD, Chief Scientific Officer at the Princess Máxima Center and renowned expert in immunotherapy showcased the broad potential of BI-1206 in enhancing checkpoint inhibitors in solid cancers in a KOL event hosted by BioInvent on July 21.

Professor Eggermont discussed the clinical challenges associated with the use of checkpoint inhibitors in solid tumors and the potential for an enhanced response with immune-modulatory antibodies, specifically those targeting FcγRIIB, such as BI-1206.

“The most important message to take away from this presentation – BI-1206 has the potential to go across multiple tumor types, much like pembrolizumab which is approved in over 20 different cancer types,” said professor Eggermont.

BioInvent’s lead pipeline candidate BI-1206 is a first-in-class monoclonal antibody that targets FcγRIIB – the only inhibitory Fcγ receptor that acts as a “brake” on the innate immune system – to unleash antibody-mediated reactivation of the immune response against cancer.

“We are thrilled with the strong support for the potential broad use of BI-1206 in many different cancers from such a renowned expert as professor Eggermont,” said Martin Welschof, CEO of BioInvent.

To begin with, BI-1206 can give better and prolonged anti-PD1 blocking and thus, it has the potential to be used in many first line indications across multiple tumor types.

Furthermore, BI-1206 can overcome resistance to anti-PD1. It enhances the activity of, for example rituximab and overcomes resistance to those agents. It is an enhancer that has potential to go across multiple tumor types in refractory settings by blocking FcγRIIB interaction.

Last but not least. Dosing of BI-1206 may be different in 1st and 2nd line and be different in different tumor types. BI-1206 can be optimized and dosed as needed which gives a big potential for a wide development pathway.

“The simplicity of the BI-1206 model is very attractive. BI-1206 has an additive or synergistic, further enhancement of anti-PD-1 function. It has tremendous potential as it can be used in multiple indications,” concluded professor Eggermont.

Prof. Eggermont was previously Director General of Gustave Roussy Comprehensive Cancer Center, Villejuif, France (2010-2019); and Professor of Surgical Oncology (2003-2016) and Endowed Professor of International Networking in Cancer Research (2011-2018) at Erasmus University MC, Rotterdam, the Netherlands. He holds a PhD in tumor immunology from Erasmus University and is Fellow of the National Institutes of Health’s National Cancer Institute (NIH-NCI). Prof. Eggermont has served as President of ECCO, President of the EORTC, was a member of the Board of Directors of ASCO, served on the Editorial Board of the Journal of Clinical Oncology, and is currently Editor-in-Chief of the European Journal of Cancer. Prof. Eggermont has published more than 900 peer-reviewed papers and his expertise has been acknowledged by many professional awards throughout his career.

BioInvent International AB is a clinical stage company that discovers and develops novel and first-in-class immuno-modulatory antibodies for cancer therapies, with two ongoing programs in Phase l/ll clinical trials for the treatment of hematological cancer and solid tumors, respectively. Two preclinical programs in solid tumors are expected to enter clinical trials by the end of 2020. The Company’s validated, proprietary F.I.R.S.T™ technology platform simultaneously identifies both targets and the antibodies that bind to them, generating many promising new drug candidates to fuel the Company’s own clinical development pipeline or for additional licensing and partnering.

The Company generates revenues from research collaborations and license agreements with multiple top-tier pharmaceutical companies, as well as from producing antibodies for third parties in the Company’s fully integrated manufacturing unit. 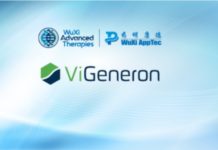 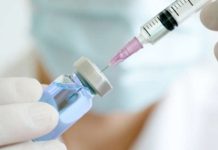 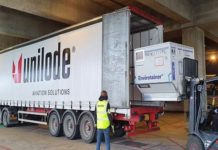 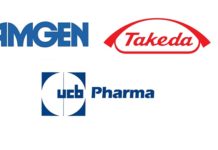