Baxter International Inc. announced the first approval of PREFLUCEL by the Austrian Agency for Health and Food Safety (AGES).  The vaccine was shown to be effective in preventing seasonal influenza and is indicated for prophylaxis of influenza in adults and the elderly.  PREFLUCEL is manufactured using Baxter’s proprietary advanced Vero cell technology.

Vero cell technology offers an innovative method of vaccine production compared to conventional embryonated chicken egg production.  Vero cell technology uses the natural virus, identical in protein composition to the virus circulating in nature, instead of genetically modified virus strains, which are used by egg manufacturers.  This results in a high purity vaccine that is free of egg protein and free of antibiotics, and is suitable for adults and elderly populations, as well as people with egg or antibiotic allergies.  In addition, PREFLUCEL is free of preservatives.

“Influenza is the world’s most common vaccine-preventable disease, yet epidemics regularly claim the lives of hundreds of thousands of people each year,” said Professor Markus Mueller, M.D., head of the Department of Clinical Pharmacology at the Medical University of Vienna.  “We are encouraged by the potential of this new vaccine and the important role it can play in ensuring public health during the coming flu seasons.”

PREFLUCEL contains antigens from the three distinct viral strains selected by the World Health Organization (WHO) as representative of circulating strains every year and has proven efficacy over the full influenza season, which lasts from October through May in the Northern Hemisphere.  In a large placebo-controlled Phase III clinical study conducted in the U.S. during the 2008 to 2009 flu season, 7,236 individuals vaccinated with PREFLUCEL demonstrated a 78.5 percent protection rate against culture-confirmed influenza from influenza strains that matched those in the vaccine, and a 71.5 percent rate of prevention of influenza from all the circulating strains, including mismatched as well as drifted strains isolated during the study.  These protection rates are consistent with what has been observed with licensed egg-derived seasonal influenza vaccines.  The most common undesirable effects observed were pain at the injection site, headache, fatigue, myalgia and malaise, at rates similar to those observed with licensed egg-derived seasonal influenza vaccines.

The strong immune response of PREFLUCEL was further demonstrated by meeting the criteria for immunogenicity set by the European Medicines Agency and the U.S. Food and Drug Administration in all Phase III clinical studies completed.

“Not only has PREFLUCEL demonstrated excellent immunogenicity with respect to the three viral strains identified as most likely to cause illness by the World Health Organization, but it also demonstrated a greater than 70 percent protection rate against all circulating flu strains,” said Hartmut Ehrlich, M.D., vice president of global research and development and medical affairs for Baxter BioScience.  “With the approval of PREFLUCEL, Baxter is pleased to offer its latest advancement in vaccine technology to effectively protect individuals and communities from influenza.  We look forward to the successful introduction of PREFLUCEL in Austria and the Czech Republic this year and making it available in other countries in the near future.”

PREFLUCEL is now available in Austria and will also be available in the Czech Republic during the 2010 to 2011 flu season.  Baxter expects to submit for approval of PREFLUCEL in additional countries in Europe in 2010 through a Mutual Recognition Procedure (MRP).  The MRP is used when marketing authorization (MA) has already been granted in one country, known as the Reference Member State, after which the MA holder seeks an MA in other European Member States.

In addition to European markets, Baxter continues to expand its development and licensing activities for this important vaccine through direct regional and national licensing processes.  Already announced alliances include a cell culture technology alliance partnership with Takeda Pharmaceutical Company Limited in Japan and a continued influenza cell culture development partnership with U.S. based DynPort Vaccine Company LLC (DVC), a CSC company (NYSE: CSC) as part of a U.S. Department of Health and Human Services (DHHS), Office of the Assistant Secretary for Preparedness and Response, Office of Biomedical Advanced Research and Development Authority contract awarded to DVC in May 2006.

PREFLUCEL is a new seasonal vaccine composed of purified, inactivated split influenza virions, which this year also includes the 2009 H1N1 pandemic strain.   It is the result of almost two decades of dedicated product development efforts to provide a safe and effective next-generation vaccine that can be dependably manufactured on an annual basis for each flu season.  PREFLUCEL is manufactured using Vero cell technology, Baxter’s proprietary technology platform.

PREFLUCEL clinical studies involved more than 15,000 participants, of which more than 9,000 adult and elderly participants received the vaccine. The most common undesirable effects observed were pain at the injection site, headache, fatigue, myalgia and malaise.

Influenza is caused by a highly contagious virus that spreads easily from person to person and affects individuals of all ages; both systemic and respiratory symptoms ranging from mild to life-threatening can be experienced. Worldwide, influenza epidemics result in 250,000 to 500,000 deaths per year.1  The relative dominance of the currently circulating influenza strains, as well as the type of circulating viral strains, may vary seasonally, and different viral strains may affect different age groups in the population.

The World Health Organization (WHO) and EU national authorities recommend vaccination as the most effective way to prevent influenza and severe diseases caused by the infection; this should be repeated every year as influenza strains are constantly changing.  In the elderly, vaccination can reduce severe illnesses and complications by up to 60% and deaths by 80%.2  The WHO and EU national authorities recommend seasonal influenza strains (H1N1, H3N2 and B) for the Northern Hemisphere for the 2010-2011 influenza season.  Influenza vaccination has also been shown to deliver substantial public health and economic benefits, including cost-effectiveness or even cost-savings in adults and the elderly and significant reductions in pneumonia, hospitalizations and death.3

About Baxter
Baxter International Inc., through its subsidiaries, develops, manufactures and markets products that save and sustain the lives of people with hemophilia, immune disorders, infectious diseases, kidney disease, trauma, and other chronic and acute medical conditions.  As a global, diversified healthcare company, Baxter applies a unique combination of expertise in medical devices, pharmaceuticals and biotechnology to create products that advance patient care worldwide. 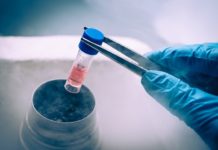 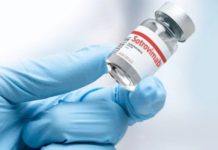 GSK and Vir Biotechnology announce US government agreement to purchase additional supply of sotrovimab, authorised for the early treatment of COVID-19 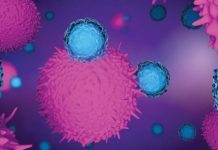 COVID-19 Vaccines May Need Updation For Omicron- WHO Body