Agios Pharmaceuticals, the leading biopharmaceutical company focused on discovering and developing novel drugs in the rapidly emerging field of cancer metabolism, announced today a publication from Agios founder Lewis C. Cantley, Ph.D., and Agios advisor Matthew Vander Heiden, M.D., Ph.D., in the journal Nature Genetics that adds to evidence that dysregulated activity of the serine pathway is linked to the growth and survival of certain cancers.

An independent study recently published in the journal Nature by the Whitehead Institute and Agios scientists also concluded that the serine pathway may play an important role in certain breast cancers. The new findings were generated using a novel research method called metabolic flux analysis, which may have broad application in cancer metabolism research for identification of new cancer targets.

Dr. Cantley, an Agios founder and distinguished scientific advisor, is director of the Cancer Center at Beth Israel Deaconess Medical Center and professor of systems biology at Harvard Medical School. Dr. Vander Heiden, also an advisor to Agios, is an assistant professor in the Koch Institute for Integrative Cancer Research and the Department of Biology at the Massachusetts Institute of Technology.

“This exciting new research illustrates that metabolic flux analysis, a key component of Agios’s cancer metabolism research platform, can be used to identify unique metabolic features of cancer cells, leading to the discovery of new therapeutic targets in cancer,” said David Schenkein, M.D., chief executive officer of Agios. “These recent publications underscore the promise of cancer metabolism to lead to the development of novel medicines for cancer patients. We look forward to continuing to advance the science in this potentially transformative area of drug development.”

In the research, metabolic flux analysis of cancer cell lines demonstrated that amplification of a metabolic enzyme, phosphoglycerate dehydrogenase (PHGDH), diverts glycolytic intermediates into the serine biosynthesis pathway, which may contribute to tumor formation and development. Researchers then demonstrated that knock-down of PHGDH inhibited the growth of melanoma, breast cancer and esophageal squamous cell carcinoma lines in vitro. Importantly, the Nature Genetics manuscript provides the first clear evidence that inappropriate overexpression of a single normal metabolic enzyme can cause cell transformation.

The paper, titled “Phosphoglycerate dehydrogenase diverts glycolytic flux and contributes to oncogenesis” was made available on Sunday, July 31, in the advanced online publication of Nature Genetics at www.nature.com/ng.

Cancer metabolism is a new and exciting field of biology that provides a novel approach to treating cancer. Cancer cell metabolism is marked by profound changes in nutrient requirements and usage to ensure cell proliferation and survival. Research in the field has demonstrated that cancer cells become addicted to certain fuel sources and metabolic pathways. In cancer, this metabolic reprogramming is coordinated with proliferative signaling and regulated by the same oncogenes and tumor suppressor genes to ensure efficient proliferation. Glycolysis (sugar metabolism), fatty acid metabolism and autophagy (self metabolism) are three pathways shown to play a critical role in cancer metabolism. Identifying and disrupting certain enzymes in these, and perhaps other, metabolic pathways provides a powerful intervention point for discovery and development of cancer therapeutics.

Agios Pharmaceuticals is the first biopharmaceutical company dedicated to the discovery and development of novel therapeutics in the emerging field of cancer metabolism. To support and drive these efforts, Agios has built a robust platform integrating cancer biology, metabolomics, biochemistry and informatics to enable target and biomarker identification. Agios’ capabilities to interrogate differential cellular metabolism of diseased cells relative to normal cells may also be applicable to other therapeutics areas including autoimmune, inflammatory and neurological diseases. The company’s founders represent the core thought leaders in the field of cancer metabolism, responsible for key advances, insights and discoveries in the field. Agios Pharmaceuticals is located in Cambridge, Massachusetts. 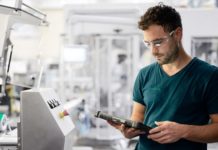