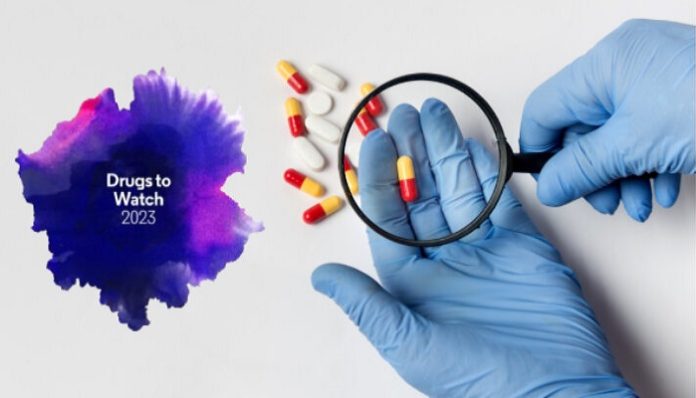 In the 70 pharmaceuticals featured in Clarivate Plc’s Drugs to WatchTM 2023 study, comprising potential blockbuster drugs, the bulk were found to be personalised medicines.

The report provides a predicted analysis of new medication launches or major indication launches in 2023. By 2027, the reported treatments are expected to either become blockbuster pharmaceuticals or have the ability to meet the unmet medical needs of millions of patients globally.

The study identified 15 late-stage experimental therapies with five-year sales projections of over $1 billion, covering a wide spectrum of therapeutic advancements for uncommon illnesses and challenging-to-treat ailments like HIV, Parkinson’s, and cancer.

The industry’s performance in treating the diseases represented by the Sustainable Development Goals of the United Nations was also assessed in the report. With personalised medicines, better efficacy is guaranteed, and less time is needed to find a drug or biologic that will halt or stop the progression of the disease. According to the study, they have been approved by the Food and Drug Administration (FDA) for more than 25% of products over the past seven years.

However, Global Head of Thought Leadership at Clarivate, Michael Ward, noted that despite a decrease in the number of New Molecular Entity (NME) FDA licenses, biologics finally surpassed small molecule medications. They predict that this tendency will remain.

The following seven drugs are ones to watch out for in 2023:

AbbVie’s formulation of foscarbidopa/foslevodopa (ABBV-951), which is intended to treat motor irregularities in advanced Parkinson’s disease, is a unique reformulation of the Parkinson’s disease medication carbidopa/levodopa. A specific patient population with a significant unmet need can be treated with the medicine. Additionally, compared to current and forthcoming rivals, it is more effective than orally taken carbidopa-levodopa, has better dose versatility, and has a more practical pump.

Lecanemab (BAN2401), an anti-A monoclonal antibody (MAb) for the treatment of early-stage Alzheimer’s, was created by Eisai Co., Ltd. and Biogen Inc. Lecanemab, which is sold under the trade name Leqembi, received fast approval from the US Food and Drug Administration (FDA) in January 2023. It is only a matter of time before ex-US launches start, according to the article.

Drugs to WATCHTM in 2023: Other potential blockbusters

The first dual IL-17 A/F inhibitor, mekizumab (BIMZELX®), was created by UCB and is used to treat mild to severe plaque psoriasis (PsO). The outcomes of the Phase III trial outperformed those of the current therapies in terms of skin clearance. It offers a high safety profile and a less regular dosing schedule, which is likely to be appealing to patients and physicians.

AstraZeneca created capivasertib (AZD5363) to treat breast cancer. It is a brand-new, highly effective, and selective ATP-competitive pan-AKT kinase inhibitor that has similar effects on the three isoforms of AKT1, AKT2, and AKT3. Early-phase trials have produced promising results, and patients will benefit clinically regardless of their PIK3CA/AKT1/PTEN mutational condition. Numerous Phase III trials are now in progress.

The FDA is now reviewing lenacapavir (Sunlenca®/GS-6207) developed by Gilead Sciences Inc. It is approved in Europe. Lenacapavir is the first-in-class, long-acting HIV-1 capsid inhibitor licenced to treat MDR-HIV in patients who have had extensive treatment, a patient population with unmet medical needs. Additionally, it is being studied for pre-exposure prophylaxis and HIV treatment (PrEP). Lenacapavir will probably be the medication of preference for patients who struggle with treatment adherence because of its infrequent dose and ease of self-administration, according to the report.

Provention Bio Inc.’s teplizumab (TZIELDTM/PRV-031), the first immunotherapy to be introduced for type 1 diabetes mellitus (T1DM). It is a ground-breaking medication because it may help T1DM patients postpone the need for insulin therapy and maintain beta cell function.

The European Commission (EC) authorised valoctocogene roxaparvovec (ROCTAVIANTM/BMN-270), created by BioMarin Pharmaceutical Inc., in August 2022. For people with severe haemophilia A, the procedure might be the first gene therapy to be introduced in the US. The benefits of the treatment are anticipated to continue for years, decrease the frequency of bleeding incidents, minimise the requirement for substitute factor VIII (FVIII), and eliminate the need for otherwise expensive prophylaxis.

A better understanding of disease biology means one can also anticipate an increase in the number of treatment options for neurological illnesses and a further rise in the proportion of personalised medications receiving clearance, according to Ward.