Bayer HealthCare has announced the initiation of the COMPASS study, the largest clinical study of its oral anticoagulant Xarelto® (rivaroxaban) to date, investigating the prevention of major adverse cardiac events (MACE) including cardiovascular death, myocardial infarction and stroke in patients with coronary artery disease (CAD) or peripheral artery disease (PAD).

The Phase III study COMPASS will assess the potential of rivaroxaban to provide important additional protection to patients when added to aspirin as compared to rivaroxaban and aspirin as single treatments. The study will be conducted in collaboration with the Population Health Research Institute (PHRI) and will enroll approximately 20,000 patients from more than 450 sites across more than 25 countries worldwide.

“Today, aspirin is the gold standard and provides significant protection for patients with coronary or peripheral artery disease. However, a residual risk of cardiac events such as heart attack, stroke or even death remains in these high-risk patients,” said Dr. Salim Yusuf, Executive Director of the PHRI, Canada, and Principal Investigator of the COMPASS study. “This is therefore an important study, designed to provide significant insights on additional, potentially complementary, cardioprotective benefits of rivaroxaban for these patients.”

In CAD and PAD, the inner wall of the arteries progressively thickens due to accumulation of lipids, calcification and cell proliferation. This plaque narrows the arteries and decreases the amount of blood flow to the heart muscle or the legs. This process is called atherosclerosis. If plaque from the wall of an artery ruptures, a blood clot can form at the site of the rupture leading to serious events including myocardial infarction, stroke or even death.

Currently, the most commonly prescribed treatments for the prevention of MACE in CAD and PAD patients are antiplatelet agents such as aspirin – a product with a well documented role in the prevention of cardiovascular events across a broad range of patients.

“Antiplatelet therapies and rivaroxaban have complementary mechanisms of action and when combined have been shown to improve outcomes in patients with acute coronary syndrome. In the same way, COMPASS will evaluate whether the combination has the potential for more complete protection against long-term clot formation in patients with CAD and PAD in comparison to each of the products alone,” said Dr. Kemal Malik, Member of the Bayer HealthCare Executive Committee and Head of Global Development.

About the Burden of Coronary and Peripheral Artery Disease

Coronary artery disease (CAD) is the most common cause of cardiovascular disease and is responsible for approximately 7.3 million deaths worldwide every year. One-third to one-half of all middle-aged men and women in high income countries are at risk of developing CAD during their lifetime, and the number of people with CAD is rising globally. By 2020, the burden of coronary artery disease is projected to reach 82 million disability-adjusted life years (DALYs) or “healthy years of life lost”.

Peripheral artery disease (PAD), while often undiagnosed, affects over 27 million people in Europe and North America and is a powerful risk marker of cardiovascular disease. Globally, screening studies suggest that approximately 20% of adults older than 55 years have evidence of PAD. The disease prevalence is strongly age-related and, like CAD, the numbers of affected patients is rising, because of the aging of the population.

The Phase III study COMPASS (Cardiovascular OutcoMes for People using Anticoagulation StrategieS) will include approximately 20,000 patients from more than 450 sites across more than 25 countries worldwide. Patients with documented atherosclerosis related to CAD or PAD will be enrolled into the study. The primary efficacy endpoint is a composite of cardiovascular death, myocardial infarction and stroke. The primary safety endpoint is major bleeding. In the study, patients will be randomized to receive either rivaroxaban 2.5 mg twice-daily in addition to aspirin 100 mg once-daily, rivaroxaban 5 mg twice-daily alone, or aspirin 100 mg once-daily alone. The study will be conducted by the Population Health Research Institute (PHRI), a leading academic health science research organization based in Hamilton, Ontario, Canada.

PHRI is a world-leading academic health science research institute focused on improving global health outcomes. Based in Hamilton, Ontario, Canada, its research interests are global and include a broad spectrum of health-related issues. Originally a cardiovascular disease research institute, PHRI’s programmes have expanded to include a broad range of medical and societal conditions in varied populations defined by ethnicity and/or geographic region. To date, PHRI has conducted more than 50 global trials and epidemiological studies in more than 1,500 centres in 83 countries, involving over 500,000 patients.

Thrombosis is the formation of a blood clot inside a blood vessel, blocking a vein (venous thrombosis) or artery (arterial thrombosis). Venous Arterial Thromboembolism (VAT) is caused when some or all of a clot detaches and is moved within the blood stream until it obstructs a smaller vessel. This can result in damage to vital organs, because the tissue beyond the blockage no longer receives nutrients and oxygen.

VAT is responsible for a number of serious and life threatening conditions:

Venous Thromboembolism (VTE) occurs when part of a clot formed in a deep vein, for example in the leg (known as deep vein thrombosis, or DVT), is carried to the lung, via the heart, preventing the uptake of oxygen. This is known as a pulmonary embolism (PE), an event which can be rapidly fatal

Arterial Thromboembolism occurs when oxygenated blood flow from the heart to another part of the body (via an artery) is interrupted by a blood clot. If this occurs in a vessel supplying blood to the brain, it can lead to a stroke, an event that can be severely debilitating or fatal. If it occurs in a coronary artery, it can lead to acute coronary syndrome (ACS), a complication of coronary heart disease which includes conditions such as myocardial infarction (heart attack), and unstable angina

VAT is responsible for significant morbidity and mortality, and requires active or preventative treatment to avoid potentially serious or fatal patient outcomes.

Rivaroxaban is the most broadly indicated new oral anticoagulant and is marketed under the brand name Xarelto®. To date, Xarelto is approved for use in the following venous arterial thromboembolic (VAT) indications:

In the U.S. also for the treatment of pulmonary embolism and prevention of recurrent PE and DVT in adults

Since the first approval of Xarelto in 2008, more than two and a half million patients worldwide have now received Xarelto in daily clinical practice.

Anticoagulant medicines are potent therapies used to prevent or treat serious illnesses and potentially life threatening conditions. Before initiating therapy with anticoagulant medicines, physicians should carefully assess the benefit and risk for the individual patient.

Responsible use of Xarelto is a high priority for Bayer, and the company has developed a Prescribers Guide for physicians and a Xarelto Patient Card for patients to support best practices.

Acetylsalicylic acid, the active ingredient in Aspirin®, has been extensively investigated in more than 200 studies involving more than 200,000 patients across varying levels of cardiovascular (CV) risk. Given the existing body of clinical evidence, low-dose aspirin use in appropriate patients is approved by regulatory authorities around the world for CV event prevention, and supported by major evidence-based clinical guidelines, including those of the American Heart Association and American College of Cardiology, European Society of Cardiology, and American College of Chest Physicians.

Based on its proven efficacy, safety and cost-effectiveness, low-dose aspirin continues to be the standard of care for reducing heart attacks and ischemic strokes in patients with established CV disease. Additionally, in more than 50 countries around the world, low-dose aspirin is approved for use in the primary prevention of CV events in appropriate at risk patients. When used as directed by a physician, low-dose aspirin is infrequently associated with clinically significant side effects. Serious bleeding rarely occurs. Gastro-intestinal bleeding (GI) has been shown to occur in less than 1% of those taking aspirin to prevent a recurrent CV event; serious GI or extracranial bleeding events are expected in less than 1/10th of one percent (3 in 10,000 people per year) patients taking low-dose aspirin for primary prevention . Bayer supports the use of aspirin for primary prevention only in those markets where the indications have been approved.

The Bayer Group is a global enterprise with core competencies in the fields of health care, agriculture and high-tech materials. Bayer HealthCare, a subgroup of Bayer AG with annual sales of EUR 17.2 billion (2011), is one of the world’s leading, innovative companies in the healthcare and medical products industry and is based in Leverkusen, Germany. The company combines the global activities of the Animal Health, Consumer Care, Medical Care and Pharmaceuticals divisions. Bayer HealthCare’s aim is to discover, develop, manufacture and market products that will improve human and animal health worldwide. Bayer HealthCare has a global workforce of 55,700 employees (Dec 31, 2011) and is represented in more than 100 countries. 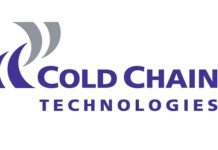 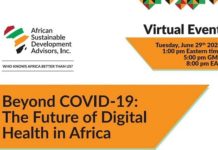 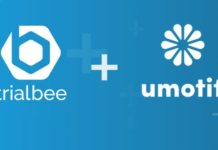 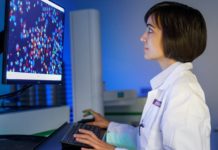 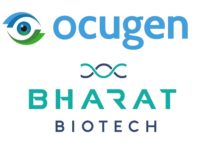