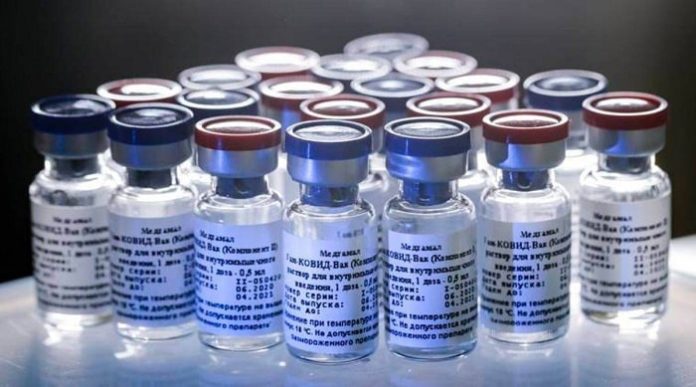 In a first, Russia has started to roll out the homegrown Sputnik V vaccine for its population. This development comes just before the UK’s rollout of Pfizer vaccine, which is slated for this week. Sputnik V has been made available in Moscow starting Saturday. Initially, it shall be administered to doctors, teachers and social workers. Russia is the fourth worst-hit country from this deadly virus and there is no respite from it as the numbers continue to rise. The Russian officials are planning for a nationwide vaccination campaign starting next week. That said, it will be a limited scale roll out as the manufacturers have encountered challenges in ramping up production.

There has been a significant decrease in the estimated number of doses from the previously thought of strategy. Russia is now expecting to produce between 2 million and 10 million doses by this year-end as against the erstwhile 30 million doses which were planned during the vaccine’s launch in August. Russia was the first country to approve COVID-19 vaccine amidst the apprehension raised by many upon the speed with which it was developed. The country even faced criticism for not having large scale clinical trial data to support the vaccine’s efficacy.

Moscow has opened doors to 70 vaccination centres in Hospitals and Clinics from Saturday morning. People have started receiving text messages on their eligibility of getting vaccinated and have therefore enrolled online to get the shot. Looks like Kremlin is leaving no loose ends to make Sputnik V a success as it has not introduced any second lockdown despite the growing number of COVID cases.

It needs to be added that the jab is free of cost for the Russian citizens.  In Moscow alone, from a population of 12 million, around 5000 signed up for the first shot on Friday. The entire procedure for vaccination would take around an hour wherein there would be a pre and post-shot doctor examination as well as an observation window of 30 minutes. Those vaccinated will then receive a text message after three weeks for their next shot.  With all that there is, vaccine scepticism is still pounding. Officials have said that around 70% of the population needs to be vaccinated to halt the spread, but as per a recent poll conducted by Levada centre, only 36% would get injected.

Although there has been a decline in the expected dosage manufacturing numbers, President Putin says that he sees this as an opportunity to start if not mass, a large scale vaccination. Russia has 11 time zones and all are gearing up for a vaccine roll out next week. Authorities in St. Petersburg have started buying freezers that can maintain ultra-low temperatures, which is a primary requirement to store the jab.