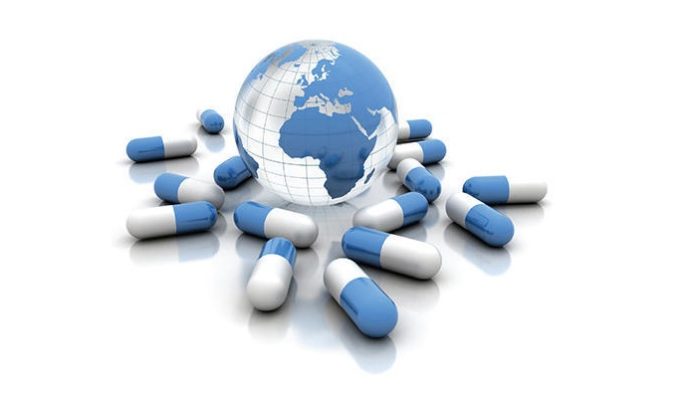 The growth of the domestic pharmaceutical industry and a reduction in reliance on imports might be facilitated by funding AI-based research and development and focusing on the key diseases that impact people in Africa, experts suggested at a recent session.

Earlier this week, several participants discussed strategies for developing the pharmaceutical sector on the continent at a panel discussion on Pharma in Africa at the Financial Times Global Pharma and Biotech Summit. Given that the COVID-19 pandemic made the infrastructure gaps between the western and African markets more obvious than ever, recent experience played a significant role in this topic. Many African nations only started receiving COVID-19 immunizations in December 2021, after many western nations had already started rolling out preliminary vaccines and booster shots, according to a report in The Lancet.

The CEO and creator of Medicines for Africa, Lenias Hwenda, stated in the discussion panel that COVID-19 has demonstrated that the approach of reliance on worldwide supply chains for everything—99% of immunizations and more than 95% of drugs for 1.2 billion people—is truly a formula for disaster.

However, despite the enormous infrastructure issues that the pandemic revealed for the African pharmaceutical business, a number of important players in the sector still believe that there is a possibility for expansion. Les Funtleyder, a portfolio manager with E-squared Capital, recommended that African nations follow the example of other countries like China and India, which have experienced rapid expansion in the pharmaceutical sector. Consistent regulations throughout African nations could be the most obvious government strategy, according to Funtleyder.

Consistent regulations throughout African nations could be the most obvious government strategy, according to Funtleyder. Darlington Akogo, the founder and CEO of the Accra, Ghana-based Minohealth AI laboratories, urged for a stronger emphasis on preliminary research to solve regional problems. Akogo specifically cited the example of a global funding gap for neglected tropical illnesses, which disproportionately afflict African countries in comparison to other western countries. But access to funding for R&D continues to be a major problem.

According to Akogo, using AI might greatly facilitate cost savings. With its emphasis on problems that uniquely affect the African continent, MinoHealth employs artificial intelligence (AI) for computerised diagnostics, predictions, and prognostics. Its AI capabilities are being used to research infectious diseases, including dengue and malaria, in collaboration with the company UK Research and Innovation (UKRI).

Funtleyder added that it’s critical to increase the awareness of African pharmaceutical companies in order to make it simpler for investors to provide funding. They do not often know where to look, so they don’t always get to see the greatest companies.

In April 2021, Sanofi Global Health, a non-profit division of Sanofi, was established. One of its objectives is to employ R&D to close treatment gaps in paediatric cancer, polio, and sleeping sickness. Jon Fairest, the unit’s CEO, stated at the same panel that Sanofi has built an impact fund for investing in local start-up businesses and entrepreneurs to provide them the tools they need to engage with governments and non-governmental organisations.

The pandemic also made clear the necessity of an international partnership in the fight against public health emergencies. But many low- and middle-income countries (LMIC) in Africa are unable to access the treatments they require due to patent limitations and high drug costs, which increases the occurrence of unmet requirements.

In October 2021, the UN said that by June 2022, 70% of each country’s population should have been vaccinated against COVID-19. However, not all nations have achieved these objectives. As of October 30, 80% of the population in the US and UK had received at least a portion of their vaccinations, as per the World Health Organization (WHO). African nations like Angola (40%), Morocco (67%), Ghana (35%), and others have much lower immunisation rates.

Simply having business policies for access to medications or exporting medications to nations in the hopes that this will close the gaps is not enough, said Hwenda. Other structural holes need to be addressed in addition to these procedures. Before creating a much more resilient healthcare system that can supply healthcare, Fairest stated that there are fundamental infrastructure and education challenges that need to be solved.

Hwenda argues for the significance of making more major advances toward expansion in order to attain goals of strengthening the African pharmaceutical industry in each of these areas. Hwenda stated that Pharma needs to keep doing more and moving beyond only the idea of offering affordable medications or alternative treatments to solve some of the blockages that prevent those medicines from reaching patients.

How Has The Biopharmaceutical Sector Changed?

The year 2021 saw the biopharmaceutical sector undergo more innovation and development than usual. It’s essential to find new methods to add value, plan for the future, and stay competitive in the ever-changing business environment as the COVID-19 pandemic threatens to have a negative impact on companies all over the world. The thorough research from GlobalData looks at the business environment and developments that affect the biopharmaceutical sector. They emphasise the most significant developing technologies as well as the macroeconomic, governmental, and industrial aspects that affect development potential.