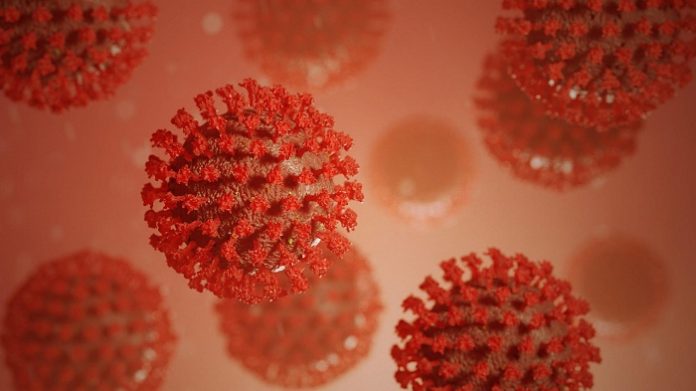 Pfizer Inc. shared results from multiple studies demonstrating that the in vitro efficacy of nirmatrelvir, the active main protease (Mpro) inhibitor of PAXLOVID™ (nirmatrelvir [PF-07321332] tablets and ritonavir tablets), is maintained against the SARS-CoV-2 variant Omicron. Taken together, these in vitro studies suggest that PAXLOVID has the potential to maintain plasma concentrations many-fold times higher than the amount required to prevent Omicron from replicating in cells.

“We specifically designed PAXLOVID to retain its activity across coronaviruses, as well as current variants of concern with predominantly spike protein mutations. Following the clinical findings – showing PAXLOVID reduced risk of hospitalization or death by nearly 90% compared to placebo for high-risk patients when treated within five days of symptom onset – we are encouraged by these initial laboratory findings,” said Mikael Dolsten, M.D., Ph.D., Chief Scientific Officer and President, Worldwide Research, Development and Medical of Pfizer. “These data suggest that our oral COVID-19 therapy can be an important and effective tool in our continued battle against this devastating virus and current variants of concern, including the highly transmissible Omicron. We will continue to monitor the treatment’s activity in real-world settings and believe that these in vitro findings will continue to be validated.”

In the first of these in vitro studies conducted by Pfizer, nirmatrelvir was tested against the Mpro – an enzyme that the coronavirus needs to replicate – from several SARS-CoV-2 variants of concern (VoCs), including Omicron, in a biochemical assay. The results showed in all cases that nirmatrelvir was a potent inhibitor of its target. Nirmatrelvir’s Ki – a measure of its ability to bind to an enzyme – was approximately 1 nanomolar (nM) (or Ki fold change <1) for both the Omicron and the original Washington variant (USA-WA1/2020) in this assay, indicating its continued ability to prevent in vitro viral replication. These results, together with a crystal structure demonstrating how nirmatrelvir binds to the Omicron variant, have been submitted to the online preprint server bioRxiv.

In a second in vitro study conducted by Pfizer, nirmatrelvir was tested against several SARS-CoV-2 VoCs, including Omicron, in an antiviral, cell-based assay. Reduction in viral load was measured through polymerase chain reaction (PCR) analysis, a test designed to detect the virus. Nirmatrelvir’s EC50 – a measure of drug potency showing a concentration that is effective in producing 50% of the maximal response – was 16 nM for the Omicron variant, compared to 38 nM for the USA-WA1/2020 variant, reaffirming its robust in vitro antiviral activity. These results are in line with the values that have been observed for other VoCs (Alpha, Beta, Gamma, Delta, Lambda, and Mu) in this assay, with EC50 measures ranging from 16 to 127 nM compared to USA-WA1/2020, where EC50 was 37 nM. Results from this study have been submitted to the online preprint server bioRxiv and will be submitted to a peer-reviewed journal.

An additional study, conducted by the Icahn School of Medicine at Mount Sinai (Icahn Mount Sinai) in collaboration with Pfizer, used a SARS-CoV-2-specific immunofluorescence-based assay to similarly detect the virus and measure the in vitro potency of nirmatrelvir, as well as some other authorized/approved COVID-19 therapeutics, against VoCs. In this assay, treatments were tested against the Alpha, Beta, Delta, and Omicron variants in two cell lines. IC50 values – a measure of drug efficacy indicating the concentration needed to inhibit infection by half – ranging from 22 to 225 nM for nirmatrelvir compared to USA-WA1/2020, where the IC50 was 38 to 207 nM, were observed. Results from this study have been submitted to the online preprint server bioRxiv and will be submitted to a peer-reviewed journal. These findings are consistent with data made available to the public on December 28, 2021 by the Rega Institute at KU Leuven in Belgium via the online preprint server, bioRxiv

, and provide confirmation to Pfizer’s findings that nirmatrelvir is the only orally administrable, authorized/approved compound which, to date, has been shown to have low nanomolar in vitro activity against Omicron.

“Omicron is proving itself to be a formidable and highly transmissible variant of an already detrimental virus,” said Kris White, Ph.D., Assistant Professor in the Department of Microbiology at Icahn Mount Sinai). “We are heartened to see early data showing that this oral treatment is maintaining robust in vitro antiviral activity against it, as well as other variants of concern.”

Current VoCs can be resistant to treatments that work by binding to the spike protein found on the surface of the SARS-CoV-2 virus. PAXLOVID, however, works intracellularly by binding to the highly conserved Mpro of the SARS-CoV-2 virus. Previous data have also indicated that PAXLOVID maintains in vitro efficacy against earlier and current VoCs, including Alpha, Beta, Gamma, Delta, Lambda, and Mu.

PAXLOVID is currently authorized for conditional or emergency use in several countries across the globe. Pfizer has submitted applications for regulatory approval or authorization to multiple regulatory agencies and anticipates further regulatory decisions to follow.