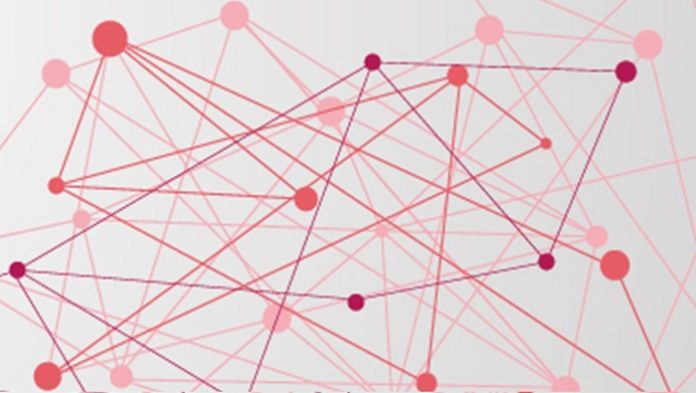 Vaccines protect hundreds of millions of people every year from a host of diseases that have the potential to take millions of lives. When administered to enough of the population they can even eradicate the disease altogether. For example, smallpox has been officially eradicated for more than 40 years. Others, such as polio, have been reduced by as much as 99.9% but a small number of cases remain, often in isolated communities with limited access to healthcare. Some diseases, like measles, have been radically reduced but are resurgent after a reduction in the vaccination rates. Most topically, new diseases such as COVID-19 shine a spotlight on the need for rapid vaccine development and distribution to bring global pandemics under control. COVID-19 also highlights that, for highly transmissible diseases that carry the potential to mutate and render existing vaccinations less effective, nobody is safe until everybody is safe. In such a dynamic scenario the speed of development, the efficacy of any given vaccine and the manufacturability are critical factors.

How Does Vaccine History Affect the Present, and the Future?

Conventional vaccines such as those traditionally used for influenza, tetanus or pertussis (whooping cough) use live virus or pathogens that are weakened, inactivated or broken down to generate antigens that stimulate an immune response that provides lasting protection against the disease. For these vaccine platforms, events, such as the infamous Cutter incident in the early days of immunization against polio, highlight the strict controls needed to guard against the risk of the vaccine itself causing the disease or other severe side effects.  These strict controls mean that vaccine development takes time.

Other vaccines such as the newer vaccines against Influenza leverage modern biotechnology and use genetically engineered cells to generate elements of the wild-type virus. These are typically protein subunits found on the surface of the natural virus or bacteria that, when purified, stimulate an immune response without any risk of infection. But, biological processes are complex and require strict controls to guarantee quality and efficacy of the target antigen. This means that vaccine development takes time.

Our arsenal of processes that can generate antigens to educate the immune system to fight against potentially dangerous pathogens has developed rapidly. However, there are still some hurdles in vaccine development against infectious, endemic diseases, where longer lasting protection, achieved by stimulating a better adaptive immune response is clearly more desirable than a short-lived protection and regular revaccination.

While the long-term attrition of vaccines between preclinical assessment and launch is in the order of 75%, a higher proportion of the newer vaccines are effective, but the development times are long, still averaging as much as 10 years. In addition, conventional vaccines are rather unsuitable for the treatment of non-infectious diseases such as cancer. But cutting-edge vaccines that look to directly reprogram cells to offer protection against, or to fight, disease offer much greater promise.

Many of the early approvals for frontline vaccines against COVID-19 are early pioneers demonstrating the effectiveness and safety of both DNA and messenger RNA (mRNA) therapies, using viral vector or lipid nanoparticle (LNP) vectors to deliver the genetic payload.  These vaccines program targeted cells to manufacture surface proteins from the primary strain of SARS-CoV-2 virus. These expressed proteins then generate an immune response that has proven to be highly effective and to prevent severe disease. While COVID-19 and the development of these vaccines, especially mRNA vaccines, has shown incredible speed and effectiveness that surpassed all expectations, the knowledge and the skills that enabled such took far longer to develop.

How Did We Get Here?

In 1990, the use of in vitro transcription to produce mRNA enabled the expression of a reporter gene in mice and a detectable protein expression. A subsequent study from 1992 showed that a vasopressin-coding mRNA, injected into the hypothalamus of rats, can induce a physiological response. Together these demonstrated the theoretical potential but, despite these findings, research into the therapeutic potential of mRNA took another 20 years to take off, restricted in part by hurdles such as the instability of mRNA, its high intrinsic immunogenicity and lack of in vivo delivery mechanisms.

Despite these barriers, over the past 10 years, technological innovations and major investments have made mRNA a promising candidate in vaccine development for both traditional infectious diseases and for non-infectious disease such as cancer. Beyond vaccines, there is also potential to use mRNA for protein replacement therapy and RNAi (interference RNA) to suppress undesirable gene expression. This makes RNA therapy a discrete, but complementary and versatile partner to gene therapy.

So Are We There Yet?

For vaccines, the use of mRNA is relatively safe because it is not integrated into the genome. There is no risk of insertion mutagenesis, and it is not infectious. In addition, mRNA is degraded by normal cellular processes and the half-life can be regulated through various modifications and the type of delivery. The stability and the translation rate can also be influenced by modifications; the efficiency of in vivo delivery will be increased by formulating the mRNA with carrier molecules such as LNP or by embedding it in vesicles such as exosomes.

As proven by the race against COVID-19 and the vaccines that were developed from the first virus gene sequence to clinical studies in just a few months and to market in just one year, the development of mRNA vaccines is fast. The speed of manufacture is also quick with comparatively low manufacturing costs compared to other biological drugs and scalable manufacturing technology is already accessible. There is also great potential for further development with self-amplifying RNA (saRNA) potentially reducing the active dose further and enabling a globally relevant number of doses from a small number of batches.

COVID-19 vaccines have delivered an early glimpse of the power of mRNA therapies. But their future, and that for adjacent therapies is strong, and together with advances in the industrialization of gene therapies potentially puts us on the cusp of an even bigger genetic therapy revolution than we may have visualized just a few years ago.

Pall Corporation is a filtration, separation and purification leader providing solutions to meet the critical fluid management needs of customers across the broad spectrum of life sciences and industry. Pall works with customers to advance health, safety and environmentally responsible technologies. The Company’s engineered products enable process and product innovation and minimize emissions and waste.