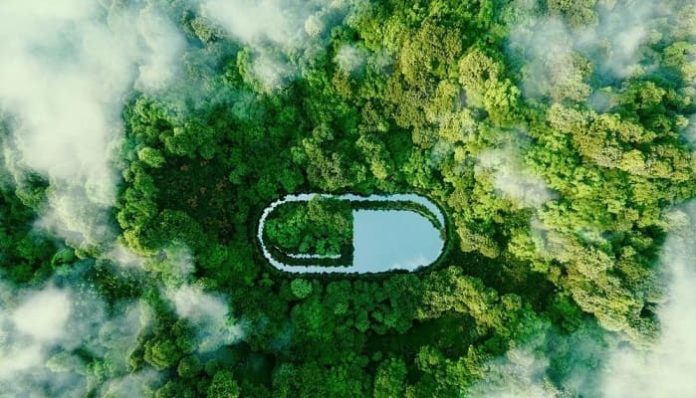 Late in September, the trade group Medicines for Europe wrote an open letter to the European Commission (EC) requesting that the pharmaceutical sector be exempt from the EU’s efforts to reduce gas usage. The group stated that such regulations would be challenging to execute given the rising costs of pharmaceutical manufacturing and that they might restrict access to medicines for European residents under the strain of inflation.

Almost every industry has experienced a global impact from inflation over the past year, which has been exacerbated by rising oil and gas prices, the price of raw materials, and other costs. Financial difficulties for many enterprises have increased tremendously as a result of the COVID-19 outbreak and the Russian invasion of Ukraine, with pharmaceutical manufacturing being particularly severely hit.

Elisabeth Stampa, president of Medicines for Europe, the non-profit organisation that wrote the new letter, argues that the issue is that energy costs are also steadily rising in addition to the cost of supplies. Contract development and manufacturing organisations (CDMOs) must assess how to take sustainability into account despite probable budgetary constraints due to the challenging financial environment and increased calls for accountability for production’s impact on the environment.

According to Jeffrey Whitford, head of sustainability, social business innovation, and life science branding at MilliporeSigma, it is not a wise strategy to make a business case for sustainability if one is proposing something with a 30-year return. Thus, mounting financial challenges will further highlight the importance of putting sustainable policies in place. The wider picture, according to Whitford, is a combination of how one addresses a really tough and concurrently challenging issue of fixing healthcare concerns and producing therapies for people, as well as how one would solve a very crucial and urgent situation, i.e., climate change.

The HICP inflation rate in the EU’s member states jumped to 9.1% in August, the highest level since 1999, according to data issued by the European Central Bank. The HICP measures the shift in household spending on goods and services across time. This rise coincides with an increase in the demands placed on businesses to meet their ecological, societal, and governance goals. ESG offers businesses a framework to make sure they are operating sustainably and raise corporate accountability.

Medicines for Europe’s first letter to the EC on the subject, which addressed the effects of inflation on production processes and the steps necessary to offset these implications, was sent to the EC in June. Pharmaceutical Technology received the following email from Gareth Lewis, general director of Pharma Pac, a CDMO for the production of pharmaceuticals: The supply of materials, notably packaging, continues to demand an enhanced level of supervision and day-to-day monitoring. In a market where demand is outpacing supply across a number of industries, notably polyvinyl chloride, foil, boxes, and labels, delivery times and costs are still unpredictable.

The cost of raw materials, excipients, and other factors is having a particularly negative impact on the production of generic drugs. When compared to the cost of an innovative product, the cost of generics is relatively low. According to Stampa, since prices are fixed throughout Europe, there is no way to pass on the higher cost and higher resource effect to consumers. Furthermore, Stampa claims that a number of CDMOs are in a tough position as a result of international authorities’ sluggish adaptation of drug reimbursement pricing to match the rising cost of contract manufacturing. Different EU nations have reacted differently to these rising prices. A producer may decide to halt the production of a product if it becomes unprofitable. According to Stampa, this can cause medicine shortages or product discontinuations in Europe.

The Sustainable Development Goals of the United Nations have been adopted by a large number of CDMOs since their announcement in 2015. However, developing sustainable behaviours frequently necessitates a sizable short-term investment before reaping long-term benefits on both an economic and environmental level.

As an illustration, MilliporeSigma collaborated with the utility provider, We Energies, on a renewable energy initiative in an effort to lower its manufacturing costs. The 2.25MW deployment of 7,000 solar panels at the company’s Wisconsin, US, facility was revealed in July. As part of its ongoing commitment to sustainability, Pharma Pac also intends to examine the viability and advantages of adding solar panels to the rooftops of its buildings. Contract manufacturing has seen a surge in the use of renewable energy; according to Whitford, when one transitions to renewables, they see practically an instant impact, which is excellent.

A similar strategy has been used by Actylis, a firm that specialises in worldwide sourcing and production, to meet its environmental goals and balance its financial outlays by investing in renewable energy. According to Anke Luxenberger, vice-president of legal and regulatory affairs for Actylis in Europe, the opportunities for advances in sustainable development in manufacturing facilities are substantially higher than in other areas. At its locations in India, the company has started renewable energy projects by installing solar panels. Gearoid O’Rourke, vice president of worldwide marketing at Actylis, also made note of the company’s greater emphasis on domestic manufacturing over international transportation, which helps to lower gas prices while also having a smaller environmental impact.

The US-based CDMO AustinPx Pharmaceutics and Manufacturing has chosen to create its products with sustainability in mind. Kinetisol, the company’s amorphous dispersion technology, was created to be self-sufficient, requiring neither extra heating nor solvents. Additionally, AustinPx’s chief business officer, Elizabeth Hickman, adds that the organization’s small size enables it to spend less on excipients and polymers. Hickman explains that because his company is small, they are not buying huge amounts. With his statement that investment returns are greater for smaller businesses than for larger companies, Whitford reaffirmed the advantages of sustainable practises for smaller CDMOs.

Businesses are more cautious about their expenditure than ever due to rising expenses, and sustainability initiatives are being given significant consideration. Lewis claims that Pharma Pac’s strategy has been influenced by its emphasis on tracking energy prices and establishing fixed-term contracts to reduce expense rises. The rise in energy prices has unquestionably motivated the company to step up efforts to further improve their sustainable strategy and operations, he says.