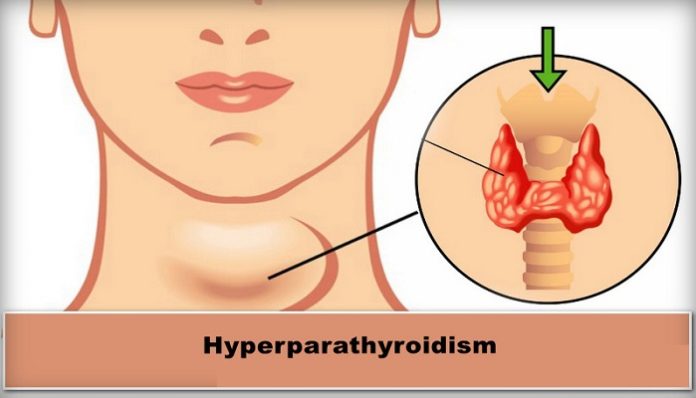 Hyperparathyroidism is an extremely prevalent endocrine disorder. Recent studies reveal that about 80% of people in Western countries suffer from parathyroids. Additionally, about 1,00,000 people in the United States show symptoms yearly.

A person suffering from the disease tends to have an enlarged thyroid gland—such a state results in excessive production of parathyroid hormone. Parathyroid hormone is responsible for maintaining the calcium levels in a person’s body to regulate nerve and muscle function and bone health.

The disorder is prevalent among women three times more than that of men. Although the condition can develop in anyone, people over 50 are more prone to the disorder. The symptoms in the early stages often go unnoticed. However, hyperparathyroid treatments like observing one’s health, medications, or surgery at the right time can help treat the disorder.

Read more to know about the symptoms, causes, and treatments of hyperparathyroidism.

In case of severe hyperparathyroidism, a person might experience the following symptoms.

For a body to continue functioning properly, nutrients like calcium, phosphorus, and vitamin D play a substantial role. In case of an imbalance of any of the nutrients, the body might fail to function properly.

Primary hyperparathyroidism can develop due to improper functioning of the following hormones or glands.

Secondary hyperparathyroidism can develop due to improper functioning of the following hormones or glands.

Although there is no permanent treatment for hyperparathyroidism, there are many ways one can monitor the disorder from transforming into a major issue. Hyperparathyroid treatments, including antithyroid drugs, radioactive iodine or surgery, and lifestyle modification, can significantly help control the disorder.