The largest randomised study of the vitamin niacin in patients with occlusive arterial disease (narrowing of the arteries) has shown a significant increase in adverse side-effects when it is combined with statin treatment.

Results from the HPS2-THRIVE study (Heart Protection Study 2 – Treatment of HDL to Reduce the Incidence of Vascular Events), including the reasons patients stopped the study treatment, are published online in the European Heart Journal.

Niacin has been used for decades to help increase levels of “good” HDL cholesterol and to decrease levels of “bad” LDL cholesterol and triglycerides (fats) in the blood in people at risk of cardiovascular problems such as heart disease and stroke. However, it has a number of side-effects including flushing of the skin. Another drug, laropiprant, can reduce the incidence of flushing by blocking the prostaglandin D2 receptor that is involved in the process. Therefore, the HPS2-THRIVE study investigated whether combining extended-release niacin with laropiprant (ERN/LRPT), given in addition to an LDL cholesterol-lowering statin, simvastatin, could reduce the risk of cardiovascular problems in people at high risk due to existing occlusive arterial disease.

A total of 25,673 patients from China, the UK and Scandinavia were randomised between April 2007 and July 2010 to receive either 2g of extended release niacin plus 40 mg of laropiprant or matching placebo. In addition, all participants received intensive LDL cholesterol-lowering therapy with simvastatin (with or without ezetimibe). Researchers from the Clinical Trial Service Unit & Epidemiological Studies Unit (CTSU) at the University of Oxford (UK), who were responsible for designing and conducting the trial and analysing the results, followed the patients for an average of 3.9 years.

Jane Armitage, Professor of Clinical Trials and Epidemiology & Honorary Consultant in Public Health Medicine at the CTSU, said: “The main reason for patients stopping the treatment was because of adverse side-effects, such as itching, rashes, flushing, indigestion, diarrhoea, diabetes and muscle problems. We found that patients allocated to the experimental treatment were four times more likely to stop for skin-related reasons, and twice as likely to stop because of gastrointestinal problems or diabetes-related problems.

Dr Richard Haynes, Clinical Coordinator at the CTSU, said: “This is the largest randomised trial of extended release niacin treatment and it provides uniquely reliable results on adverse side-effects and the ability of patients to tolerate them. Although 25 percent of patients stopped the treatment early, 75 percent continued on it for approximately four years. Currently, we are analysing the final data on the cardiovascular outcomes from the trial, and once we have these we will know whether or not the benefits of the treatment outweigh the myopathy, skin and gastrointestinal problems.”

The researchers will be presenting full results on the cardiovascular outcomes at the annual meeting of the American College of Cardiology in March and these will be published in another paper afterwards .

The co-principal investigator of the study, Dr Martin Landray, Reader in Epidemiology and Honorary Consultant Physician at the CTSU, said: “Previous research had suggested that improving cholesterol levels in high-risk patients might translate into a 10-15 percent reduction in major vascular events such as heart attacks and strokes. In the HPS2-THRIVE study, 3,400 of the 25,673 participants suffered a major vascular event over an average of four years of follow-up. This means the study has excellent statistical power to discover the effectiveness or otherwise of the treatment.”

In an accompanying editorial , Professor Ulf Landmesser, of the University Hospital Zurich (Switzerland), points out that although the study showed an increase in myopathy, it also showed that the ERN/LRPT substantially lowered LDL cholesterol and triglycerides by nearly 20%. He writes that these observations “raise important questions as to why niacin/laropiprant did not reduce major cardiovascular events”, and he wonders whether laropiprant “is really biologically inert with respect to atherosclerosis and thrombosis”. 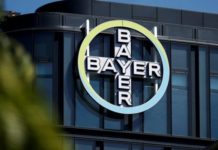 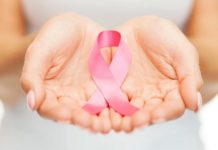