Roche announced that the U.S. Food and Drug Administration (FDA) has approved Kadcyla (trastuzumab emtansine or T-DM1) for the treatment of people with HER2-positive metastatic breast cancer (mBC) who have received prior treatment with Herceptin (trastuzumab) and a taxane chemotherapy.

Kadcyla is the fourth medicine from Roche to receive FDA approval for people with advanced cancers within the past two years.

An antibody-drug conjugate (ADC) is a new kind of targeted cancer medicine that can attach to certain types of cancer cells and deliver chemotherapy directly to them. Kadcyla is the first FDA-approved ADC for treating HER2-positive mBC, an aggressive form of the disease.

“Kadcyla is an antibody-drug conjugate representing a completely new way to treat HER2-positive metastatic breast cancer, and it helped people in the EMILIA study live nearly six months longer,” said Hal Barron, M.D., Roche’s Chief Medical Officer and Head, Global Product Development. “We currently have more than 25 antibody-drug conjugates in our pipeline and hope this promising approach will help us deliver more medicines to fight other cancers in the future.”

Kadcyla is made up of the antibody, trastuzumab, and the chemotherapy, DM1, joined together using a stable linker. Kadcyla combines the mechanisms of action of both trastuzumab and DM1, and it is the first Roche ADC approved by the FDA. Roche has studied ADC science for more than a decade and has eight ADCs in Phase I or Phase II studies for different types of cancer.

Roche has also submitted a Marketing Authorisation Application to other Regulatory Authorities around the world, including the European Medicines Agency (EMA), for Kadcyla for the treatment of people with HER2-positive mBC. This application is currently under review by the EMA.

The FDA approval of Kadcyla is based on results from EMILIA (TDM4370g/BO21977), an international, Phase III, randomised, open-label study comparing Kadcyla alone to lapatinib in combination with Xeloda (capecitabine) in 991 people with HER2-positive locally advanced breast cancer or mBC who had previously been treated with Herceptin and a taxane chemotherapy. Results include:

The study met both co-primary efficacy endpoints of overall survival and progression-free survival (PFS; as assessed by an independent review committee).

People receiving Kadcyla experienced a 32 percent reduction in the risk of dying compared to people who received lapatinib and Xeloda (HR=0.68; p=0.0006).

People who received Kadcyla lived significantly longer without their disease getting worse (PFS) compared to those who received lapatinib plus Xeloda (HR=0.65, 35 percent reduction in the risk of disease worsening or death, p<0.0001; median PFS 9.6 months vs. 6.4 months).

No new safety signals were observed and adverse events (AEs) were consistent with those seen in previous studies, with fewer people who received Kadcyla experiencing Grade 3 or higher (severe) AEs than those who received lapatinib plus Xeloda (43.1 percent vs. 59.2 percent).

For people receiving Kadcyla, the most common (occurring in more than 2 percent of participants) Grade 3 or higher AEs were low platelet count (14.5 percent), increased levels of enzymes released by the liver and other organs (8.0 percent), low red blood cell count (4.1 percent), low levels of potassium in the blood (2.7percent), nerve problems (2.2percent) and tiredness (2.5percent).

Kadcyla is an ADC being studied in HER2-positive cancers. It is the first ADC to result from Roche and Genentech’s 30 years of HER2 pathway research and the third medicine Roche has developed for the treatment of HER2-positive breast cancer.

Like Herceptin, Kadcyla binds to HER2-positive cells and is thought to block out-of-control signals that make the cancer grow while also calling on the body’s immune system to attack the cancer cells. Once Kadcyla is taken up by those cells, it is designed to destroy them by releasing the DM1 inside the cells.

Roche licenses technology for Kadcyla under an agreement with ImmunoGen, Inc.

Breast cancer is the most common cancer among women worldwide.2 Each year about 1.4 million new cases of breast cancer are diagnosed worldwide, and over 450,000 women will die of the disease annually.(2) In HER2-positive breast cancer, increased quantities of the human epidermal growth factor receptor 2 (HER2) are present on the surface of the tumour cells. This is known as “HER2 positivity” and affects approximately 15-20 percent of women with breast cancer  HER2-positive cancer is a particularly aggressive form of breast cancer.

Headquartered in Basel, Switzerland, Roche is a leader in research-focused healthcare with combined strengths in pharmaceuticals and diagnostics. Roche is the world’s largest biotech company with truly differentiated medicines in oncology, virology, inflammation, metabolism and CNS. Roche is also the world leader in in-vitro diagnostics, tissue-based cancer diagnostics and a pioneer in diabetes management. Roche’s personalised healthcare strategy aims at providing medicines and diagnostic tools that enable tangible improvements in the health, quality of life and survival of patients. In 2011, Roche had over 80,000 employees worldwide and invested over 8 billion Swiss francs in R&D. The Group posted sales of 42.2 billion Swiss francs. Genentech, United States, is a wholly owned member of the Roche Group. Roche has a majority stake in Chugai Pharmaceutical, Japan. 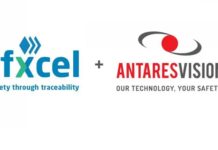