Gilead Sciences, Inc. announced that Norbert Bischofberger, PhD, has decided to step down from his role as Executive Vice President, Research and Development and Chief Scientific Officer, effective at the end of April 2018.

He will remain with the company through July. John McHutchison, MD, currently Executive Vice President, Clinical Research, will be appointed Chief Scientific Officer and assume responsibility for the company’s research and development organization.

Dr. Bischofberger joined Gilead in 1990 and has served as Executive Vice President since 2000 and Chief Scientific Officer since 2007. In nearly 30 years with the company, Dr. Bischofberger has overseen the development of more than 25 compounds that are available today for a range of serious medical conditions.

“There are few people across the entire biopharmaceutical industry who have had the kind of impact Norbert has had on transforming the treatment of serious diseases, or who have demonstrated his depth of understanding of and caring for the needs of people living with those diseases,” said Dr. Milligan. “I have worked alongside Norbert for nearly three decades, and I know I speak for the entire Gilead organization in expressing my profound thanks to him for what he has done to build this company and to change the lives of so many individuals around the world. We wish him all the best in the next phase of his professional career.”

Dr. McHutchison joined Gilead in 2010 as Senior Vice President, Liver Disease Therapeutics and was named Executive Vice President, Clinical Research in 2014. Under his leadership, Gilead has developed five medications for the treatment of chronic hepatitis B and hepatitis C that have been used by nearly 2 million people around the world.

“John is an extraordinary physician and a visionary leader,” commented Dr. Milligan. “The work he has led in the field of viral hepatitis is clear evidence of his capabilities, and we are excited to have him bring the same energy and focus to his new role. I am confident that John’s leadership and his deep clinical and scientific expertise will allow Gilead to advance the promising compounds in our pipeline and drive the kind of innovative research and development programs that have been a hallmark of our history and will help us build for the future.”

Prior to joining Gilead, Dr. McHutchison worked at Duke University Medical Center, where he served as Associate Director of the Duke Clinical Research Institute. He also held the positions of Professor of Medicine in the Division of Gastroenterology at Duke University Medical Center and Co-Director of the Duke Clinical and Translational Science
Award. Prior to his positions at Duke, Dr. McHutchison spent nearly 10 years at Scripps Clinic, most recently as Medical Director, Liver Transplantation.

He also previously held an Assistant Professorship in Medicine at the University of Southern California. Dr. McHutchison received bachelor of medicine and bachelor of surgery degrees from the University of Melbourne, Australia, and completed his residency in internal medicine and a fellowship in gastroenterology at the Royal Melbourne Hospital. He is also a member of the Royal Australasian College of Physicians.

Dr. Cheng joined Gilead in 1999 to lead company’s development-stage programs in HIV/AIDS. He received additional responsibility for the company’s Development Operations organization in 2009 and was named Executive Vice President in 2015. Under Dr. Cheng’s leadership, Gilead has developed and received regulatory approval for medicines that have transformed care for millions of people around the world with HIV, viral hepatitis and other serious illnesses.

In his new role as Chief Medical Officer, Dr. Cheng will retain leadership of the company’s HIV clinical research program and will assume responsibility for Gilead’s Medical Affairs organization.

“Andrew has demonstrated tremendous vision and leadership over nearly two decades at Gilead, building a world-class organization that is able to advance experimental products through clinical development and regulatory approval with industry-leading speed,” noted Dr. Milligan. “Gilead will benefit from Andrew’s clinical and scientific expertise in his new role, as he assumes oversight of post-approval studies that are vital to better understanding the company’s more than 20 approved products and their potential to help a greater number of patients with life-threatening illnesses.”

Prior to joining Gilead, Dr. Cheng trained in internal medicine at the University of California, Los Angeles. He received his medical degree and PhD in Cellular and Molecular Biology from Columbia University and his undergraduate degree from the Johns Hopkins University. 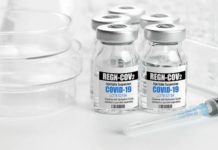 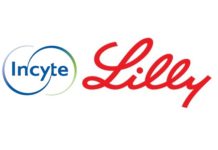 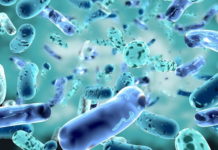 How Pre and Probiotics Will Protect You from Infections Like Covid19

Are You Maximizing the Recovery of Your mAb?