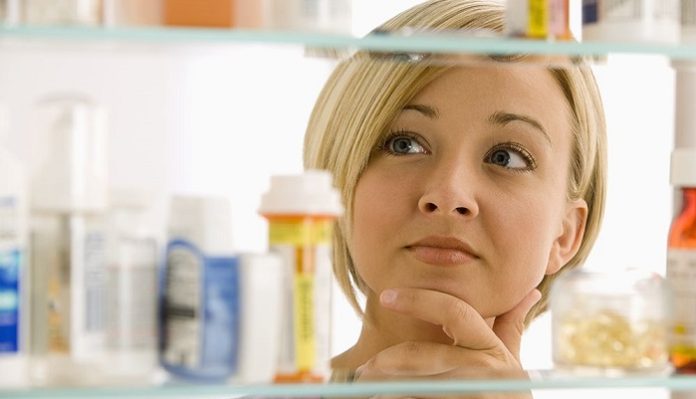 If you’re thinking about having a baby, your body is a vital vessel that you should take care of. Women who are planning a baby may already be aware that, among other factors, sexually transmitted illnesses, fibroids, excessive weight, and thyroid disorders can all have an influence on conception. However, it is less known that certain over-the-counter and prescription drugs might interfere with fertility. If you suspect you’re pregnant, it’s tempting to take a pregnancy test right away. But when is it safe to take a pregnancy test? Using a pregnancy test calculator, you may learn what early pregnancy tests look for and when you can take one.

We know little about the long-term impact of medications on fertility or ovarian reserve in women (egg supply). Chlorpromazine, prochlorperazine, haloperidol, risperidone, metoclopramide, methyldopa, cimetidine, some older antidepressants like amitriptyline, SSRI antidepressants like sertraline or fluoxetine, and many more can all alter ovulation and lower fertility. Immunosuppressive medications, such as cyclophosphamide, can diminish ovarian reserve. Newer immunosuppressants like tacrolimus and sirolimus, as well as antirheumatic medicines like hydroxychloroquine or methotrexate, may influence the ovaries but have not been thoroughly investigated in the long term.

Some drugs are required to address specific disorders, leaving women to deal with both the potential inability to conceive and the painful sentiments that might accompany it, such as despair, solitude, frustration, and rage. “Women with infertility issues have equivalent levels of anxiety and depression to those with cancer, HIV, or heart disease,” notes Alice Domar, Ph.D., executive director of the Domar Centers for Mind/Body Health and director of integrative care at Boston IVF and coauthor of the book Finding Calm for the Expectant Mom.

How do medications influence fertility? According to Jason Griffith, M.D., an ob-gyn and specialist in reproductive endocrinology at the Houston Fertility Institute, there are three major ways drugs can interfere with fertility, and two of them are exclusive to women. According to him, medications can affect ovulation and endometrial or uterine receptivity to pregnancy. (The third method drugs can affect sperm production is through the changes they can produce.) “A medication may affect a woman’s ability to ovulate (release an egg) or a man’s sperm count by affecting the pituitary gland’s production of follicle stimulating hormone (FSH) or luteinizing hormone (LH),” says Valerie Baker, M.D., chief of the division of reproductive endocrinology and infertility at Stanford University School of Medicine.

Clear answers about fertility and medications aren’t always obvious. “There are dozens of drugs available, and the effect on fertility for many, if not most, of them has not been adequately explored,” says Dr. Baker. “There are also several unproven over-the-counter medicines that claim to boost fertility, but there is a lack of compelling scientific proof,” Dr. Griffith says. Fortunately, most OTCs do not interfere with fertility, but it’s always a good idea to see your doctor beforehand, and avoid the following categories: NSAIDs According to Dr. Copperman, some data show that NSAIDs such as Motrin or Advil may have a minimal influence. “These can disrupt ovulation, particularly the capacity of the egg to be released by the ovary,” Dr. Griffith.

When a medicine is withdrawn, the body takes some time to recover, however the exact length varies for each substance. “Most drugs pass through the body in a matter of days, but some might interfere with regular egg production for months,” explains Dr. Copperman. Women using methotrexate, for example, should wait three months before trying to conceive. It may sometimes take a month or two for your body to return to its ideal fertility after discontinuing certain kinds of birth control. “This is most likely because the uterine lining is recovering after a long time of suppression,” adds Richard Paulson, M.D., president-elect of the American Society for Reproductive Medicine and an ob-gyn professor at the Keck School of Medicine of University of Southern California. Depo-provera (a contraceptive injection), for example, can take a particularly long time to clear the system, lingering in the body for up to 10 months after the last shot.

Alternative remedies Prescriptions are frequently unavoidable in some circumstances, such as asthma. However, for some cases, alternate techniques that are equally beneficial during the conception stage may exist. “I strongly advise women who are on an SSRI to weigh the benefits and drawbacks of continuing to take it and to consider alternative choices, such as cognitive behavior therapy, which may be just as helpful in most circumstances but has no side effects,” Dr. Domar adds. Another example of alternative therapy is acupuncture, a supplemental medicine used to relieve pain. When attempting to conceive or while pregnant, most doctors would prefer that women take as little drugs as possible. “It’s a good idea to sit down with your doctor before getting pregnant to examine the safety of each one and to try to either switch to safer ones or try non-pharmaceutical ways,” Dr. Domar advises. If a regimen is required (for example, chemotherapy for cancer), explore the idea of freezing eggs before commencing the treatment.