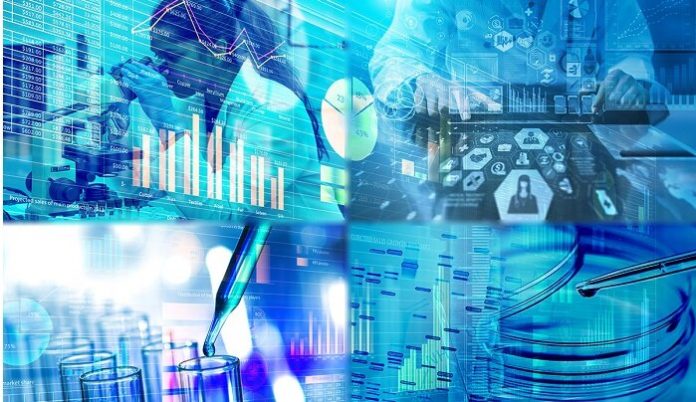 Part I of the CPHI Annual Report looks ahead at the potential for biologics outsourcing and contract manufacturing organisations (CMOs) in 2023 in advance of CPHI Frankfurt, the largest pharma event in the world, which will be held at the Frankfurt Messe from November 1-3, 2022.

Biologics outsourcing, which has already benefited from a COVID-based boom in the past two years, is likely to continue expanding strongly in 2023, with no production cliff anticipated as COVID contracts shrink in size. According to the report’s authors, nearly 36% of biopharma businesses will increase their expenditures on offshore R&D or biomanufacturing during the next 12 months. Additionally, individual facility average outsourcing budgets are generally stable, increasing by a weighted sum of 12.8% in 2022.

As the industry gears up for a nearly record-breaking event at CPHI Frankfurt and BioProduction, with pre-pandemic levels of pharma executives anticipated to attend, this new data presents an incredibly bullish future for biologics manufacturing and CMOs. The paper expects a continued cooling of China’s bio innovation engine and identifies access to skilled R&D and CMC personnel as the primary potential roadblocks to market expansion, especially for inventors in cell and gene therapy.

Bioproduction has seen some huge breakthroughs in the last several years with COVID-19, and there is a greater need for outsourcing globally, said Brand Director at CPHI Frankfurt, Orhan Caglayan.  This is encouraging for CPHI exhibitors, which explains the buzz surrounding partnerships. Since CPHI is at the core of the pharmaceutical industry, they encourage guests to make the most of their time there by using the platforms to gather the necessary knowledge, contacts, and insights in advance. They will be able to grow more swiftly the following year if they do this.

The data, which includes in-depth analysis from two BioPlan Associates analysts, Vicky Xia and Joel Ranck, indicates that manufacturing efficiency is continuously improving globally, that automation is continuing to grow, and that capacity constraints will begin to ease in the medium term as new production is built and the lessons learned from the quick Covid vaccine scale-ups are applied.

Eric Langer, President and Managing Partner of BioPlan, added in response to the question of whether capacity constraints will be felt equally throughout various stages of development, that there is likely to be adequate bioprocessing obtainable at smaller (initial) scales, which include multiple CDMOs that are offering shorter waits and techniques for using single-use technologies. They will observe a stabilisation of the supply chain and an expansion of capacity during the next three years. Having access to human resources, qualified personnel, and competent workers with the necessary quality knowledge for GMP manufacturing will continue to be the main problem. Additionally, the difficulties in finding and keeping qualified employees will worsen as the demand for skills increases as a result of the development of gene and cell therapy pipelines and the rise of the Asian biopharma industry. Although hiring will be difficult for large-scale (late-phase and commercial), there will still be opportunities for physical bioproduction capacity, especially as the number of COVID contracts declines.

The much-heralded Chinese bio market was also recognised in the report as entering a gradual maturation stage, with somewhat slower growth rates anticipated over the coming few years. Chinese investors are becoming more picky and are seeking out actual first-in-class biopharmaceuticals to invest in. This indicates a slowing down of pricing and gradual fundamental changes for a market where biosimilars and biobetters are the dominant products.

According to Vicky Xia, despite all the enthusiasm, China still trails behind the US, the EU, and Japan in the discovery of novel drugs. Instead of developing first-in-class biotherapeutics, the majority, if not all, of China’s biopharmaceutical innovations are fast-follow or fall under the ADC and bi-specific categories. Biotechs are now thinking about the out-licensing model for revenue, letting go of their dreams to become fully-fledged biopharmas, as the industry is, of course, making modifications as its market prospects change.

The availability of CMO capability for development is one indirect result of the local biologic market’s change. Accordingly, five years from now, the report’s authors forecast that China will issue about 10 BLAs annually.

In 2023 and beyond, efficiency and production innovations will likewise go quickly, with titres rising year after year. According to the research, about 50.4% of vendors are focused on automation, and upstream clinical production is where single-use adoption is at its highest level ever at 62.9%. (up from just 45% in 2021).

Langer continued, Automation and Single Use Systems enable both local and large-scale bioprocessing while reducing expenses and the need for skilled people. Thus, the answer is yes. This is especially true given that so many suppliers are attempting to enhance and incorporate automation into numerous phases. They will witness its gradual acceptance over the next three years.