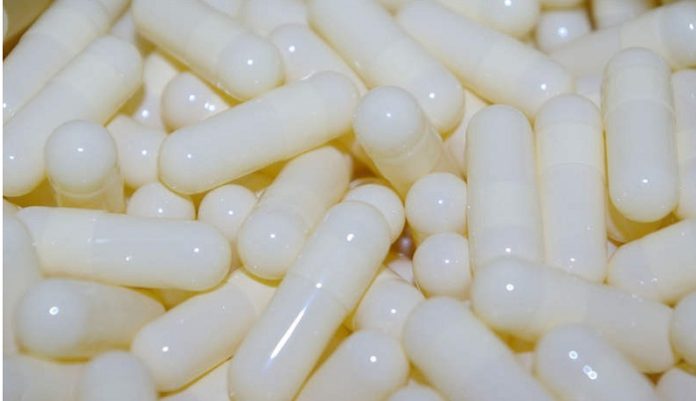 Amicus Therapeutics announced that the Agency of Medicines, Food and Medical Devices (ANMAT) in Argentina has granted approval for the first-in-class, oral small molecule pharmacological chaperone Galafold® (migalastat), as a monotherapy for the treatment of people aged 16 years and older with a confirmed diagnosis of Fabry disease (alpha-galactosidase A deficiency) and who have an amenable mutation. Galafold® is the first and only oral precision medicine for Fabry disease approved in Argentina.

Amicus is working with a local partner, Pint Pharma, to complete the requirements to launch Galafold® in the coming months. Argentina represents the first approval for Galafold® in Latin America. Additional submissions for marketing authorizations are under review or planned in this important region.

“The approval of Galafold® in Argentina marks a significant step for our oral precision medicine for Fabry disease in Latin America,” stated John F. Crowley, Chairman and Chief Executive Officer of Amicus Therapeutics. “With more than 400 people known to be living with Fabry disease in Argentina, we look forward to collaborating with Pint Pharma, to bring our patient-dedicated approach to the country. As many thousands more are estimated to be living with Fabry in Latin America as a whole, Amicus and our partners are committed to supporting people affected by the disease throughout the region, and we believe a significant portion may have amenable mutations that could benefit from treatment with Galafold®.”

David Munoz, Chief Executive Officer of Pint Pharma, stated, “The approval of Galafold® represents a major milestone for patients living with Fabry disease in Argentina and the region. We are honored to partner with Amicus and are committed to bringing a patient focused vision by supporting early and efficient access to innovative treatments.”

The Argentinian label for Galafold® includes over 350 GLA mutations that have been identified and determined to be amenable based on the Galafold Amenability Assay. It is estimated that between 35% and 50% of people diagnosed with Fabry disease may have an amenable GLA mutation.

Hernan Amartino, MD, Head of the Child Neurology Department at Hospital Universitario Austral, Buenos Aires, Argentina and Investigator in a migalastat clinical study, stated, “The approval and pending availability of Galafold® is great news for many Fabry patients in Argentina. Galafold® is the only approved oral therapy for Fabry disease with a mechanism of action designed to enable alpha-GAL A enzyme activity for patients with an amenable mutation. Galafold® has demonstrated meaningful results in previously untreated and treatment-experienced Fabry patients who have amenable mutations, and at one capsule every other day, at the same time of day, it is exciting for these patients to have a new choice of treatment.”

Florencia Braga Menendez, Director of Patient Affairs of Fundación Investigar, an organization committed to access to healthcare in Argentina, added, “We welcome the approval of Galafold® as the first oral precision medicine and first new treatment option in more than a decade, for people living with Fabry disease who have an amenable mutation in Argentina. We are grateful to those who invest in researching and bringing hope to families that await treatment for so many rare diseases. Even the promise of a new treatment is powerful – it makes us feel less invisible. Today is a big day for Fabry patients and for the advancement of precision medicine in Argentina.”

In addition to Argentina, Galafold® is approved in Australia, Canada, the European Union, Israel, Japan, South Korea, Switzerland and the U.S.

About Galafold® and Amenable Mutations
Fabry disease is a rare genetic disease and potentially life-threatening condition caused by the accumulation of disease substrate (globotriaosylceramide, GL-3) in the lysosome due to a dysfunctional or deficient enzyme. In patients with an amenable mutation, Galafold® (migalastat) works by stabilizing the body’s own dysfunctional enzyme, so it can enter the lysosome. Once inside the lysosome, Galafold® detaches from the enzyme, allowing it to break down substrate. An amenable mutation is one that results in an enzyme that can be stabilized by Galafold®. Amenability is determined based on a proprietary in vitro assay (Galafold Amenability Assay).

Healthcare providers in Argentina may access the website www.galafoldamenabilitytable.com/ar to identify which mutations are categorized as “amenable” or “not amenable” to Galafold®. Amicus, through its partner Pint Pharma, expects to submit additional updates to the website as additional GLA mutations are identified and tested in the Galafold Amenability Assay.

Important Argentine Safety Information
Treatment with Galafold® should be initiated and supervised by specialists experienced in the diagnosis and treatment of Fabry disease. Galafold® is not indicated for use in patients with a non-amenable mutation.

About Fabry Disease
Fabry disease is an inherited lysosomal disorder caused by deficiency of an enzyme called alpha-galactosidase A (alpha-Gal A), which results from mutations in the GLA gene. The primary biological function of alpha-Gal A is to degrade specific lipids in lysosomes, including globotriaosylceramide (referred to here as GL-3 and also known as Gb3). Lipids that can be degraded by the action of alpha-Gal A are called “substrates” of the enzyme. Reduced or absent levels of alpha-Gal A activity lead to the accumulation of GL-3 in the affected tissues, including heart, kidneys, and skin. Accumulation of GL-3 and progressive deterioration of organ function is believed to lead to the morbidity and mortality of Fabry disease. The symptoms can be severe, differ from person to person, and begin at an early age.

About Amicus Therapeutics
Amicus Therapeutics  is a global, patient-dedicated biotechnology company focused on discovering, developing and delivering novel high-quality medicines for people living with rare metabolic diseases. With extraordinary patient focus, Amicus Therapeutics is committed to advancing and expanding a robust pipeline of cutting-edge, first- or best-in-class medicines for rare metabolic diseases. For more information please visit the company’s website at www.amicusrx.com, and follow on Twitter and LinkedIn.

About Pint Pharma
Pint Pharma International SA is a company registered under Swiss laws, having its registered office at Route de Chenaux 9, 1091 Bourg-en-Levaux, Switzerland, and is devoted to the development, registration, and commercialization of specialty based treatments. Pint Pharma benefits from leaders with extensive experience in the pharmaceutical sector and who are based strategically throughout Latin America and Europe. Pint Pharma has a long track record of developing strong relationships with global pharmaceutical and healthcare companies. Pint Pharma strives to be the first Pan-Latin American provider of innovative and high value-added treatments within Rare Diseases, Specialty Care, and Oncology. 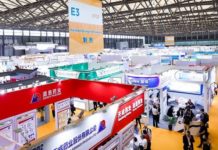 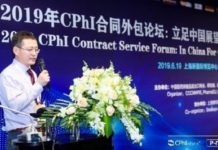 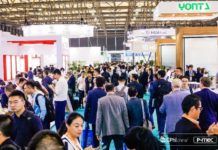