This milestone triggers a €12 million payment to GeNeuro from partner Servier.“The final visit of the last patient included in the CHANGE-MS study is a major milestone for GeNeuro and our partner Servier. It triggers a milestone payment and marks the end of the treatment of 270 patients with multiple sclerosis included in our Phase 2b clinical study,” saidJesús Martin-Garcia, CEO of GeNeuro.

“The post-hoc analyses of the study’s six-month data show promising results. We look forward to confirming these potential benefits after the analysis of full 12-month results, expected in March 2018.”

The study endpoints at 12 months will include MRI measurements of inflammation and neurodegeneration, clinical parameters, and biological markers, including pathogenic protein pHERV-W Env. This protein is thought to be a potential causal factor in the development of multiple sclerosis and may play a specific role in the development of inflammation and the inhibition of remyelination.

The primary endpoint, unmet at 6 months, was the efficacy of GNbAC1 at 24 weeks based on the number of inflammatory lesions on brain MRI. However, post hoc analyses of the study’s six-month data showed an anti-inflammatory effect in active patients at 24 weeks, with the highest of the three doses tested (18 mg/kg). Furthermore, a promising effect on the remyelination process was observed with the same dose at 24 weeks.

CHANGE-MS is a Phase 2b randomized, double-blind, placebo-controlled study conducted in 270 patients with RRMS in 50 clinical centers in 12 European countries. It is fully funded through a partnership with Servier signed in 2014. Servier is involved in the development and potential commercialization of GNbAC1 in multiple sclerosis in territories ex USA and Japan. Under this agreement and depending on achievement of development milestones, GeNeuro could receive a maximum of €362.5 million, excluding royalties.

About Multiple Sclerosis (MS)
MS is a disease of the central nervous system (brain, optic nerves and spinal cord) that affects more than two million people worldwide, with most people being diagnosed between the ages of 20 and 40 years. MS is the consequence of inflammatory processes directed against the myelin sheath, a protective sleeve surrounding axons, the communication channels for neurons. Myelin damage prevents the axons from functioning properly and leads to their degeneration and neuronal loss. It slows down or prevents nerve impulses from travelling between the brain and the rest of the body, thereby causing the symptoms associated to this disease. Relapsing-remitting multiple sclerosis (RRMS) is characterised by infrequent, acute exacerbations often with full or partial recovery between attacks. It is the most common form of MS and accounts for around 85% of all cases at onset.

About GNbAC1
The development of GNbAC1 is the result of more than 25 years of research into human endogenous retroviruses (HERVs), including 15 years at Institut Mérieux and INSERM, a French national medical research institute. Found in the human genome, certain HERVs have been linked to various autoimmune and neurodegenerative diseases. Researchers have demonstrated that the retroviral envelope protein associated with a pathogenic form of HERV-W [pHERV-W, formerly referred to as the Multiple Sclerosis RetroVirus (MSRV)] has been identified in brain lesions of patients with MS, particularly in active lesions, and in the pancreas of T1D patients. By neutralizing pHERV-W Env, GNbAC1 could at the same time block these pathological inflammatory processes and restore remyelination in MS patients and maintain insulin production in T1D patients. As pHERV-W Env has no known physiological function, GNbAC1 is expected to have a good safety profile, without directly affecting the patient’s immune system, as observed in all clinical trials to date.

About GeNeuro
GeNeuro‘s mission is to develop safe and effective treatments against neurological disorders and autoimmune diseases, such as multiple sclerosis or Type 1 Diabetes, by neutralizing causal factors encoded by HERVs, which represent 8% of human DNA.
GeNeuro is based in Geneva, Switzerland and has R&D facilities in Lyon, France. It has 31 employees and rights to 16 patent families protecting its technology.
For more information, visit: www.geneuro.com 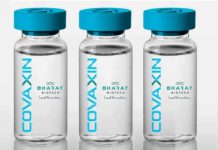 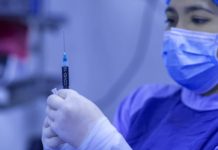 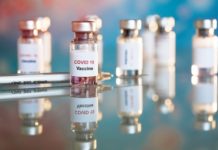 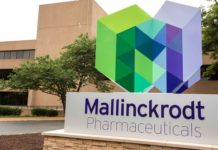 Cancer Treatment Can Be Cloned For COVID-19